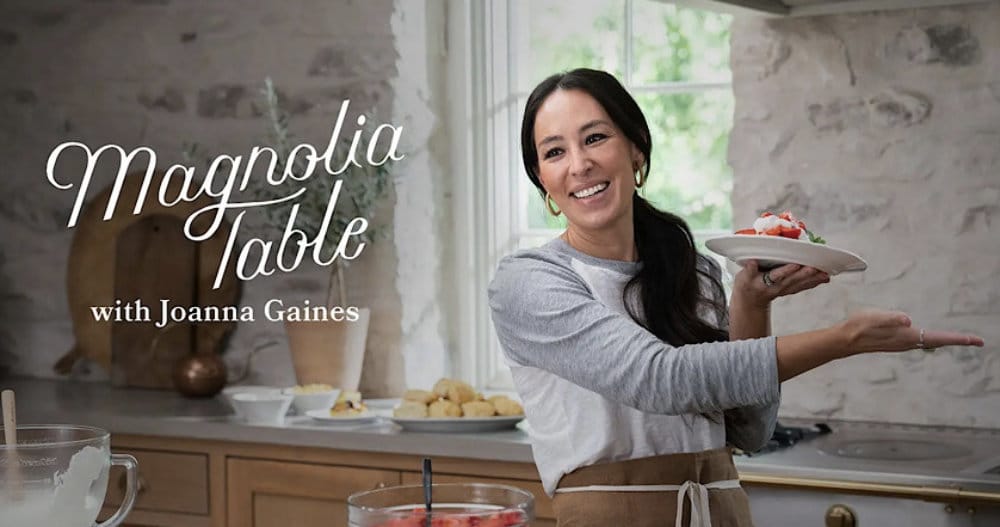 Have you seen Joanna Gaines’s new TV series Magnolia Table? Like many of us I became besotted with Joanna and her practical, common sense, yet chic style on the Fixer Upper series she did with her adorable husband, Chip. Joanna’s new series, Magnolia Table, takes its name from their restaurant in Waco, Texas, as well as her best-selling cookbook. In Joanna’s new series, I’m drawn to her kitchen because, except for her fancy stove, it looks as though it’s been lifted straight from the architectural plans for the house James and I never got to build.