It is Furnished Mother 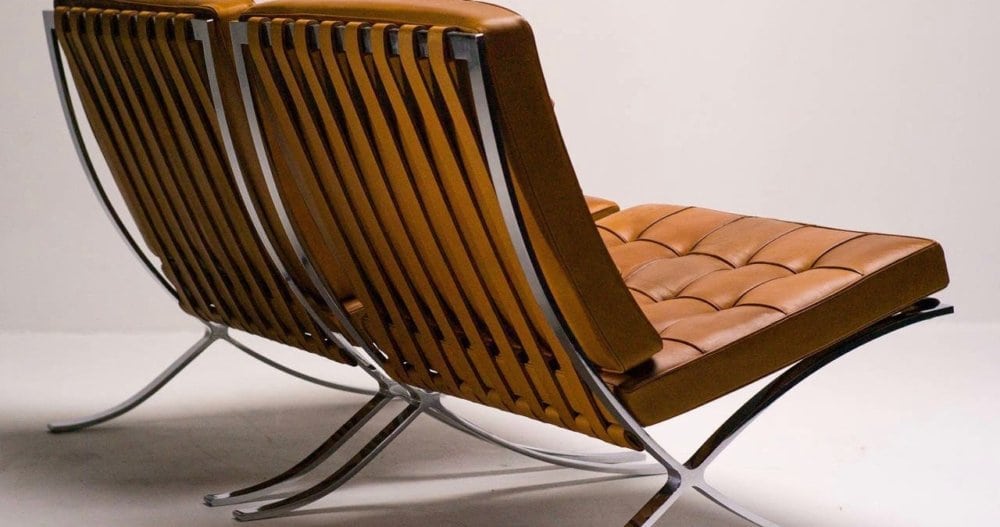 Considering my rocky start, it’s a wonder I’ve developed anything that could be considered style. In college my decor was Early Affordable which included bookshelves and an “entertainment center” made from bricks and boards found in an alley. My dining table was a giant wooden spool that once held telephone cables, and the dining chairs were smaller versions of the same spool.

Least you think I’m too matchy-matchy, the smaller spools just happened to be in the same alley.

As far as my first furniture purchase, I have no excuse for this appalling lapse in judgement other than it was the 70s. I bought a yellow-green, striped sofa. I know… It looked like something Sly and the Family Stone would have worn with platform shoes.

When my first husband and I moved into a rental house, we brought the sofa with us. I purchased a round, butcher block dining table and reproductions of Thonet’s, 1920’s Bentwood Chairs. The chairs were the beginning of my interest in the Bauhaus period of the 20s and 30s. The designs of Mies van der Rohe and Marcel Breuer opened up a new world which also led me to discover European Art Nouveau and Art Deco.

We then moved into the rental property of the century: a three-story, ,400-square-foot infamous house that had been headquarters for Nazi sympathizers during WWII. Then it became a casino, a house of prostitution and had been abandoned for years. With a white exterior and red, Spanish tile roof, it sat on the highest hill in San Antonio, surrounded by 22 fenced acres with a gate at the foot of the hill, no neighbors and a spectacular view of the city. Built in the 1930’s, the inside was magnificent Art Deco with curved, serpentine walls and coved ceiling lights, Honduran mahogany, the original dental molding trim and dramatic tiled bathrooms. 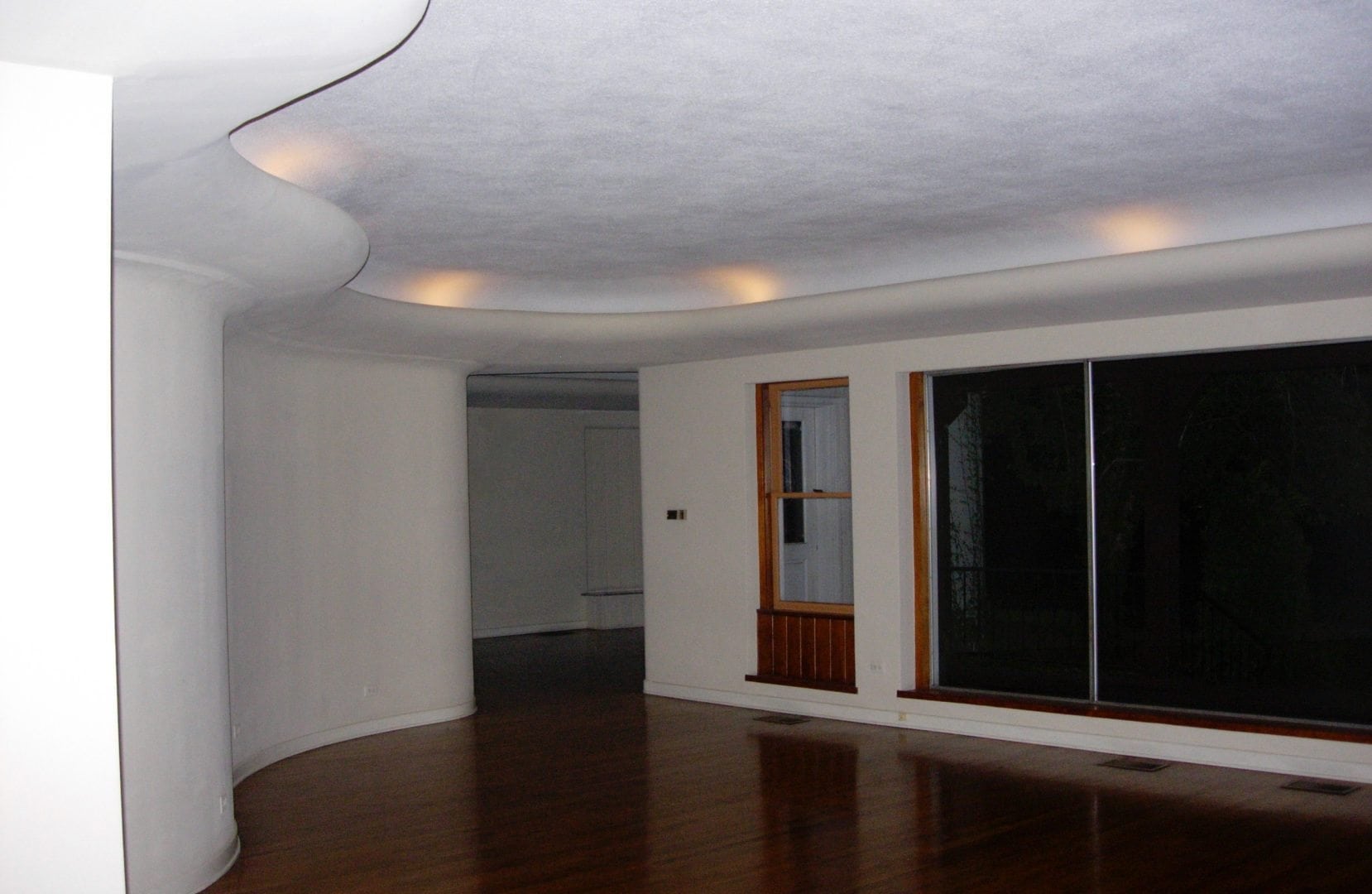 We ditched the yellow-green sofa and replaced it with four, black beanbag chairs; six, braided-trunk, ficus trees in giant terra cotta pots; an eight-inch telescope; an Ernest Trova lithograph and a Castiglioni Arco floor lamp, both from Pace Gallery in NYC. It was 70’s hip and cool until we returned from a trip to discover Blanche Dubois had used the beanbag chairs as her litter box…

Eventually we bought this fabulous old house, and over the years, it honed my natural inclination to be a minimalist. My mother-in-law once said, “This will be great when you get it furnished,” to which my husband replied, “It is furnished, mother.”

By then we’d purchased two Barcelona chairs; a black, down-filled sectional and a Tobia Scarpa, leather Soriana chair and ottoman, all from Knoll.

These are the only digital photos I have. When I unpack my prints, I’ll write another blog and share them.

Decades later I furnished the Little House (22 feet x 22 feet… the whole house) at the ranch with a pair of brown, Art Deco, leather club chairs in front of the fireplace. They worked well with the 1900’s, Heywood-Wakefield, pine, drop-leaf dining table and my old Oushak rugs. 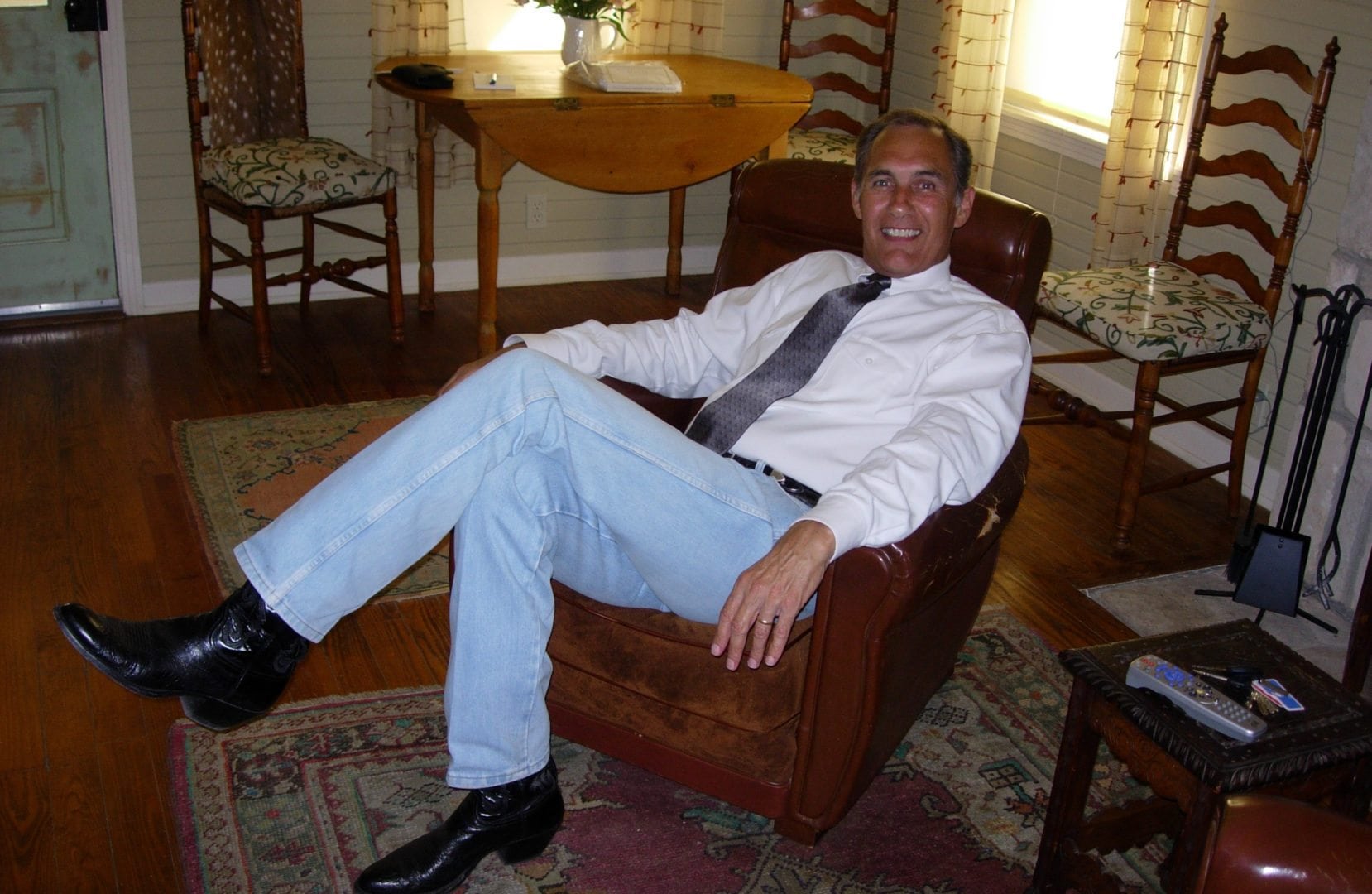 James at the Little House with the leather club chairs, Oushaks and pine table.

Now I’m redoing a house I bought for just me. While I’m still a minimalist, many of my things I’ve had since my 20s. Like good clothes, they’re classic investment pieces that work well together, and like a photo album, they’re full of all kinds of memories.

FRESH SUMMER RECIPES FROM THE GARDEN