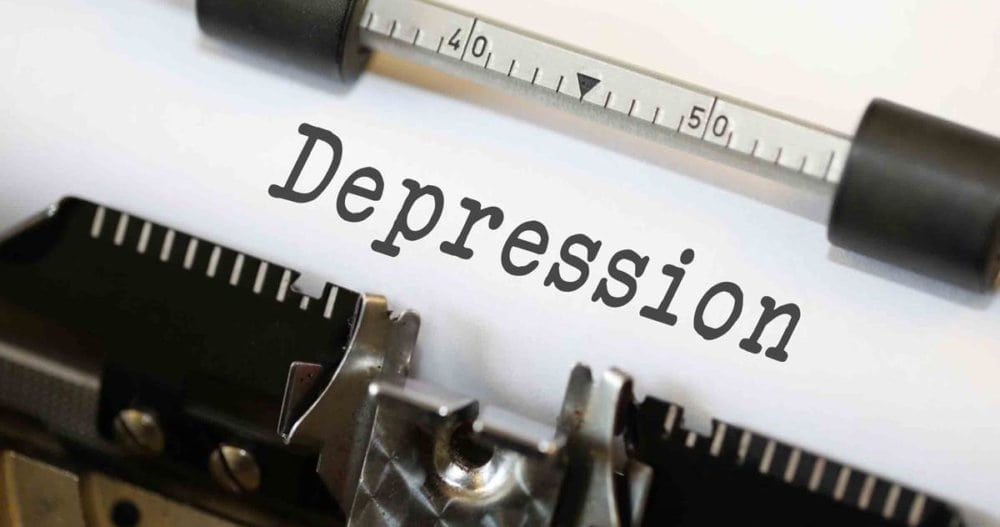 Most of us have experienced depression from time to time, but did you know the worst thing we can do about it is to do nothing? If you’re like me, perhaps you’ve had situational depression that resolved itself when the circumstances that caused it were resolved. Or like me, if you’ve also had a longer, more severe depression that blankets you in a dark shroud, you may decide that like your less severe depression this, too, shall pass. But what if it doesn’t? I don’t know if this is a medical term, but sometimes I’ve thought of myself as functionally depressed.

In other words I show up for life and get my “to do” lists accomplished, but it can be a struggle.

More than 40 million Americans are living with the effects of major depression, bipolar depression, anxiety-disorders and schizophrenia. And more than 70 percent of people suffering from depression have not received any kind of treatment… which is what makes depression so dangerous.

Depression and other mental health issues are nothing to be ashamed about. Doing nothing about them is what’s shameful.

Women with depression often suffer in silence, self-medicating with alcohol and/or prescription drugs. While alcohol delivers an initial high and temporarily lifts the weight of their problems, the depressant effects of alcohol will bring them down, making their depression worse.

I watched my first husband become addicted to an endless supply of cocaine and then copious quantities of vodka with a chaser of valium to cope with his depression. His often violent Jekyll and Hyde personality swings were terrifying. After watching this brilliant man self-destruct, I developed a healthy respect—actually more of a fear—of drugs of any kind. I’m also severely allergic to a large percentage of prescription meds, and two drinks give me a hangover. Since I’m not a candidate to abuse drugs and alcohol, and I’m afraid of trying antidepressants, I’ve had to seek other methods to deal with my depression.

After my second husband, James, died I sunk into an all-consuming quicksand of depression that scared me. While I didn’t think I’d harm myself, I couldn’t bear the thought of living day after day with such feelings of despondency.

I saw my family physician and a therapist. Both knew of my allergies and my fear of drugs. When I suggested I listen to Guided Imagery audios for my depression, they gave me their short-term permission with the promise if it wasn’t working, I would contact them immediately, and we would look into antidepressants.

NOTE: I am not recommending Guided Imagery instead of taking antidepressants. I’m just telling you my story. I am, however, strongly urging you to get help to alleviate your depression.

I’d had lots of practice with Guided Imagery, and I already knew it worked. Since my late 30’s I’ve used Guided Imagery to cope with my first husband, his cancer and death, the boyfriend from Hell, my breast cancer and getting over the punk who stalked me at high speeds down eight miles of a dark, twisty, country road.

Dr. Andrew Weil describes Guided Imagery as a “traditional mind-body technique that is also considered a form of hypnosis.” It offers visualization—or “guided imagery”—to relieve pain, assist with healing, insomnia, anxiety, depression and prepare for surgery. I’ve used Guided Imagery, successfully, for all of these things.

The best and most well-respected of the Guided Imagery audios are by Belleruth Naparstek, a former social worker and former teacher at Case Western Reserve University. She is considered the “founder” of Guided Imagery. Her PTSD audios are used by the U.S. Armed Services and the Veterans Administration where they’ve achieved amazing results. If you’re interested in Guided Imagery, please take a look at her site, HealthJourneys.com and read the stories of the people she’s helped.

To help my depression after James died, I listened—a lot—to Naparstek’s audio “Guided Meditation to Ease Grief” and her “Meditation to Help You Relieve Depression.” As long as I listened to it on a regular basis, my depression lightened to the point I didn’t think about it. I stopped listening for a couple of years, and I became depressed, again. Since January of this year, most mornings I’ve listened to her “Affirmations to Help You Relieve Depression” on my iPad while I’m doing my makeup and getting dressed. You can download all of her audios onto your mobile devices. It’s changed my outlook and my life. I will say, if I go for a week and don’t listen, I find myself backsliding into my depression, so for me, Belleruth Naparstek’s audios are my daily antidepressant.

An interesting side note…  Every day Annie and Lulu, my 17-month-old puppies, stop chasing one another and sit side-by-side on the end of my bed while I’m playing Belleruth’s audio.

Next week I’m interviewing Belleruth Naparstek. Because I’ve listened to her voice for so long, I feel like she’s an old friend. I’m excited to get to know her and will tell you all about it. In the meantime, IF YOU ARE FEELING DEPRESSED, DESPONDENT OR THINKING ABOUT SUICIDE, call your doctor, a church in your neighborhood or the National Suicide Prevention Lifeline at 1-800-273-TALK (8255).

DIVA FOR A DAY

THE STORIES WE TELL OURSELVES

Are Your Clothes Weighing You Down?