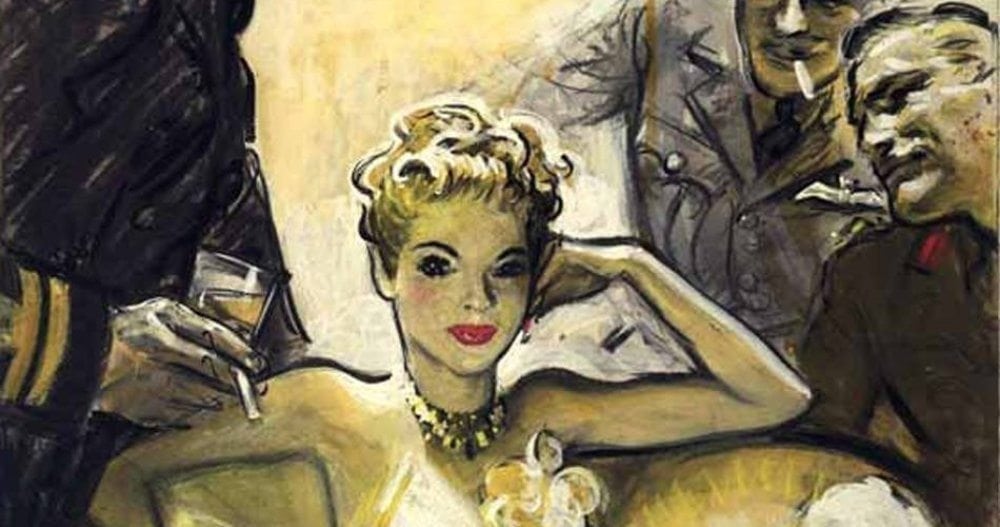 If you watched this year’s Emmy’s you may have seen Sofia Vergara, standing on a rotating circular pedestal while the Academy of Television Arts & Sciences president gave his usual blah, blah, blah speech. For the audience, Vergara’s infamous curves were an entertaining distraction to an otherwise boring part of the show. Afterward, women’s groups and online sites like Salon and Jezebel criticized the bit as “super sexist” and “pathetic.” Seriously ladies? Me thinks thou hast taken political correctness too far! If you want to talk about the unwilling sexism women encounter in the workplace, the board room, or raising startup capital, then step aside, because I can go on until you tell me to stuff a sock in it.

“WHAT ARE YOU TALKING ABOUT? MAKE IT VA-VA-VOOMIER! MORE IS MORE! EVERY WOMAN… EVERY BODY… WORK WHAT YOU’VE GOT!”

Ms. Vergara was clearly in control, having fun with her tongue-in-cheek portrayal of a sexy car show model, hired to make us walk past the Honda and take a closer look at the Mercedes. The only thing under this model’s hood, however, is a savvy comedic understanding of her own image; something that’s made her wealthy, beloved and the winner of numerous Emmys.

From the first moment Sofia Vergara came onto the screen, she’s charmed us with her humor, her beauty and her ability to laugh at herself. Even better, there’s never a hint she thinks she’s “all that.” Since her first Diet Pepsi commercial, she’s skillfully underscored her sexy, flirtatious nature. In her first Cover Girl commercial she playfully said, “I want to look natural… not naked.” Her Kmart commercial last year begins with her drawing a bigger bust and hips onto a sketch of a skinny woman, wearing Vergara’s new Kmart clothing line.

The man onscreen next to her says, “I think you’re drawing yourself, again.”

Puzzled, she looks at him and replies, “What are you talking about? Make it va-va-voomier! More is more! Every woman… Every body… Work what you’ve got!”

This is not a woman who’s being taken advantage of. To the contrary. If anyone’s taking advantage of her persona, it’s Ms. Vergara. With a wink and a grin, she seizes the opportunity to celebrate the things that make us talk about, and like her in the first place.

One of my favorite pieces of graphic art is the British World War II poster, “Keep Mum, She’s Not So Dumb!” While the beautiful woman languishes on the sofa, the British officers discuss the war, oblivious that she’s a spy. Like Vergara, the sexy, blonde is not just pathetic eye candy. She’s on a mission, and she knows exactly how to get what she wants.

As this new crop of feminists are crying “sexist,” may I suggest that instead, they keep mum? From where I stand, the only one who’s not so dumb is Sofia.