The Voice in the Baby Book 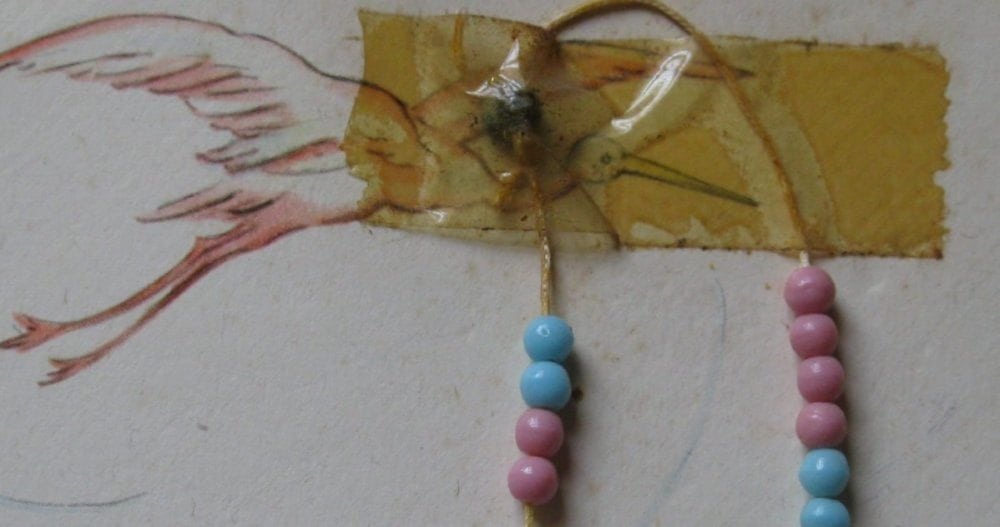 Years ago my mother was visiting from Long Island. With fanfare she rarely called into action, she said, “I brought something for you.” She pulled my baby book — old and worn — out of a  supermarket bag. I could tell she had planned a little ceremony surrounding the hand-off. I tried not to show it, but I was not pleased.

She was being practical. My mother was always practical. She said something about not wanting it to get lost, and then her voice trailed off a little. She was talking about a time when she and my father would no longer pull up in front of my house and stay the weekend. She was preparing for a future when we wouldn’t be able to gossip at my kitchen table over a glass of wine, or catch up on what my kids were up to.

I didn’t like it one bit. I wanted the book to stay on the shelf at her house, where it had always been. I didn’t want to be the grown-up in the family yet. That was her job.

But I took it from her that day. And now the baby book lives on my shelf, with the other three baby books I wrote in (the third one sparingly, my third-born would tell you, rolling her eyes). I don’t know when their books get shuffled off to their homes. Not yet.

I haven’t opened mine in a long time, but I did today. We had a new baby born into the family recently, and every time that happens, it seems like a good time to revisit it. And every time I do, I learn a few things I’d overlooked before.

My mother was a stickler for details. But on her first try, she got not only the day of my birth wrong, but the month, too. And her corrections are in a different color ink. Translation: I’ve never been this tired in my entire life. There must be a medical term for this level of exhaustion.

In 1950, people were far less worried about babies swallowing beads. And the identification bracelet was tied to my wrist with a piece of twine. I can see this was not a foolproof system, but feel pretty confident I landed at the right house anyway.

My parents thought I was the most beautiful baby ever born despite concrete evidence to the contrary. This is clear from the breathless notes she includes about how gorgeous I was. I looked like a dark, hairy turkey. Apparently they did not notice.

I came from an extended family of comedians. My Godmother wrote in a letter to my parents: “When Ed called this A.M. I was only half awake and forgot to ask who Little Linda looks like — Mama, Papa, or the Bendix fixer? . . . I hope she has Mama & Papa’s disposition — but please, God, let Linda look like the Bendix fixer!”

When I open the baby book, I study my mother’s quirky handwriting. I picture the exhausted young woman, only 22, thinking she’d better write down what happened that day. Maybe even back then she was thinking that someday — far in the future — I could read it and know the little bits of my history that only she knew.

I wonder if she realized I’d hear her voice again, too. I’ll bet she did.

About Booker and Verlene