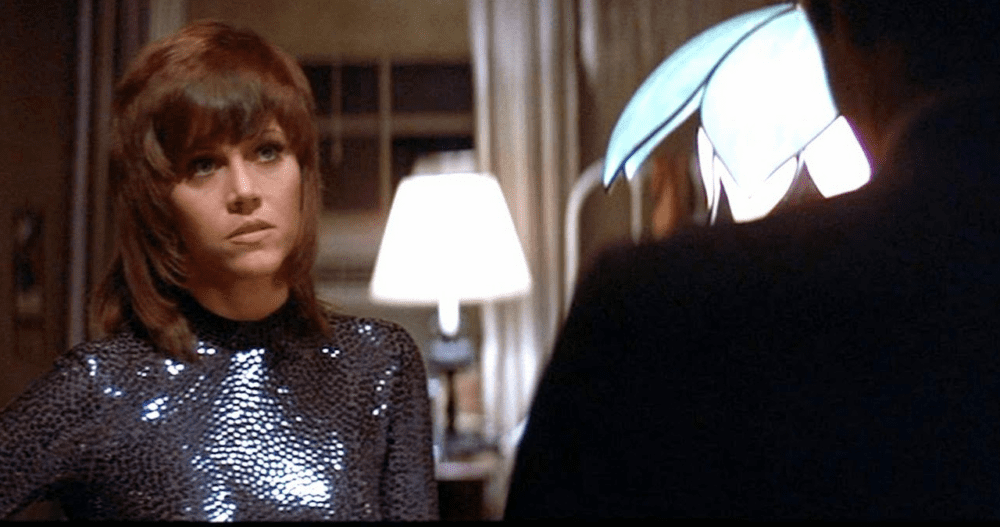 Sometimes I’ll rewatch a film I’ve matured into like Alan J. Pakula’s 1971, dark thriller, Klute. It’s not that it was beyond my comprehension when I saw it the first time in the theater. But having seen it again, recently, I better understand the motivation of prostitute, Bree Daniels, and Jane Fonda’s Academy Award-winning portrayal of her.

Bree was light years ahead of me when it came to understanding men.

Bree realized men came to her for more than just sex. In many cases they wanted compassion. While she stayed arm’s length from her clients, it was her own loneliness and vulnerability that made her compassionate. That may sound like an odd choice of words to describe a prostitute. Actually it’s a Catch 22. Bree’s jaded, off-the-grid lifestyle isolated her, but it was what also enabled her to see into the dark lonely places inside the men she encountered and to better understand what they needed.

“I love inhibitions, because they’re so nice to get rid of.”

The world has changed a lot since 1971 and Klute, especially with the relationships between men and women. During the last year our society has found itself in the midst of the #MeToo movement, and women are outing men who’ve sexually abused or offended them in some way. And in return men are scared of making any kind of move to get to know a woman or to hire her.

I’ve been sexually assaulted by men in power, so I’m not unsympathetic, but in many ways it seems the #MeToo movement has backfired on women. Whether it was intentional or not, today’s young women have put a fence around themselves and have alienated themselves from men and from jobs.

Tonight on the national news there was a story about a law requiring companies to have a quota of female employees and to bring women on their board of directors. At least Bree Daniels was selling something men weren’t afraid of, and she was setting the rules for what she was paid and how she would be treated.

I wouldn’t be surprised to learn there are lots of young Bree Daniels on the scene, filling a need with “compassion” and the inherent, unthreatening understanding there will be no public outings or legal harassments.