What Lurks In The Storage Unit? 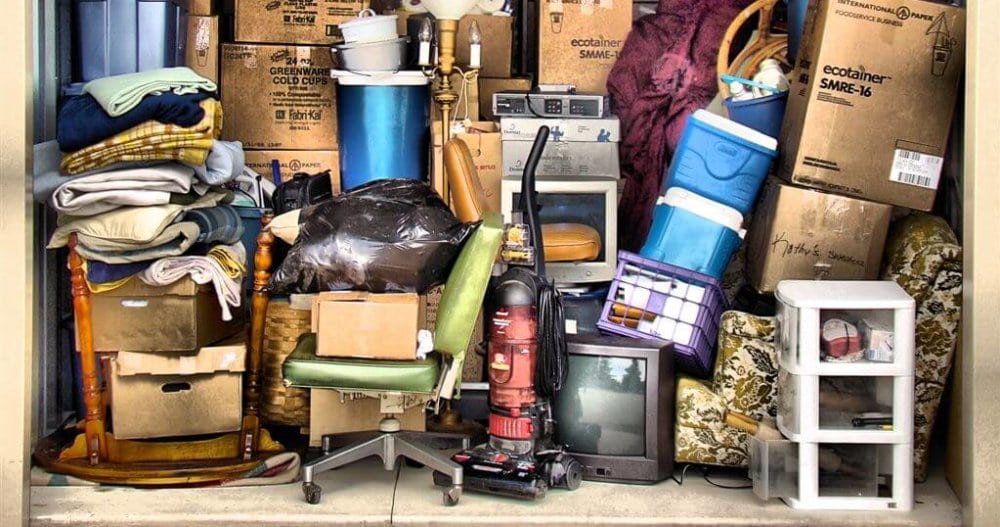 In preparation for the move back into our newly renovated house, I’ve been coordinating the reduction of boxes and furniture that have resided in storage for far too many moons. It’s a cumbersome task, particularly for someone who ascribes too much significance to inanimate objects. It’s taken me years to convince myself that giving away mother’s dining room chairs was not an act of emotional treason, but a pragmatic decision that helped a family in need, while making space in my own home.

My father lived a relatively uncluttered life. He bought what he needed, used what he had and replaced things only when necessary. After my mother passed away, I watched with amusement as certain household items that were “hers” were donated or thrown away to de-clutter a room. Magazines, knick-knacks, odd scissors or gadgets that were useful–maybe once a decade–were often found in the bags headed to the local transfer station. Like my mother, I’ve always been more of a “stuff” person. I have a handbag and shoe collection that could fund a college education, and I’m hard pressed to leave an art supply store without confirming I have every shade of every color of whatever medium I’m practicing at the time.

Dad and I always had a close relationship, but I think we regarded our cluttered versus non-cluttered personalities as if each had somehow inherited a recessive gene, and it wasn’t something we felt comfortable discussing.

Working my way thorough one of dozens of crates in storage, I came across my father’s stamp collection. Dad always talked about his collection with interest but not too much enthusiasm. It was something that was always there, but never particularly visible, at least to me. I always made a point of picking up a package of foreign stamps when I was abroad, but other than that, I was never an active participant in his philatelic pursuits. So when one notebook of neatly catalogued stamps led to another and yet still more, I was shocked: Hundreds of stamps, thousands of stamps, tens of thousands of stamps, some in formatted books, some randomly attached with scribbled notations, many more in file boxes.

This collection represents a lifetime of interest. There were postcards with dates from the 1920s and 30s; letters sent to Johnny when he was a child by some friend or relative who knew of his interest and wanted to cultivate it; carefully wrapped stamps from Korea and Japan he acquired during his war tenure; fresh sheets of new releases from the year he died.

I was becoming dispassionate in my approach to culling through the items in storage, but the discovery of my father’s stamps made me stop and think. Inside these books was a man who was passionate about his hobby, thrilled with a new addition to his vast collection. A man I hardly knew. I find myself becoming re-attached to things that have no practical value, as they are now links to the personalities that shaped my own. I learned a lot about a man I knew so well this weekend, and wished I had the opportunity to ask him questions about something that clearly meant so much to him. Perhaps the take away should be his quiet, resonant voice in my head, telling me to hold tight to memories, but stop wasting time and money holding on to things.

Bras Are Hazardous to Your Health

NOW IT’S JUST ME AND ANNIE