Do You Weigh Yourself? 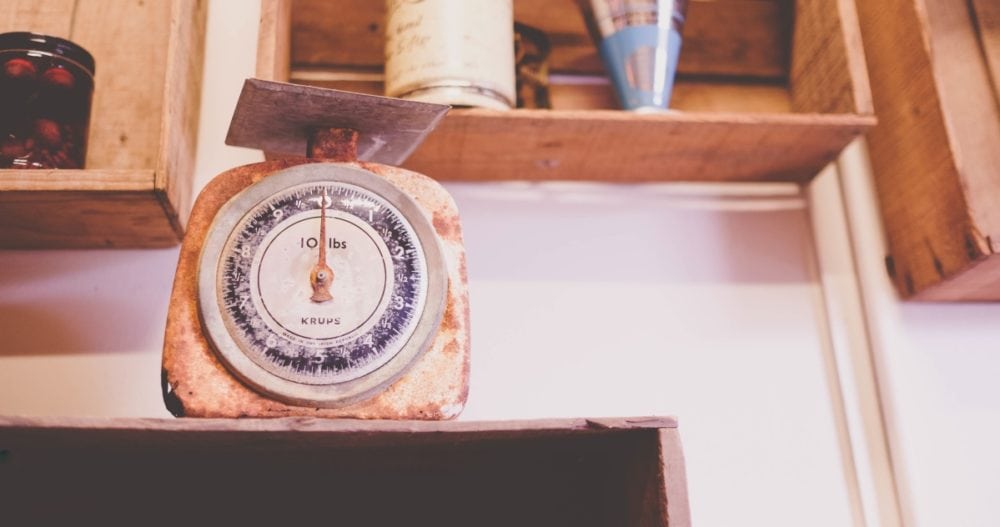 You know how some people say they don’t weigh themselves? I’m one of those. For some people, weighing themselves reassures them that everything is on track and keeps them motivated. For me, it was something I’d done since I was eight years old, and eventually I felt like I was doing myself more harm than good.

So, almost a year ago, I stopped weighing myself.

I’ve since discovered there’s a perception that people who don’t weigh themselves don’t care about their weight. Whilst this may be true for some, I’ve come to the realization it’s not true for me – despite the fact I once claimed otherwise.

If I didn’t care about the number, then it wouldn’t negatively affect my decisions and mood, but it does. A friend suggested that all I’ve done is elevate the power of a number over my personal power – and maybe she’s right – but what I do know is that tossing the scale has changed everything for the better. It’s certainly played an important part in helping me focus on defining and developing habits that feel sustainable, rather than chasing the next “quick fix.”

Stepping off the scale felt more like getting off an emotional roller coaster. I no longer feel a deep sense of shame about my weight, and it’s completely shifted the way I see myself. I finally stopped obsessing about the same 10 pounds I’ve repeatedly lost and gained for years, and instead, focus on how I want to feel.

If weighing yourself is sending you into a regular spiral of shame and robbing you of your happiness, then it could be worth your stepping off the scale, too.

Whilst some may argue that wanting to weigh less is an anti-feminist, trivial pursuit, and I should weigh myself and claim my power – regardless of the number – my experience with ditching the scale has been nothing but positive. As a result, I love my body and find joy in food, but I think and talk about both much less and discuss and do far more interesting things instead.

The subject of weight is grey and immense, and the answers on how to solve the associated issues are long, complex and psychological as much as physiological. No one person has the ability to address everything and yet we’re constantly being sold the idea that there is one solution, be it a program or therapy or whatever worked for the person selling it. Never mind that every single one of us is unique, and therefore what works for me may not work for you and vice versa.

If you take only one thing away from this series, I hope it’s this: The only right way to get fit, healthy and deeply connect to the woman within is the way that feels right for you. So maybe you’ll keep weighing yourself, or maybe you won’t.

I know this much for sure; I won’t be climbing back onto my scale anytime soon.

The Pro-Body Project is published fortnightly. You can read the first entry here or the next entry, “Remember Why You Started” here.