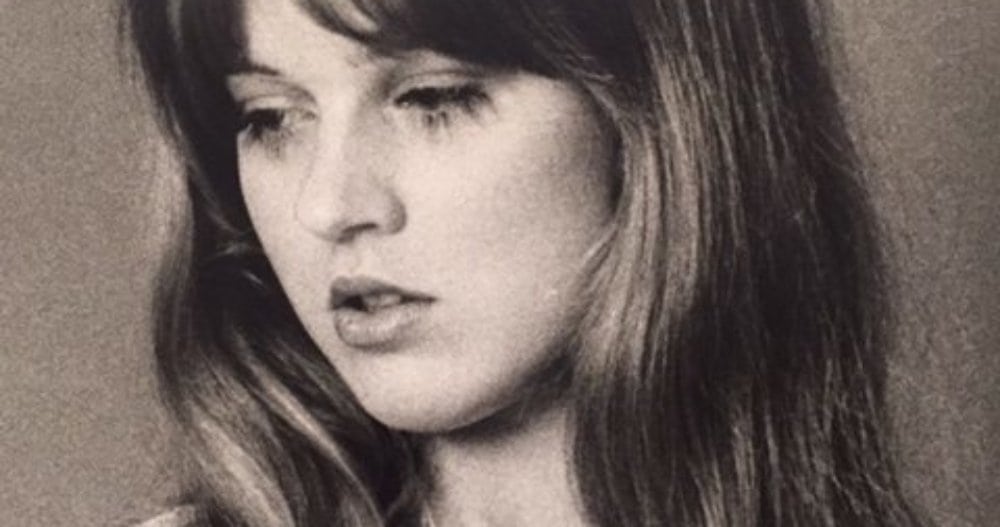 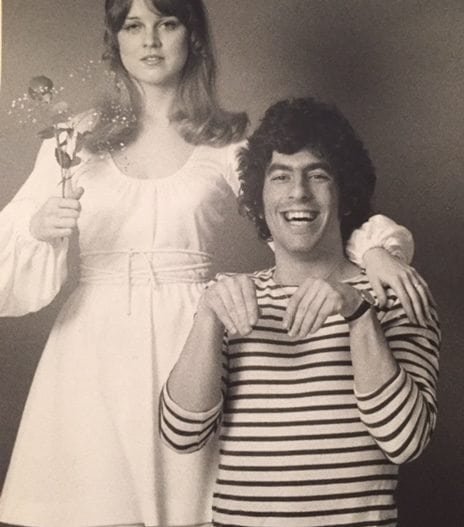 Me and Adam Linter, 1969. Who would have thought this guy wouldn't want to go to Woodstock?

It was August, 1969. I was married to Adam Linter who managed a club called The Salvation, on 1 Sheridan Square in New York City’s West Village. I used to go there early in the evening to dance. One night Jimi Hendricks was there, all by himself, just tuning his guitar. No one else was there. He saw me and sang a minute of “Foxy Lady,” then took off his wristband and gave it to me. It was animal skin.

Sharon Tate and her friends had just been slaughtered by the Manson Family. Photographs of her were everywhere on the news. My memories of this time are mixed. On one hand, one of my idols–Tate–had been brutally killed, but I turn around, and there is Jimi Hendrix. I bought him a drink.

I remember I’d done my makeup that night to honor Sharon Tate. I created a dark eye hollow that contrasted with a lighter shadow on the eyelid. My favorite shade was “Heather,” by Elizabeth Arden, I purchased at Bonwit Teller… Funny the things you remember. I was also wearing very fake-looking, individual lashes. They came, uncut, in a box, and you would cutoff what you needed. They were striped blonde and black, to look natural. Ha! I did them on the bottom lashes, too.

A few nights later I was there, again, dancing. The Salvation had gorgeous British waitresses working there. One named, Janni, came over to me. She looked like Kate Moss: disheveled blonde hair with roots showing; green, chipped, Diamante nail polish; skinny as a whip and wearing satin pants and “Granny takes a trip” platform boots.

“A friend of mine has a helicopter, and he can helicopter us into Woodstock,” she said. I will never forget Janni saying “helicopter” in that British accent.

My husband, who was a fierce rock ‘n roller, was in full-on hippie mode then… beard, freak flag flying. I thought he’d be the first to say “yes,” but he said, “Nnnnnooo way!” and convinced me not to go. Who knew he was conservative!

Secretly I was relieved and secretly saddened at the same time. I wanted to go. All I needed was a push, but at this point, I had never done any drugs, so I think after 24 hours at Woodstock, I would have wanted to leave. So, no regrets… Maybe a little bit of regret… Saying, “I went to Woodstock” would have been as good as saying “I went to Studio 54,” which I did a lot.

Still, I saw Jimi, and he did give me a nod and a “Foxy Lady” and a wrist band. 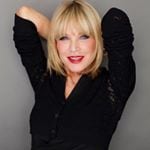 Nana and Popop are Coming

Thanks For the Lowly Rubber Glove