Tales from a Convent Convert 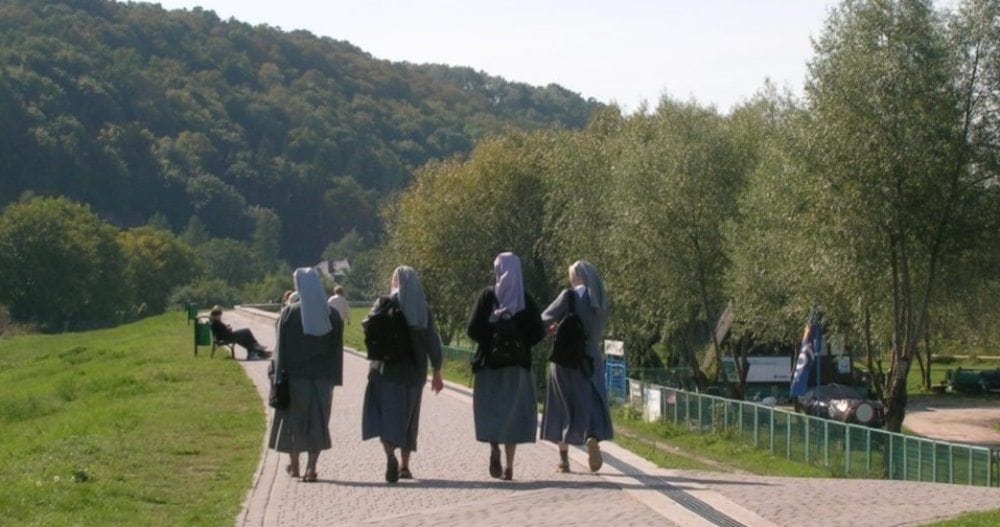 Last weekend a friend and I went to a convent. No, we did not sign up to be Sisters. In spite of the occasional appeal of a place without children or men, I fear the vows of chastity and poverty might prove problematic.

We went for a one-day quiet retreat. The start of the school year is always overwhelming, and I thought it would be nice to have a day to meditate and journal.

The convent was beautiful with lovely gardens and little corners where we could tuck ourselves away. The forecast was for rain so the first thing we did was the labyrinth, a walking meditation through a circular stone maze. It takes just enough concentration that it’s impossible to worry. Worrying is my cardio, so this is quite the feat. In the centre of the labyrinth was a very large stone on which some people had made offerings of pebbles and other tokens. A few people had left one earring behind and someone had left fifty cents. I did not feel compelled to leave anything.

Lunch was totally silent except for the saying of grace. We were dismissed table by table and allowed to serve ourselves from a buffet of Moroccan chicken, vegetables, and rice. Food tastes so much better when you are silent. I suppose silence dials up the other senses, like in those restaurants that have you dine in total darkness. I think silent dining is a practice I should employ from time to time.

The convent also provided ice cream served in giant commercial-sized tubs. I’m not sure if it was the nuns or the theology students who were indulging themselves, but that ice cream disappeared faster than at a 4th of July picnic on the hottest day of the year. We noticed some people ate their ice cream before their meal. Secretly I hoped the nuns were the guilty parties: It would be nice if they had one vice.

In the afternoon my friend and I tried our hand at meditational coloring. Apparently the Sisters have been providing coloring materials as a form of meditation and prayer decades before the current adult coloring craze. I worked on coloring my way through a complicated maze in the shape of a Celtic cross, and it was wonderfully restorative.

We finished the day by sharing our experience with the other participants.

Everybody there was looking to be healed, and we all experienced healing.

The one thing my friend and I noticed was how beautiful everyone looked. Being at peace is attractive. The other thing is how quickly the time went. I’d been worried a full day might be excessive, but the day flew by.

Many convents offers retreats like this one for a very reasonable price. If you’re feeling tired and burned out, I urge you to take Shakespeare’s advice and “get thee to a nunnery” posthaste.

Animal Print With a Pop of Color

My Leftovers: Scattered, Not Boxed

STAY OUT OF TROUBLE ON VACATION

O IS FOR OPTIMIST