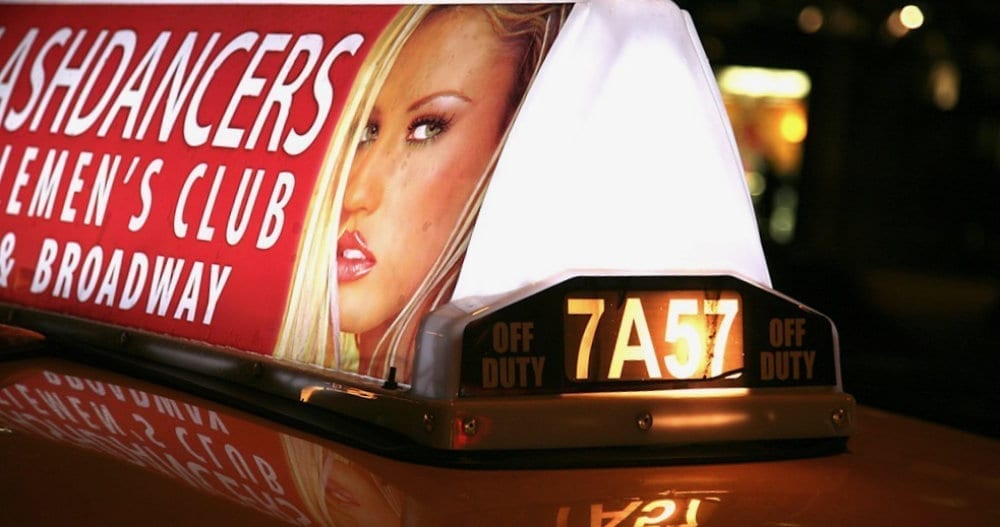 Last week a girlfriend told me about a group in San Antonio that’s looking for female mentors to help young women who are exotic dancers. Our conversation reminded me of a dancer I met in my 20’s. I wrote this piece soon after. Since most of us will never meet an exotic dancer, I thought you might find her story interesting, insightful… and sad… and because not all of us had ideal childhoods… It might make you think about how she wound up in this position but you didn’t?

The naked blonde undulating down the runway oozes with sexuality in a dance she does five times a night, six nights a week, and her skin looks smooth and creamy under the lights. The men who watch her are all alike. Cash registers who dispense twenty dollar bills.

The blonde stops in front of an overweight man in a plaid shirt and shakes her breasts in his face. His money clip is on the table.

Like hungry indigents, peering through restaurant windows, the customer’s mouths are slack-jawed, their eyes fixed on her naked body. The music is purposefully loud, pulsating in rhythm with their libidos. The car salesman and the college professor want the same thing. They’ll start with a little of the soft blonde with the pouty lips, then a handful of the brunette in the red fuck me shoes, and they’ll save the baby doll with the zonked-out eyes for the main course. She’ll be scrambled and fried and over easy.

The blonde finishes her dance and leaves the stage, her hands clutching a wad of Ben Franklins… The only man in the room who interests her. Backstage she puts on a pair of panties and a lavender silk kimono, then comes out front for the men to buy her a drink, a lap dance, or if they’re lucky, a hand-job in the bathroom.

Instead of finding the college professor, she stops in front of me and leans into my ear.

“Excuse me,” she says. “Most of the women who come here, don’t make eye contact. You’re different.” She is careful to keep her kimono wrapped, and there is no hint of a sexual come-on. “Have you been here before?” she asks.

I shake my head no and tell her I’m with some friends. Up-close I can tell she’s younger than I first thought, and her eyes are layered in a glittery robin’s egg blue; her lips outlined in black like a retaining wall meant to hold in the shocking pink of her lips…  among other things.

Prostitute Barbies come in different guises. I’ve met some dressed in Calvin Klein who are married to investment bankers, while others wear their best Walmart outfit and hit on insurance salesmen they meet on a cruise. They all have the same goal. Their sexuality is a means of getting a wedding ring or an address change up the fiscal ladder.

The blonde asks me what I do for a living, and I think about how easily she shifts gears. A moment ago she was spreading her legs for the guy in the horn-rimmed glasses. I tell her I’m a writer and a photographer.

“Do you like girls?” she asks. Her question is straight forward. Her eyes stare directly into mine.

I know what she means, and I shake my head no.

“That’s OK,” she says. “Call me sometime.” She slips a folded piece of paper into my hand and then heads back toward the dressing room.

Every man in the place is staring at me with surprise or resentment. The blonde must have known she’d just blown her next round of tips with this audience.

On the paper was a phone number and the name, Sherrie, written in a girlish hand. A small circle floated like a balloon over the “i” in her name. Something about her made me want to know more like how, or maybe why, does a girl become an exotic dancer? Why hadn’t I or any of my girlfriends chosen that route? The next day I called her number.

Her voice sounded tired. No lilt to her hello. It didn’t take long to realize Sherrie wanted someone to listen to her. Someone to notice there was a person behind the bump and grind.

I learned we’d both started life with needy, self-absorbed mothers and abusive fathers who died when we were young. While mine had doled out spankings and emotional abuse, hers had a predilection for young girls, especially his own.

Her standard line to the faceless string of men who watched her dance was that she was earning money to put herself through college. She was smart enough to go to college, but instead, she was a high school dropout, a real life blowup doll who moaned and moved on cue. Her textbooks had taught her men weren’t to be trusted, and any act of sex was an expression of love.

At 19, Sherrie was worn-out and old. A clock face with no hands, no way of distinguishing one day from the next, ticking away the sordid nights, sleeping till mid-afternoon, and breakfast was cold pizza and orange juice left on the counter since yesterday.

Never mind the gin had separated and settled to the bottom of the glass.

The next day I went to her apartment, a rundown building not far from the club where she danced. She looked nothing like the dancer I met two nights before. Gone were the blue eyelids and pouty lips, and she was wearing jeans and a T-shirt; a smaller, more vulnerable version of her stage persona.

Two other young women in pajamas sat on an aqua, 50’s style sofa and held hands while they watched TV. Duplicates from the same faded copier machine as Sherrie’s. All three had long since forgotten how to blush; their innocence dried and withered as a discarded peach; their soft insides stolen by predators who left nothing but the pit.

Sherrie wanted a burger so I waited while she got her bag. A silver lamé satchel that held everything of any significance to her: a hairbrush, some clothes, a stuffed animal, a makeup kit and a small wallet.

As we ate she asked questions about my life until she realized our similarities ended when I’d gone to college and found a safe place to fall.

“Where does your mother live?” I asked. “Have you thought about going home?”

“Houston, but I haven’t talked to her in a couple of years. She wouldn’t approve.” Sherrie shimmied her shoulders the way she did for the men in the club and provocatively ran her tongue around the inside of her open mouth. “Besides, I don’t have enough money to get home.”

“What if I bought you a ticket?” The words were out of my mouth before I had a chance to think about them.

Sherrie looked shocked, touched and then suspicious as she considered my suggestion. “Why would you do that? What would you want me to do in return?” Her question spoke volumes and made me feel sorry for her lifestyle and grateful I’d had other options.

“Nothing,” I said, “Except give it an honest try with your mother. This is no kind of life for you. It won’t have a happy ending.”

Like a little girl who’d been told she could go out to play if she finished her broccoli, her eyes got big and she said, “When could I go?”

“Whenever you want,” I said.

One of her legs began swinging nervously back and forth across the other. “Now?”

I nodded and asked if she wanted to stop by and pickup anything from her apartment or tell her roommates goodbye.

She shook her head, patted the silver lamé bag and said, “They won’t miss me.”

It was the last time I saw Sherrie. I hugged her and watched this jaded little woman-child board a Southwest Airlines flight to Houston.

I’ve since wondered how many Sherries are out there, girls who confuse degrading sexual acts with affection? Maybe I’d been duped, and maybe there wasn’t a happy ending for her at home, but I hoped there would be. At least I didn’t have to think about her in that stagnant apartment with the other lost girls, or dancing for men who didn’t know she slept with a teddy bear and wanted to be a flight attendant.

ALL THE TEA AND ORGASMS IN CHINA