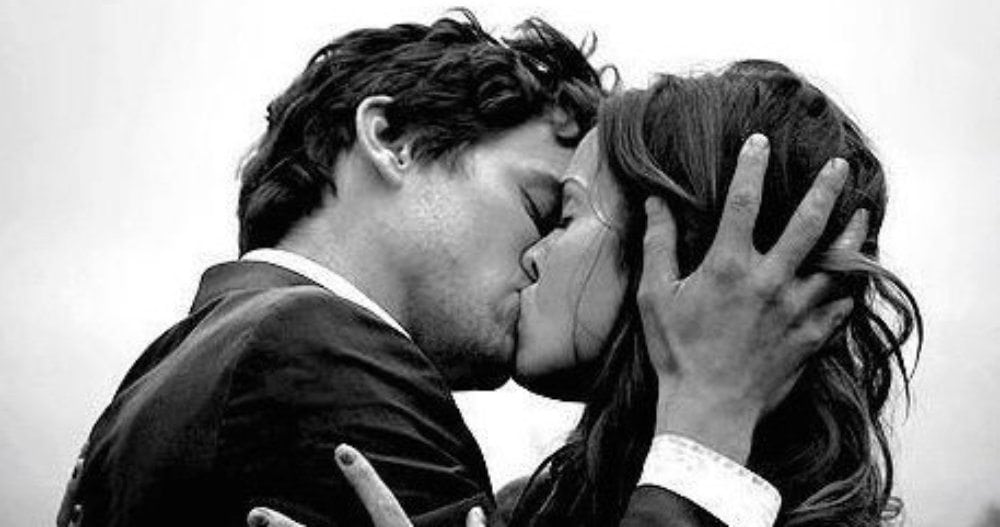 Daily I receive dozens of notices that women are repinning the same photo from 1010ParkPlace’s Pinterest page, “We’re Grownup… Not Dead!” There are lots of sexy photographs and great looking men on that page, so what is it about the one called, “Kiss me.. like you really mean it?” Why does is strike a chord with women of all ages?

Is it the gentle strength of his hands, or anticipating the moment of surrender?

Perhaps it’s the beginning of the thread of longing; the desire to be loved more than anyone’s ever loved us, or maybe it’s remembering a passion we haven’t experienced in a longtime. Perhaps we’re wondering how we get back to that time or, sadly, how we find it in the first place?

How many women live under the same roof with a man who used to place his hands on either side of our face, bring his mouth toward ours and hold us in that embrace until we both remember to breathe? A man, who held us with strong, steady hands, who made us feel alive and special like we were more than the sum of our parts; who saw the extraordinary woman we were then, we are now, and we’ll always be. The woman who was by his side when we were first crazy in love, and sex was more important than food.

The woman who years later sits by his side, watching television. The woman who wishes he would turn off the television, take her hand, pull her out of her seat, and kiss her like it’s the first time… the last time. Instead of longing, what if we’re the one who takes his hand, pulls him out of his chair and kisses him?… (Reassure him you’ve hit “Record” on the remote.)

“Good Morning America” reported that a dating website discovered a correlation between women who make the first move and whether the relationship progresses. Women aren’t the only ones who like knowing someone finds them attractive. Men may act macho, but most are flattered and reassured when a woman makes the first move.

What if you let the man in your life, or the man you’d like to have in your life, know you’re interested in him? Don’t continue to be the aggressor. Just push him in the right direction until he thinks it’s his idea.

I’ve been kissed like that. I hope we all have. If not, or it’s been awhile, consider this “Page One” of your refresher course. Now if there were only someone I’d like to kiss!