I MAY HAVE BECOME A CURMUDGEON 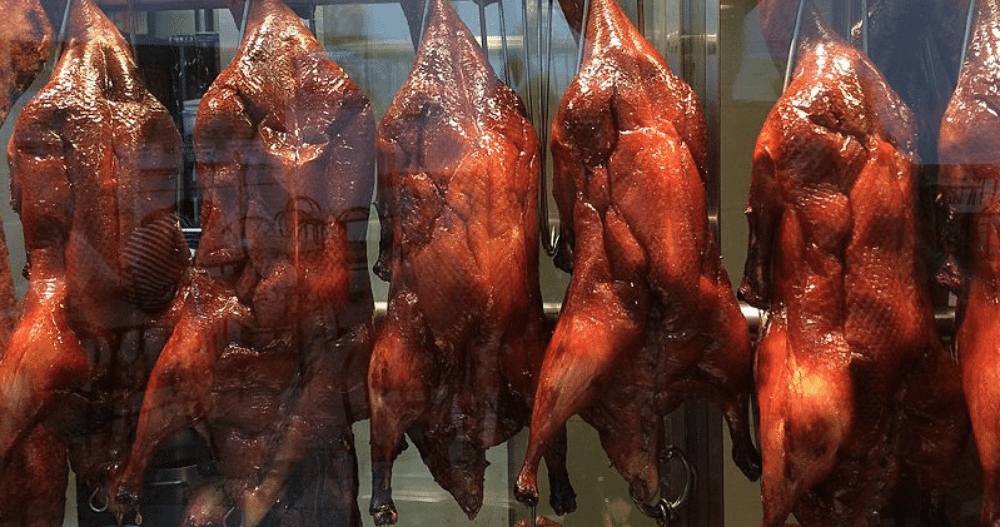 I’ve been chased out of two stores—on two different continents—by store owners, wielding meat cleavers. The first time was in San Francisco’s Chinatown when the owner nodded at my camera and screamed, “Not in store! Not in store!” then proceeded to run out from behind the counter and chase me down Stockton Street.

From what I could surmise, I’d insulted the dignity of a row of headless ducks in the window.

The second time a store owner raised a meat cleaver to me, my friend, Mary, had ignored a sign in a Paris produce store that said, “DO NOT TOUCH THE GRAPES.” Mary, who spoke fluent French—and had read the sign—had gone from touching, to eating, then oohing and aahing with her mouth full of grapes. This time the skinny store owner and his overweight wife… the one brandishing the meat clever, chased us down the street, through the 8th arrondissement until we took sanctuary in the George V Hotel. We had room keys!

Both incidents occurred when I was in my early 20’s.

I think I’ve figured it out.

While I haven’t raised a meat cleaver in anyone’s direction, I’ve thought about it. My target? The insurance adjuster who responded when my front porch was flooded with standing water. The plumber traced it back to a faulty hookup of the dishwasher. Yes, the water seeped under some of my hardwood floors, and a few cabinets and sheetrock walls were black with mold, but the situation was relatively contained.

But the insurance adjuster?

He acted like it was a flood of Biblical proportions. He brought in a disaster team who wanted to put on hazmat suits and booties and tear out not just the affected area, but almost my entire kitchen. I was told I’d have to move out, which meant I’d have to board Annie and Lulu. If not, the team would build a “containment wall” around the area we weren’t to enter. Tell that to two, 14-month-old puppies.

That’s not the best part…

They wouldn’t even give me a ballpark bid, just that it could be well over $10,000 and…

They weren’t even going to rebuild my kitchen! Just gut it.

I will spare you the preposterous demands of my insurance “advocate.” Let’s just say my contractor and I referred to him as “pencil dick” and “the little dictator.”

Yesterday I emailed my insurance agent: “Dear Barbara, I’ve run out of patience with your adjuster. I want my money, and I want him to shuffle off into the sunset, never to hear from him again.”

I now have a better understanding of “old people.” I am one!

And then there’s Lulu, who just threw up a pile of twigs–the size of a catcher’s mitt–on the foot of my bed. Pardon me while I get a roll of paper towels and a vodka tonic!

Books and the Lasting Impression they Leave

THE WOMAN WE SEE IN THE MIRROR