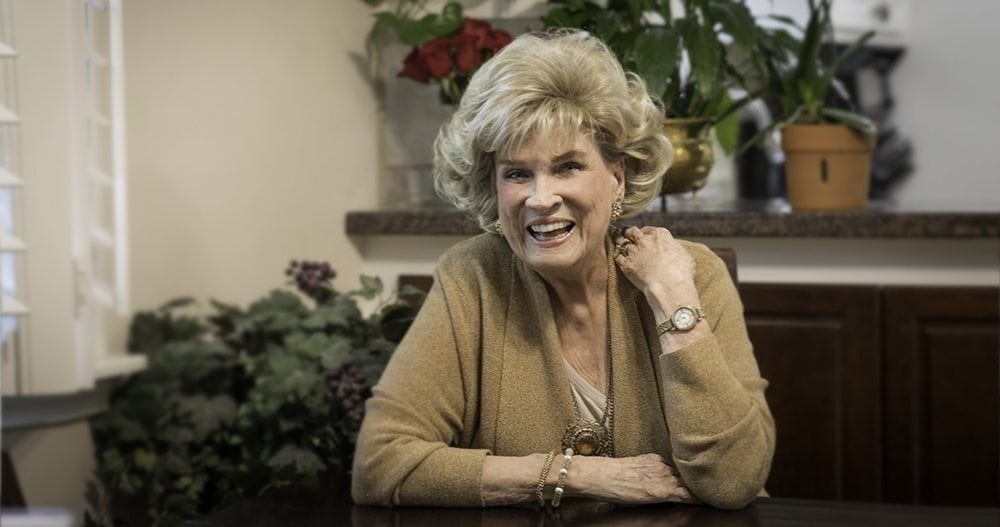 How many of us envision ourselves as a healthy, active professional when we’re 94-years-old? Before I met Lee Moczygemba, it never occurred to me I might be sharp and still engaged in my community, much less involved in business. When Lee told me her age, I laughed and said, “I don’t believe you.”

She then pulled out her wallet and showed me her driver’s license so I could verify her birthdate!

Lee Moczygemba is an amazing woman: smart, accomplished, witty, vivacious and with more drive than people half her age. Lee is currently finishing her book, Wake Up, Dress Up and Show Up, and is President of Amazing Speakers & Trainers International which provides organizations with speakers, trainers and entertainers worldwide. I wanted to know how such a successful woman, of Lee’s generation, began her career, so I went to Austin to meet her.

Beginning as a stenographer and then advancing to an executive secretary at Exxon, in Houston, Lee eventually transferred to their Corporate Worldwide Meeting & Planning division, a position she said, “changed my life.” When she learned speakers could make $5,000 for an hour—even though she had no training as a speaker—she decided she could do that. On the flip side, she also knew if she stayed at Exxon she’d have benefits for the rest of her life, a stock option plan and a “gold-plated annuity.” Lee stayed, but she had a plan. For the next year she asked her boss to let her go to every workshop and seminar that came to Houston.

“He didn’t realize I didn’t go to the seminars to learn the information,” Lee said. “I went to learn how to do a seminar.”

During that year Lee realized that while corporations spent tens of thousands of dollars sending executives to fancy resorts for training seminars, no one was training the staff. Lee had found her niche!

“I call myself a late bloomer,” Lee said. “I was 50 when I left Exxon and started my real career.

Armed with a Dale Carnegie course and her knowledge of how to train and conduct seminars, Lee Moczygemba put together an eight-session training program on Personal and Professional Development for the staff of large companies. Lee’s two-hour seminars covered topics like self-esteem, confidence, how to get along with people, communication, listening skills and dressing for business. When the course was over, she gave her attendees a signed certificate with a gold seal and a red ribbon, which most of them framed and hung on their office walls.

“That was my bread and butter,” Lee said. “I trained 3,000 people at Exxon, alone. I created another program called ‘Secretary Extraordinary.’ It was the easiest sell in the world, because then a boss’s attitude was, ‘Let’s toss the secretaries a bone and send them to ‘Miss Lee’s Charm School.’ Because the self-esteem and the impact of these classes really paid off, they were only to happy to recommend my training classes to other corporations. I went from one big company to the next.”

Lee told me her secret for staying young is, “Don’t have anything to do with old people.” By then she had me laughing and learning and loving her!

Lee Moczygemba is a pioneer and a champion of women. As the recipient of more awards than she can count, two years ago, at the age of 92, she was awarded the Gene Barnwell Waugh Mentor Award from the Women Communicators of Austin, Texas.

I don’t know about you, but Lee Moczygemba is my new role model.

FIT FOR A PRINCESS

PAINFUL KNEES AND HOW TO MAKE THEM BETTER

Celebrate the Little Things Every Day