Sunset on the Beach

Anyone who knows Liza Kindred, wearable tech guru and founder of ThirdWaveFashion, a fashion think tank, knows how much she loves the beach. Liza and new husband, Josh Clark, another tech brainiac, were even married on the beach this summer.

“I feel like my whole life is trying to get back to a beach, said Liza. “Everything else is just what’s happening in-between.”

Speaking of “in-between,” check out Liza and Third Wave Fashion’s new print magazine. If Harper’s Bazaar and Popular Mechanics had a baby, it would be swaddled in Third Wave Magazine. 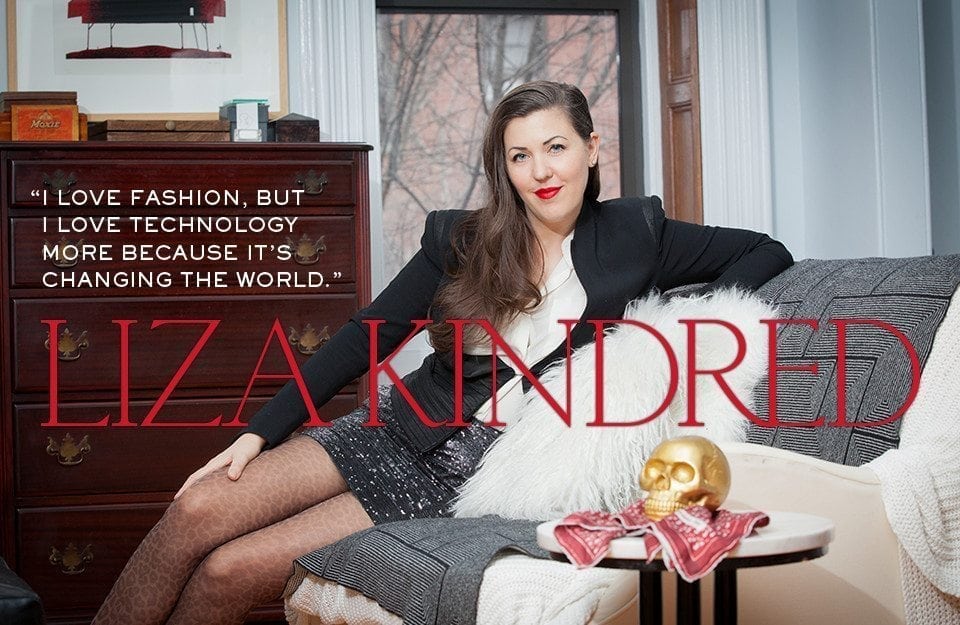 If you want to know anything about the intersection of fashion and technology, ask Liza Kindred, head of Third Wave Fashion, a fashion tech think tank. AlleyWatch, a respected online news source covering New York City startups, entrepreneurs and investors, recently named Liza as one of “12 Amazing People” in New York Fashion Tech you need to know. Obsessed with technology and how it continues to change the way we shop, Liza Kindred has literally put the term “fashion tech” on the map.