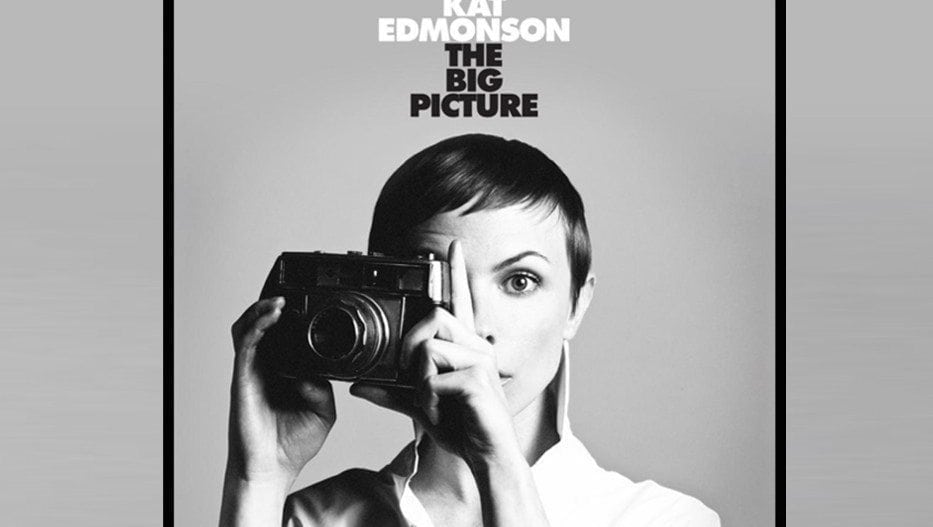 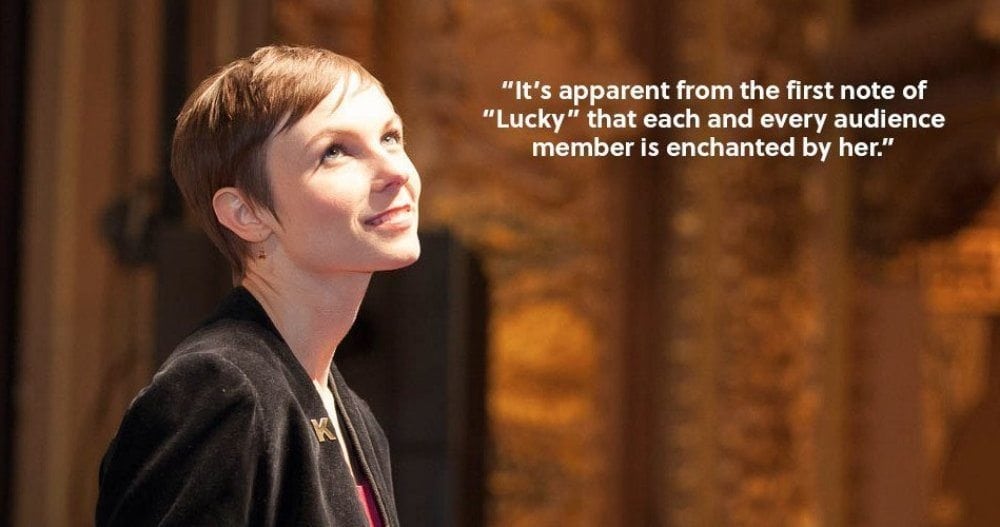 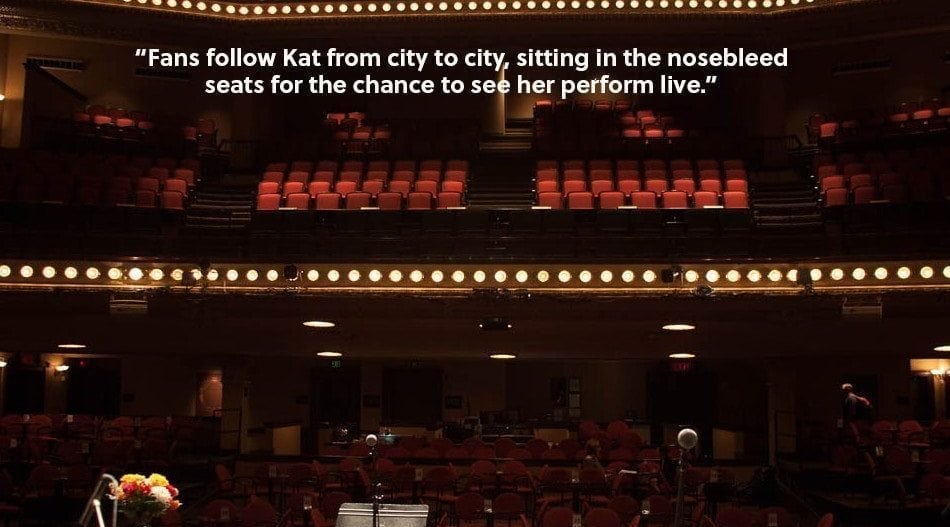 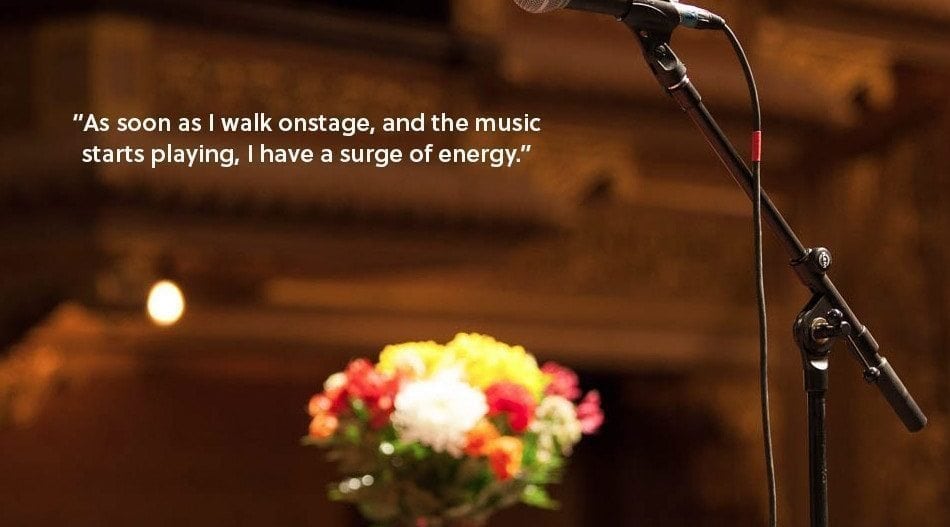 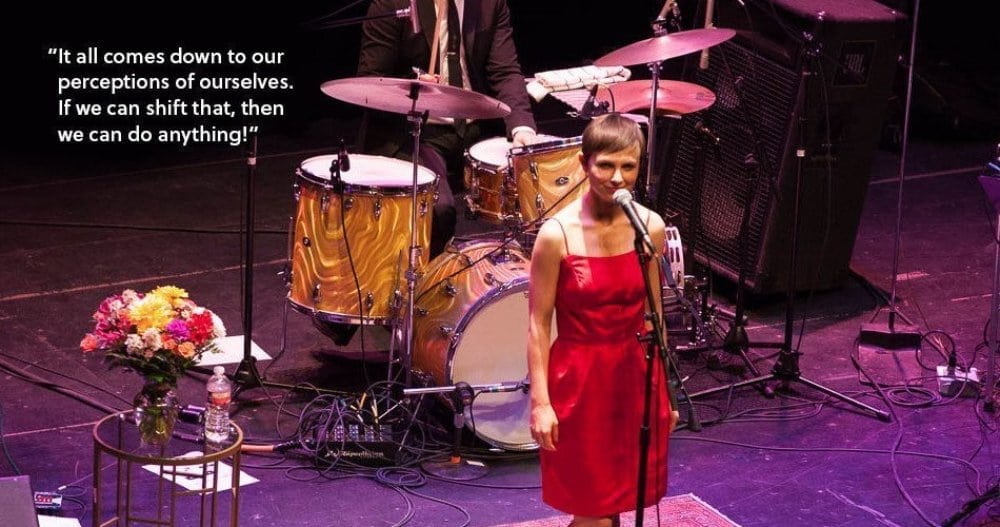 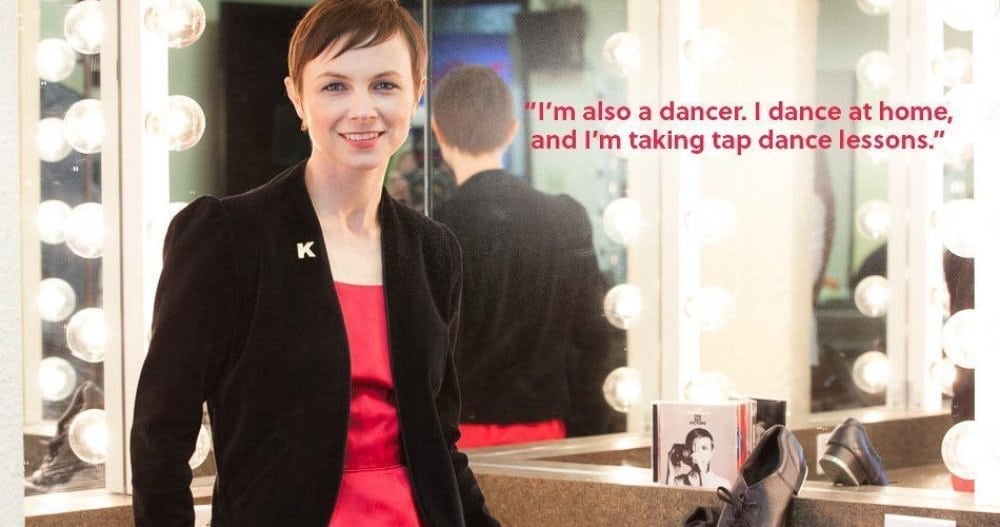 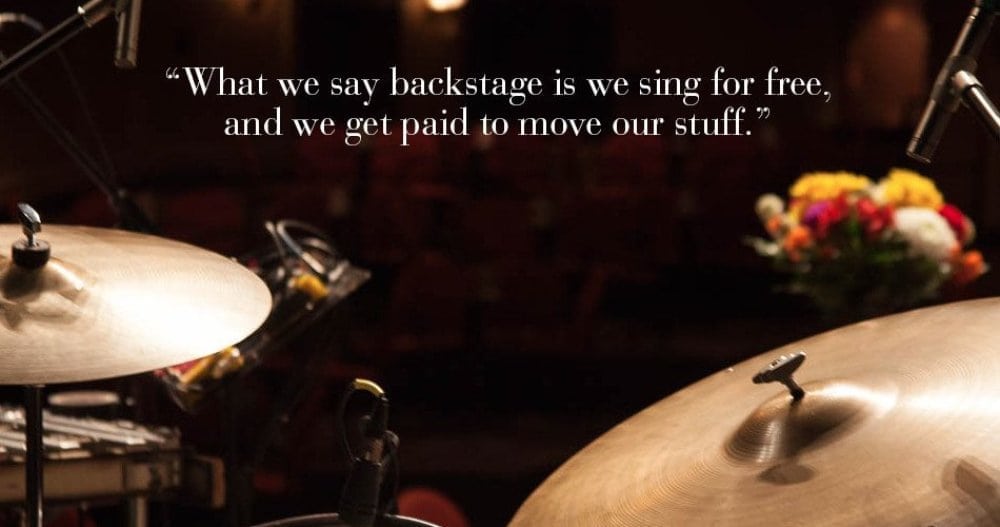 Kat Edmonson is one of those rare singer/songwriters who can turn one word into an entire storyline. Her voice is full of sentiment, but not the syrupy “he done me wrong” kind. Her unique style and voice, often compared to Billie Holiday, is what makes fans follow Kat from city to city, sitting in the nosebleed seats for the chance to see her perform live.

HER NEW ALBUM, THE BIG PICTURE, REACHED #1 ON BOTH BILLBOARD’S HEATSEEKERS AND ITUNES JAZZ CHARTS.

Over the last 10 years, Kat Edmonson’s earned a cult-like status on the Texas music scene, performing in Austin jazz clubs like the Elephant Room. Her 2009 debut album, Take to the Sky, reached the top 20 of the Billboard Jazz Charts and #1 on iTunes Jazz Charts. Her “Baby It’s Cold Outside” duet with Lyle Lovett was featured on his thirteenth album, and Lovett sang “Long Way Home” on Kat’s second studio album, Way Down Low, which reached #1 on Billboard’s Heatseekers Chart and on iTunes Jazz Charts. For those interested in crowdfunding platforms, Kat funded the production of Way Down Low via Kickstarter, a move that gave her greater artistic freedom.

If you watch Kat’s performance on Austin City Limits, it’s apparent from the first note of “Lucky,” that each and every audience member is enchanted by her. They’re not the only ones. Last year Kat signed with SONY Masterworks. Since then, Coca-Cola used “Lucky” for its commercial during the 2014 Winter Olympics; “Lucky” was featured in the Tina Fey/Paul Rudd film Admission; Kat’s played the Montreal Jazz Festival, and she’s been headlining her tour with her new album, The Big Picture, which reached #1 on both Billboard’s Heatseekers and iTunes Jazz Charts.

Last week, I caught up with Kat during the last leg of her Texas tour.

BRENDA: As a kid, your mom exposed you to the Great American Song Book: everything from Broadway musicals to George Gershwin and Duke Ellington. Do you think you would’ve still been a singer/songwriter if you’d grown up listening more to music of your generation?

KAT: I think so. Music came to me so naturally, and there were so many other styles I listened to and that inspired me, so yes. It would’ve just been a different style. I don’t know if it’s because I was exposed to it at such an early age, and it’s the most familiar to me, but I do wonder why I gravitate so much toward this particular style of music. I think people play and write what they know.

I pull things from my life experiences. I can’t gauge whether or not a song is good unless it feels completely true to me. If I try and write something just clever or cool, I risk having a song that will expire to me in six months, a year, maybe two. I’ve occasionally written those songs, but I haven’t recorded them all, because I get bored with them.

Regardless of what point I am in my life, a sentiment has to be honest and true. That’s the only way I know how to write. I think I started writing because it was cathartic for me. It was a way for me to explore my feelings and trace them to what was going on and learn about myself.

BRENDA: I identify with that. It’s almost like I have to write it.

KAT: Yes. You’re curious and you want to know.

KAT: I do. I intend to be an actress as well. I haven’t pursued it really, but I didn’t necessarily pursue singing to start with. I just found an avenue and started going down it, opening one door after another, and here I am. I plan to approach acting in the same way. In the meantime, I write down different concepts for films and different scenes and dialog.

BRENDA: Was the music video for “Rainy Day Woman” your idea?

KAT: Yes. I wanted it to feel like a trailer for a film. I’d been watching the trailer for Charade over and over, again. My director was more interested in making it like the movie Blow Up.

BRENDA: Some of your orchestration on that one makes me think of James Bond.

KAT: Yes, absolutely. My producer, Mitchell Froom, loves John Barry’s music. (Barry composed soundtracks for 11 James Bond films.) I’m partial to Mancini and his songs like “Peter Gunn” and “The Pink Panther.” So we married our aesthetics and we made “You Said Enough” and “Rainy Day Woman,” which could’ve been scored for a caper film.

BRENDA: What about the “I Don’t Know” music video you did in the bar?

KAT: I told my friend, who’d already directed me in a couple of things, that I wanted a video where I could just dance. I’m also a dancer. I dance at home, and I’m taking tap dance lessons.

BRENDA: Talk to me about touring and traveling on the road. That must be an alternative lifestyle in and of itself.

KAT: It is. The majority of touring is carrying gear and repacking bags. I don’t think anyone realizes that. We pull up at a venue and start unloading and carrying our gear down flights of stairs. We carry it up; we unload on the stage. When the show is over, we pack it all up again and carry it back.

BRENDA: So you’re really in the moving business, not the entertainment business.

KAT: LOL! What we say backstage is we sing for free, and we get paid to move our stuff.

BRENDA: What do you do about wardrobe and dry-cleaning? Do you buy two of everything?

KAT: Most of the things I buy are vintage, so there’s not two of anything. I have a steamer, and I try and pack everything in a careful way so it doesn’t get wrinkled, but it’s hardly glamorous. I’ve got dings all over my shoes. I can barely keep my nails painted, because they get all scratched up. Every wardrobe decision is, ‘How many of these things can I wear together,’ or ‘How much of this do I really need?’ Even if I just love it, but I think I might only wear it a handful of times, I don’t take it because there’s so much else to carry.

BRENDA: How does your onstage style differ from your personal style?

KAT: Onstage, I make it very simple. I wear a cocktail dress or a pair of slacks and a sparkly shirt. I usually choose ensembles that share the same accessories and shoes. My personal style on the road is a pair of slouchy boyfriend Levi’s, some flats and an oversized button down shirt, maybe a big bulky sweater. Something that feels comfortable in the van and still looks attractive. If I’m going to a lunch or to meet someone before a show, I have a pair of skinny jeans that looks a little dressier and a nice wool blazer… and some lipstick. That always helps.

BRENDA: Did you ever think you would be here at this point?

KAT: Yes. I’ve had much grander fantasies than this even.

BRENDA: You have to believe in yourself.

BRENDA: What recharges your batteries?

KAT: Water. There’s very little time to rest, and I don’t get much sleep because we get in late, and we wake up early.

BRENDA: How do you gear down?

KAT: I do an exercise where I relax my toes; I relax the balls in my feet, the arches in my feet, and I literally work all the way up. I also take power naps. I give myself about 10 minutes to fall asleep, and I set my alarm for 20 minutes. It really helps. Music inspires me so much that it revitalizes me. As soon as I walk onstage, and the music starts playing, I have a surge of energy again, and I feel at peace.

KAT: My ability to get to the heart of the matter. Not just in my work, my artistry, but with people. To just speak plainly about what’s going on, or what I need, usually without offending anyone.

BRENDA: In 2002, when you were on American Idol, didn’t someone say you didn’t look like a star?

KAT: Mm-hmmm. I didn’t relate to that scene at all, so I felt like I was in outer space. By the time I made it all the way through whatever audition that was, it was like number six, I was in Hollywood. I saw who’d made it and who was going home, and I realized I would just be on a reality television show that was solely founded in sensationalism and ratings. You certainly have to be talented to be on that show, but the priorities are all different. It wasn’t that upsetting. It was just a dead end, so I had to turn around, and go somewhere else.

It all comes down to our perceptions of ourselves. If we can shift that, then we can do anything! We’re limitless!

Love is Not a Hallmark Card

Hindsight From My 50-Something Self