Rolling Stones Tickets For My Birthday 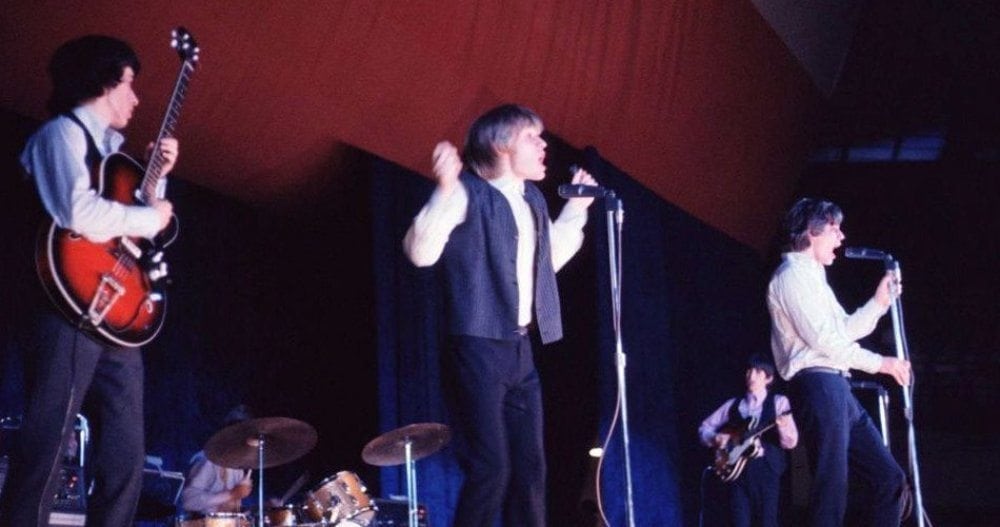 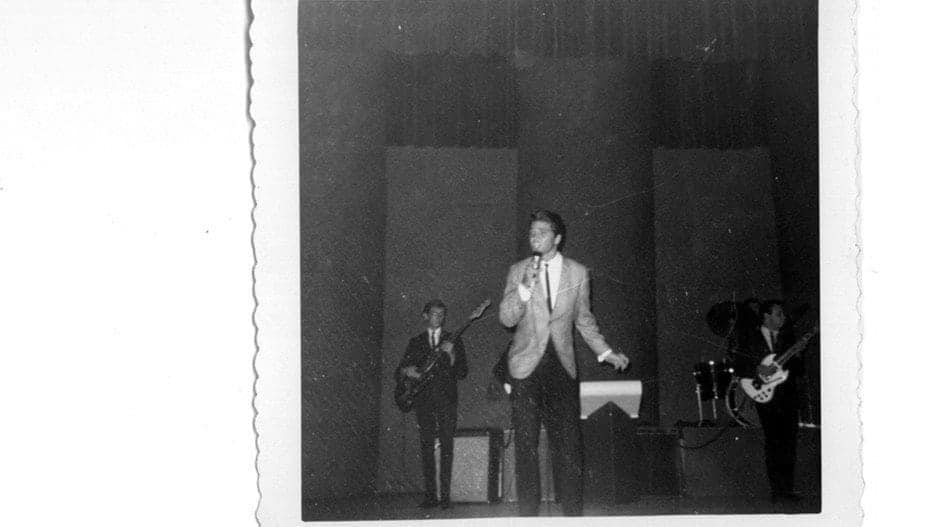 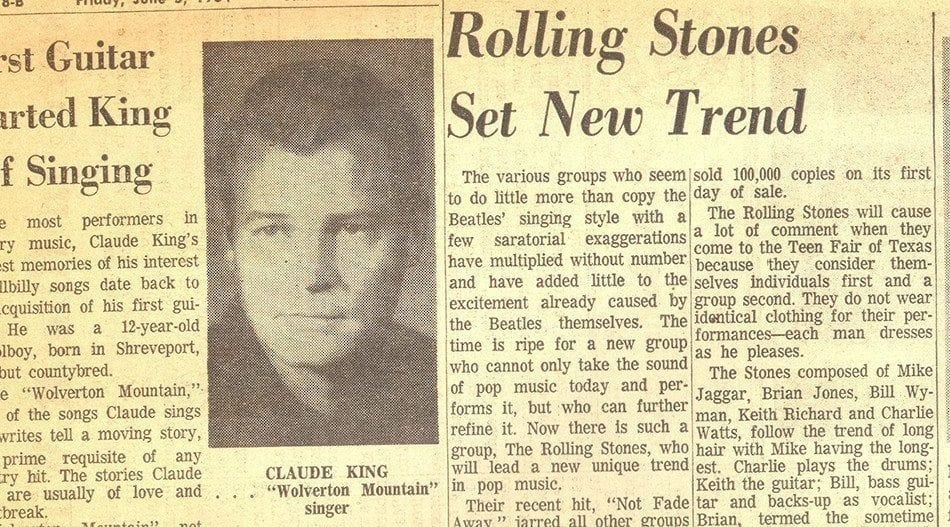 The San Antonio Express refers to him as “Mike” Jagger. 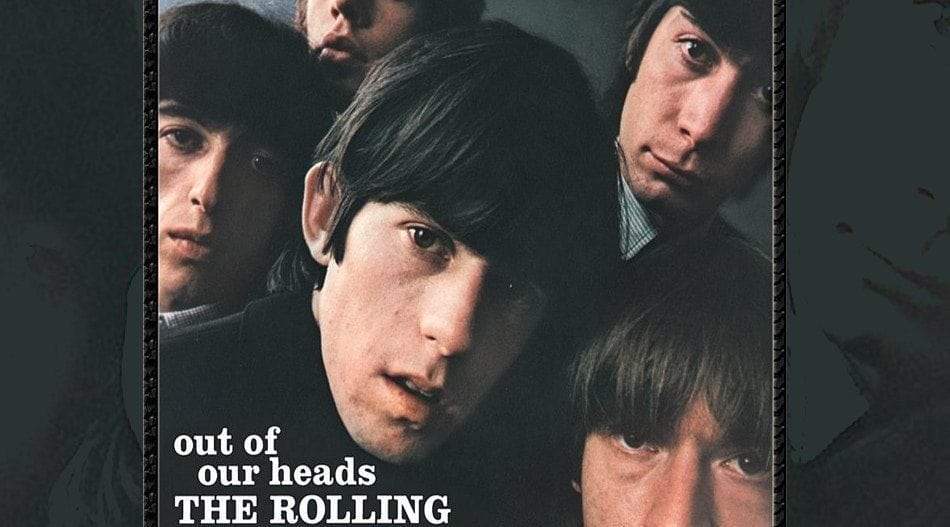 “I used my babysitting money to buy the Stones’ Out of Our Heads album. My mother threw it away. With more babysittng money, I bought another album. She threw that one away as well.” 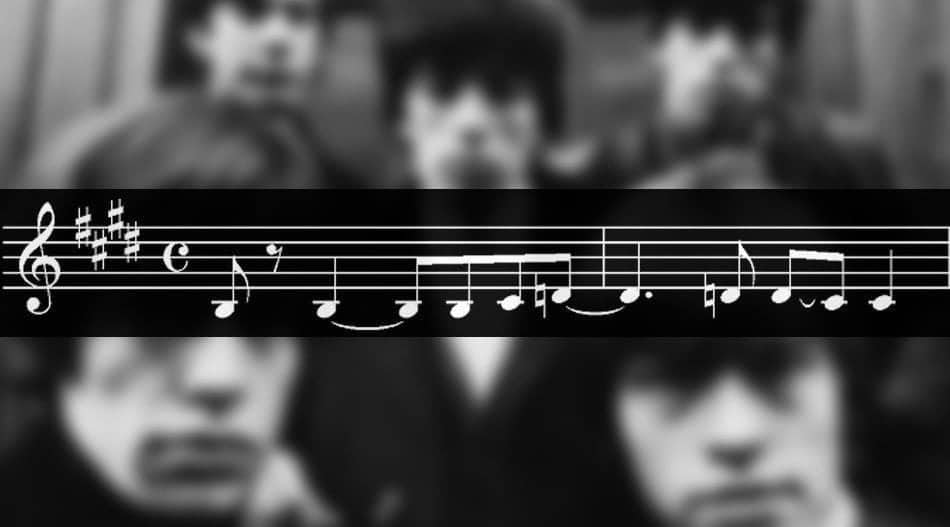 “Since I didn’t have access to Rolling Stones’ sheet music, I sang and played “Satisfaction” by ear. To say mother was horrified is an understatement.” 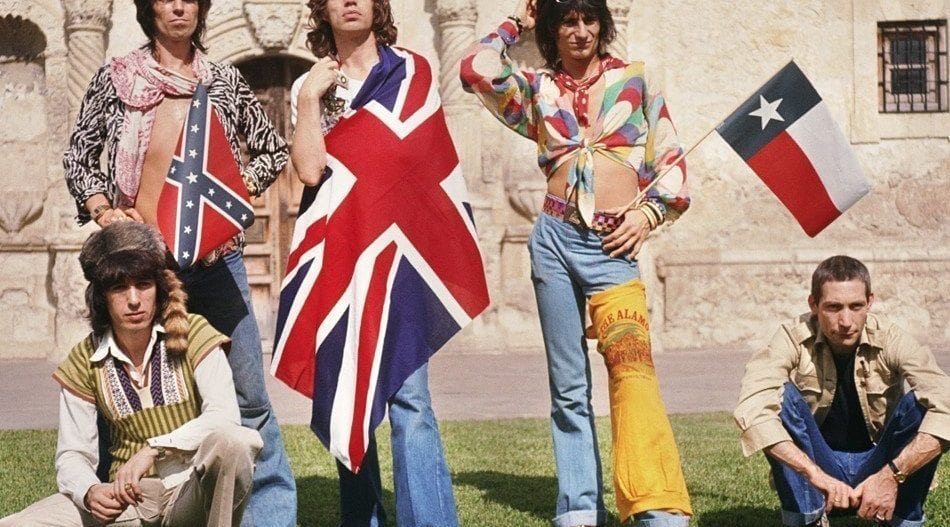 Eleven years later, the Stones returned to San Antonio and pose in front of the Alamo. Photo Getty Images

The first time I went to a concert, I saw the Rolling Stones. It was their second U.S. performance: June 6, 1964, at Teen Fair in San Antonio, Texas. My mother dropped me off at the Joe and Harry Freeman Coliseum where I had a front-row, center seat to see prepubescent heartthrobs Paul Peterson, Bobby Rydell, Bobby Vee, and Leslie Gore. I brought my dad’s Rolleiflex and took photos of everyone, except the Rolling Stones. Looking back, perhaps I didn’t photograph the Stones because I was too busy trying to make sense of what was happening onstage.

ARE YOU LISTENING, SWEET MAN? MAY WE SET UP AN INTERVIEW?

Like the other featured performers, the Rolling Stones were dressed in their Sunday best: suits, white shirts, and ties. I didn’t have time to form an opinion of their music because seedy, sloppy tomatoes started skyrocketing over my head, and the Stones wound up covered in red. In seconds, they were whisked off stage and replaced by a troupe of performing monkeys, and I don’t mean, “Hey, Hey, We’re The Monkees.” My preteen, first concert-going self didn’t know what to make of any of it. All I knew was that by the time it was over, I’d forgotten Bobby what’s his name, and the Rolling Stones would soon change my life.

I used my babysitting money to buy the Stones’ Out of Our Heads album, but my mother threw it away. With more babysitting money, I bought another album. She threw that one away as well, and when I bought the third album, her only request was I not play it when she was home.

My father had been a musician and played clarinet, tenor, and alto sax with numerous jazz and blues bands around the country. From the day I was born, I was listening to Gershwin, Brubeck, Coltrane, Bo Diddley, and Muddy Waters on my parent’s record player. Music is in my DNA.

When I was in second grade, my father decided I should take piano lessons. He found an old player piano in a VFW Hall and refinished it inside and out. He replaced the chipped and yellowed ivories with new ones, installed a new player mechanism, and bought boxes of music rolls like Tchaikovsky’s “Concerto in B-Flat Minor” and “Roll Out the Barrel.” Oh, yeah! We’re having fun now!

My father had spent his high school years at a military academy boarding school and knew nothing about being a child or raising one. And as a result, the piano was not a joyous experience. My father was the music police, and I had to practice three hours a day before he got home from work. That meant no extracurricular activities or time with my friends after school. Ever. He didn’t want to hear a piece until it was perfect, or I played it at a recital and because I had talent, I was sent to study with better and better teachers. My last piano lesson was the day he died–on my thirteenth birthday–and my overriding emotion wasn’t grief. It was relief like I’d been let out of prison.

From that day on, I put away the sheet music to Rachmaninoff’s “Prelude in C Sharp Minor.” While I didn’t have access to the Rolling Stones’ sheet music, I sang and played “Satisfaction” by ear. To say my mother was horrified would be an understatement. Since then, I’ve bought Stones’ albums, CDs, DVDs, and books and have seen them in concert more times than I can count. I never tire of the Stones.

The other day I was at a stoplight, rocking out to the Stones’ “Miss You” and doing my best Mick Jagger imitation. I looked at the driver on my left, and with big eyes and an exaggerated expression, I sang, “I’ve been walking Central Park. Singing after dark. People think I’m cray-zeeee!” The driver stared, open-mouthed, and as soon as the light turned green, he was out of there.

Last week I bought myself an early birthday present: a third-row seat to the Stones’ new Zip Code tour, June 6, in Dallas, the anniversary of the first time I saw them perform. The only thing better than concert tickets would be to interview Keith Richards; the coolest, most talented, original guy on the planet.

I’m not a fair-weather fan or a newcomer. I’ve literally been here since the beginning. Are you listening, sweet man? May we set up an interview?

Signs of Hope and Renewal

What Is It About Chocolate?