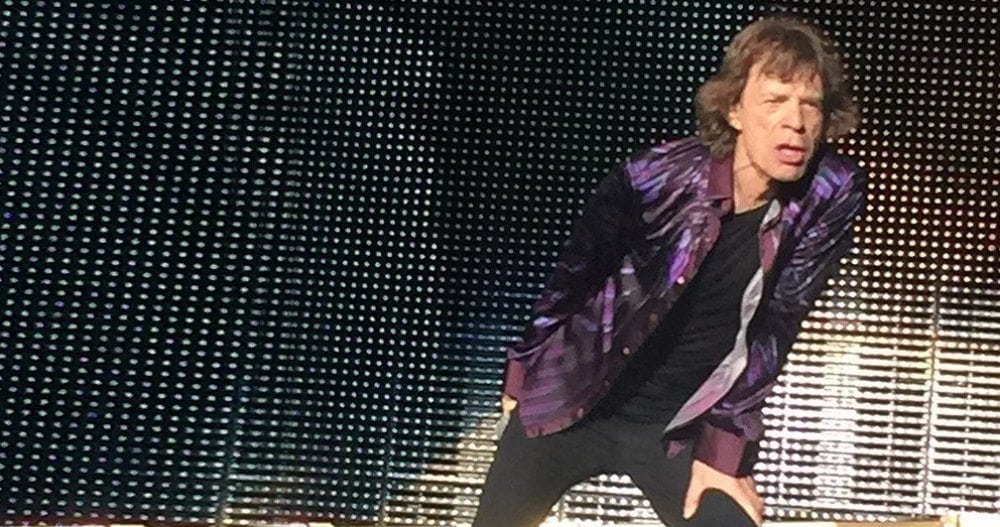 “For two and a half hours, Jagger ran the length of the stage and back like a rocket on rails.” 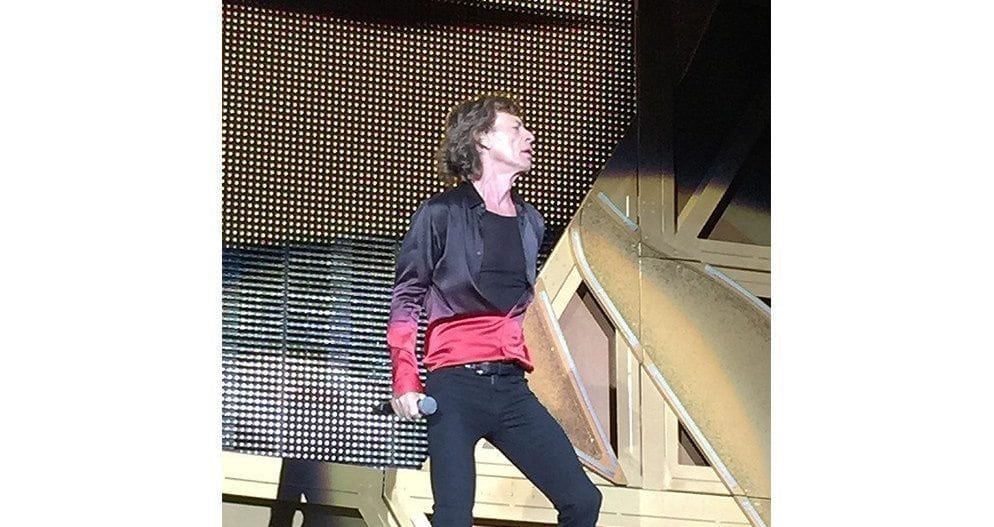 “Pardon the pun, but The Man is a Rockstar!” 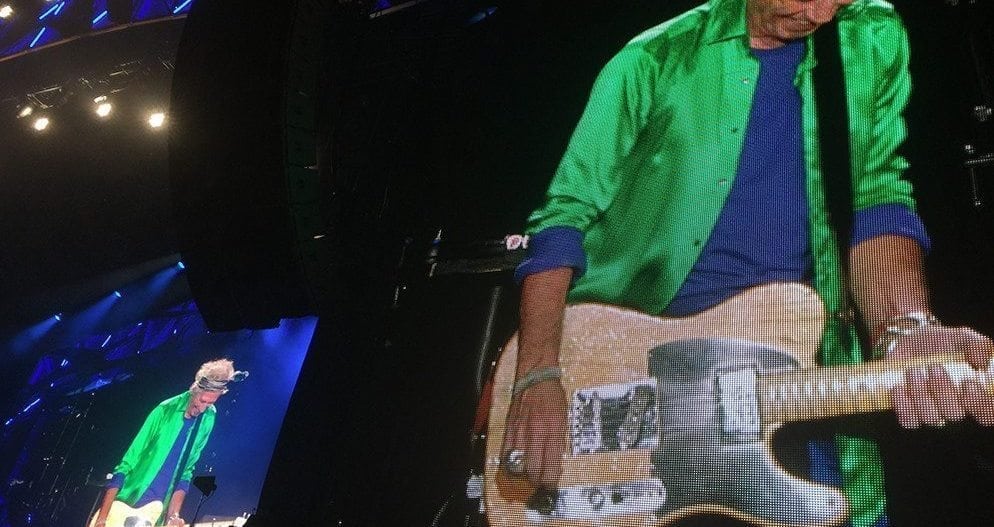 “Except for a quick puff of Ronnie Wood’s cigarette, I didn’t see Keith smoke all evening. What’s up with that?” 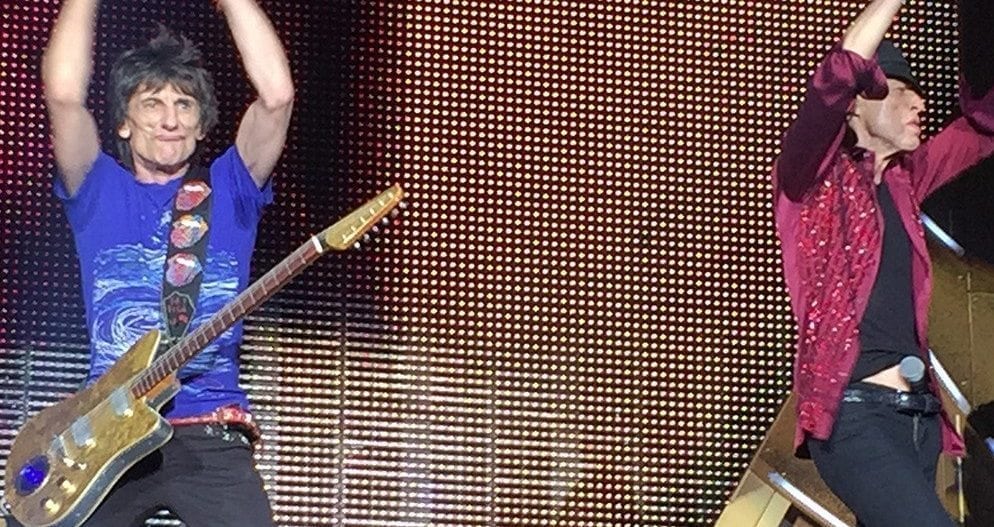 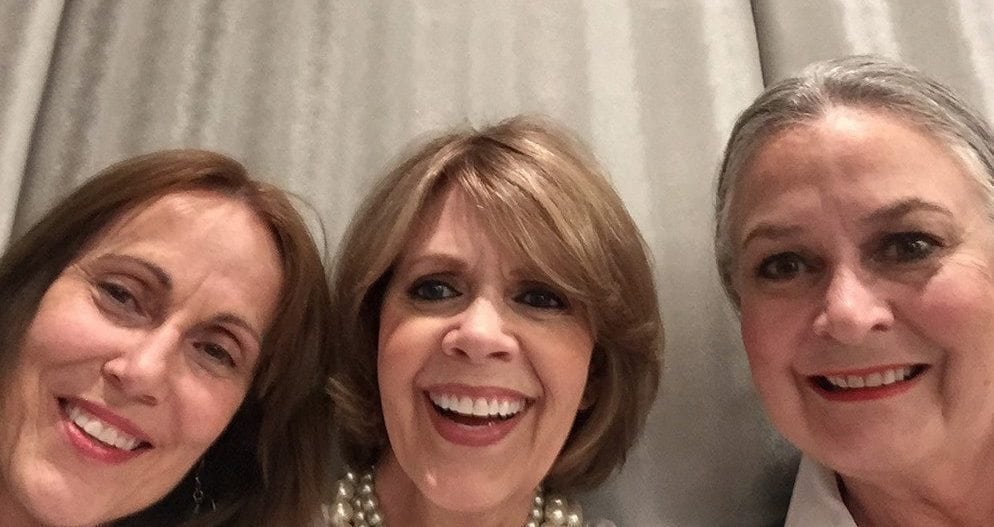 Lee, me and Gayle. 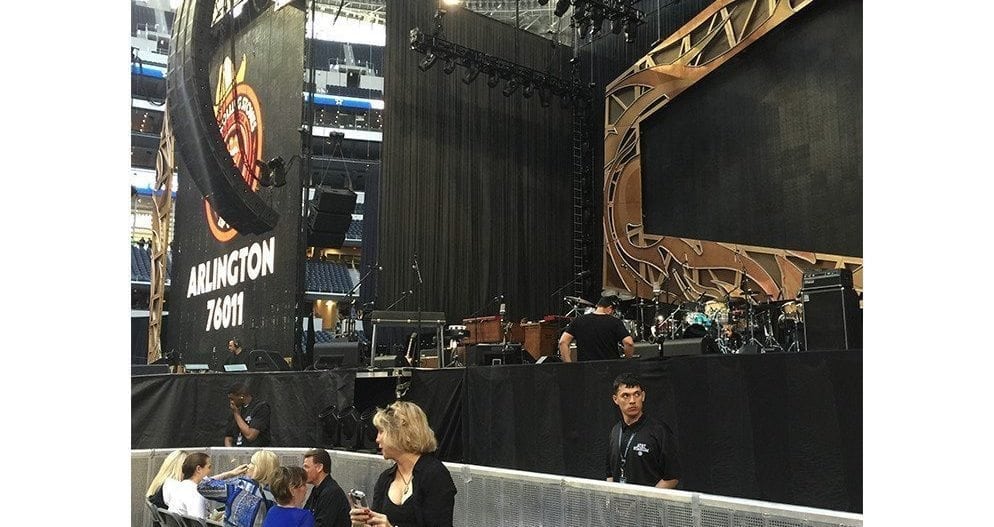 My girlfriends and I had a blast at the Rolling Stones Zip Code Tour last weekend in Arlington, Texas. To the guys at the automotive place where I got an inspection sticker for my car… “No, the Rolling Stones are not on walkers!” I doubt my car friends have ever been in that great a shape!

PARDON THE CLICHÉ, BUT THE MAN IS A ROCK STAR!

True to form, the soon-to-be 72-year-old Mick Jagger’s energy level is still nothing short of amazing! For two and a half hours, Jagger ran the length of the stage and back like a rocket on rails. His voice, his moves, his showmanship… He’s still got it. If you’re not a Rolling Stones devotee, like me, then you might not catch the three or four subtle, built-in, momentary breaks that allow Jagger to catch his breath. Other than when he exits the stage—like he’s always done—when Keith and Ronnie do their solos, Mick is front and center every second. The real question is how does Jagger maintain this level of fitness required to still be near the top of his game?

Last year Jagger told Q Magazine he runs several miles a day, swims, does kickboxing and cycling. “I train five or six days a week, but I don’t go crazy,” he said. In addition, he alternates those activities with lifting weights, dancing, ballet, Pilates, yoga and sprints. Yes, I said, “ballet,” and if you ask me, that is a cray-zeee workout.

Jagger told The Daily Mail he meditates every morning. “It’s too debilitating to drink a lot, so I use other relaxation techniques… I sit on my own, calm down, take stock.” It seems as though he’s now an “avocado addict” and drinks vitamin smoothies.

I had a third row seat, so I’m here to tell you that through a black mesh t-shirt Jagger donned, I could see his well-defined abs, flat stomach and 28-inch waist. Even his nipples. Pardon the cliché, but The Man is a Rock Star!

For those, like my car friends, who still associate the Rolling Stones with their drug and alcohol fueled, hell-raising days, I believe each and every one of the Stones when they say they’ve given it up. At this age, they couldn’t perform like this if they hadn’t. Gone are the days when Keith Richards would pick up a random pill off the floor, swallow it, and then say, “I wonder what this does?” Except for a quick puff of Ronnie Wood’s cigarette, I didn’t see Keith smoke all evening. What’s up with that?

And Charlie Watts? Except for his grey hair, the 74-year-old debonair, Charlie is My Darling, could pass for 54.

Thank you, sweet girlfriends! It was a great birthday! Unlike Mick Jagger, we ate pizza, drank vodka and got only a few hours sleep. Perhaps that’s why we don’t have “moves like Jagger!”

At the Poolside Lounge

Find Your Special Place Outdoors and Take a Seat