YOU BROWBEAT THE WRONG WOMAN, RALPH 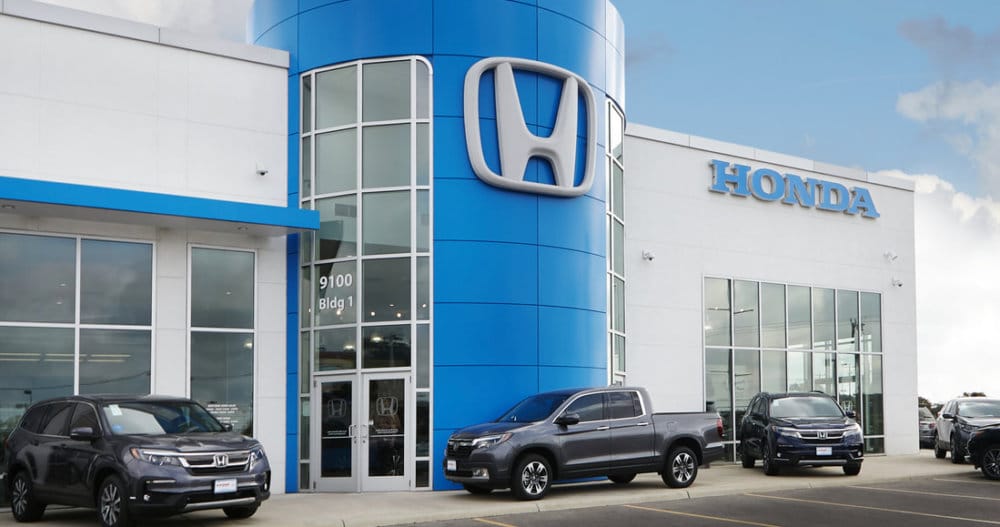 Two days ago I went to Northside Honda in San Antonio, for an oil change and regular maintenance where I was assured it would take two hours. After five hours of waiting without an update, a hello, or a kiss my brake fluid, I finally wrote a check for work done and left with my car, albeit, on unhappy terms with Ralph, my “service representative.”

The next afternoon at 4pm, Ralph called to say my check had “been voided” and I needed to bring him another check RIGHT NOW, before they closed. I told him I couldn’t come to the dealership, but I would mail them another check in the morning. Sixty seconds later Ralph called back and said his boss told him to come to my house NOW and GET MY CHECK. When I told him I wasn’t home, he said, “Well where are you?” When I said I was in Fredericksburg, Texas, he told me he was leaving NOW and would drive to Fredericksburg and FIND ME. I should have said, “Do you realize how creepy that is, Ralph,” but I didn’t. (Even under the best of conditions that’s an hour and a half drive, but in rush hour traffic with highway construction and lane closures… ?) Instead I told Ralph their strong-arm tactics were offensive and not to call me again, but I would put another check in the mail.

Well guess what Ralph? I’ve changed my mind. First I want an apology for making me wait five hours, and then I want another apology from you and your boss for the two phone calls where you tried to intimidate and bully me. You browbeat the wrong woman, Ralph.

If you’re longtime readers of my blog then you know I reach a lot of readers not just in San Antonio, but all over the world. You also know I am known for encouraging people and lifting them up. This is not my typical blog, but I hope it will help you find your voice if you are mistreated like I was.

This post is for all women of a certain age–the wealthiest demographic in history–who are ignored, taken advantage of, disrespected and treated unfairly. I believe the term is “discrimination.”

Ralph is this how you treat all of your customers or just 71-year-old widows with grey roots in their hair? Since I bought my car from Northside Honda–the dealership you work for–you had all of my information at your fingertips: You knew how old I was, how I financed it, how much money I put down, that I have never been late on a payment and that I have always come to Northside Honda for my service.

Ralph you and your boss’s behavior is in the same league as sleazy bookies, drug dealers and members of the mob who harass people to collect on bad debts.

Is this what you call “customer service?”

The only reason my check was “voided” was because it didn’t have my driver’s license number on it. Your bad, Ralph, not mine.

In light of full disclosure, I did deduct $30 from my bill, $10 for each hour beyond the two hours I was told it would take to service my car. Why? Because when I would ask for an update on my car, Northside Honda repeatedly lied to me… 30 more minutes, 30 more minutes… plus here’s the real kicker: They didn’t even pull my car into the service area until FOUR HOURS after I’d arrived. How do I know this? Because of Covid, I sat outside the entire time with my mask on and watched them.

This is not the first time Northside Honda in San Antonio, near the intersection of Highway 281 and Loop 410, has mistreated and disrespected its customers and made them wait hours and hours for their car. Check out their awful reviews on Yelp.

And six months ago the dashcam video of a Northside Honda customer went viral when it recorded the thug like tactics used by Northside Honda’s service people: “We’re going to let this motherfucker’s car sit an hour because that guy is an asshole,” a Northside Honda employee can be heard saying when the customer’s car was pulled into the service department.

To Howard Herman, Chief Operating Officer of Northside Auto Group (which also sells Ford, Mercedes-Benz and Chevrolet) and Paul Hopkins, Northside Honda General Manager: In an 8/24/20 interview with Niccole Caan of KENS-TV, Hopkins claims the dash cam video is not the way Northside Honda does business… but obviously it is. He also claims to have counseled their employees on how to act and how not to act in the future. Maybe so, but when was the last time a head rolled so your people know you mean business? I’m guessing never.

You are only as good as the people who work for you.

GRIEVING THE DEATH OF A SPOUSE

Boxes of Life and Love