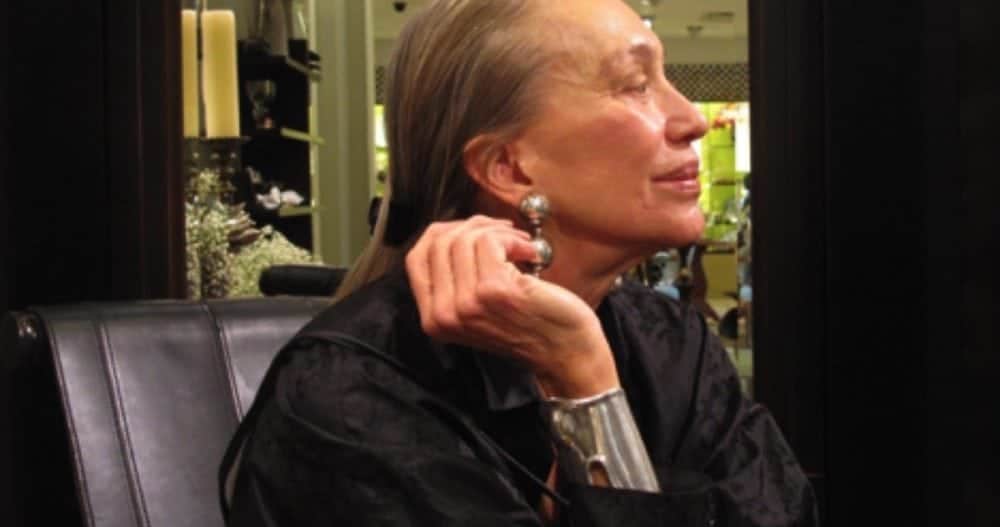 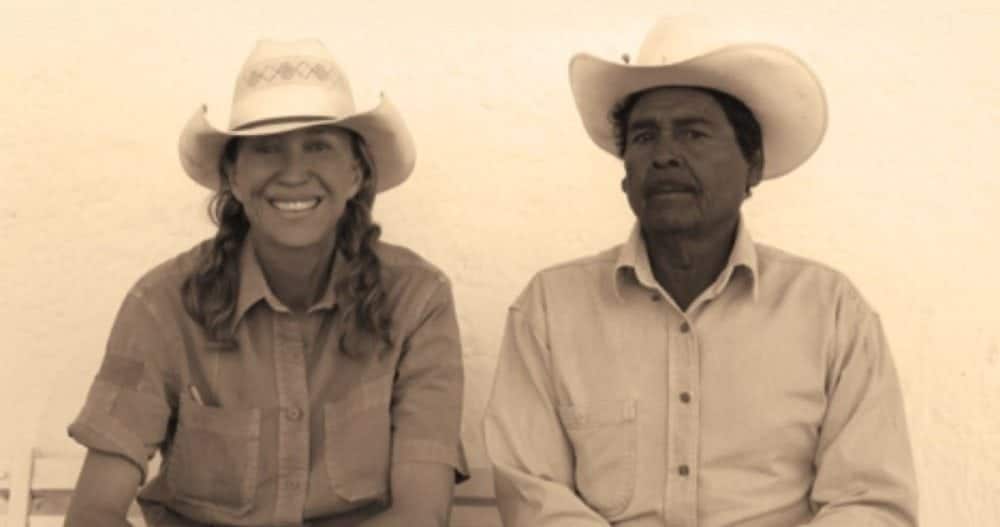 PHOTOS ©BRENDA COFFEE. Jan Barboglio and one of her craftsmen on the ranch. 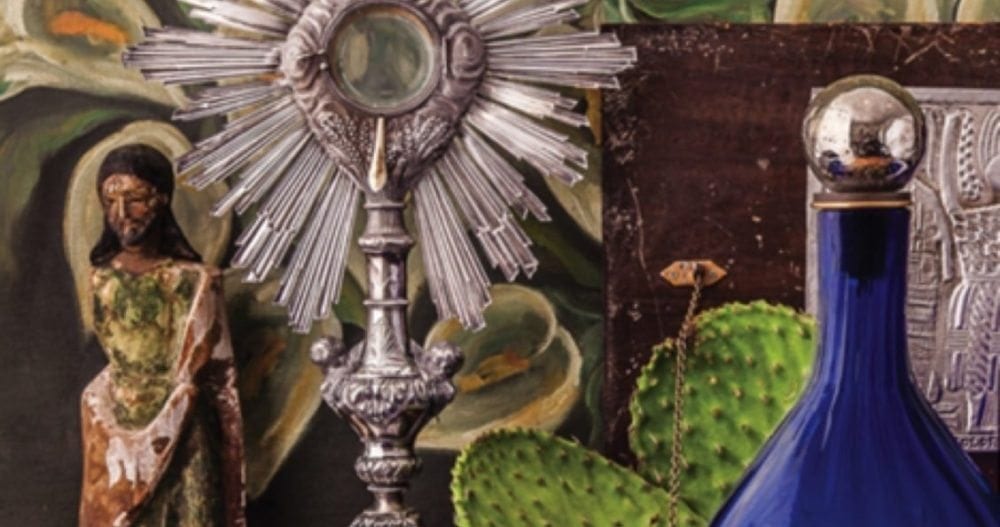 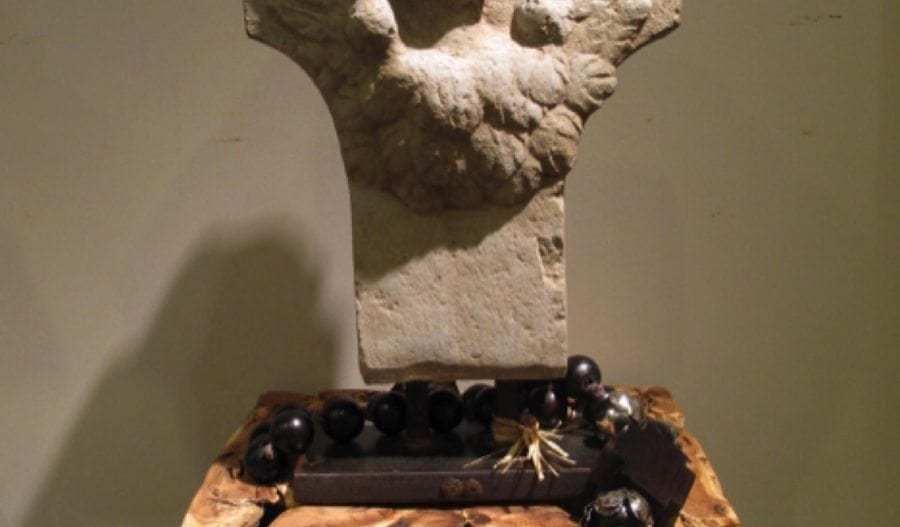 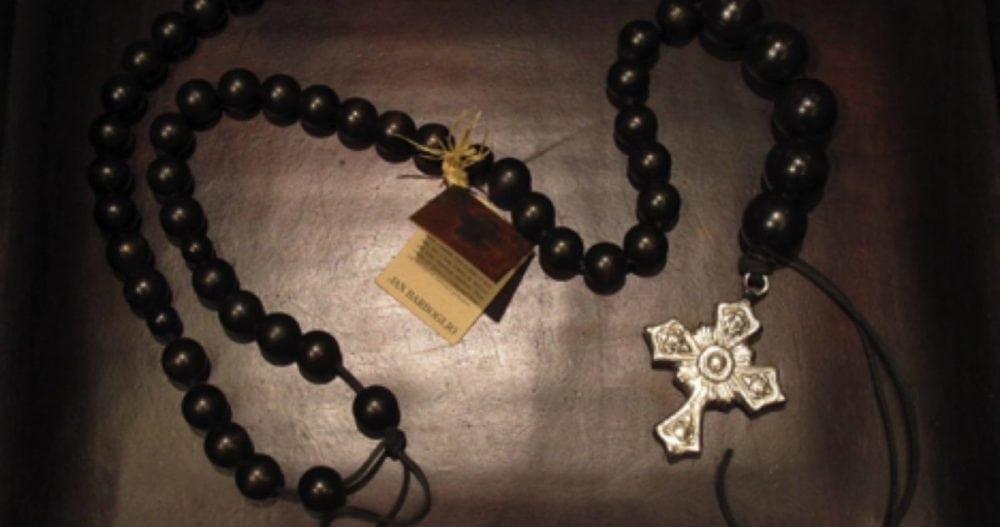 Jan Barboglio’s chic, unique designs have long been a staple in upscale homes in Texas, Mexico, the Southwest, California and the East Coast. Each one of her pieces is handmade and captures the charm and hacienda lifestyle of old Mexico. The juxtaposition of her handwrought iron candelabras and furniture, hand hammered iron chargers and handmade glass candleholders—often paired with nickel, even raffia—create elegant, functional pieces of art.

The fire startled everybody and brought us back to together, back to reality.

A graduate of Southern Methodist University in Dallas, Jan was raised on a working cattle ranch in Durango, Mexico.

At 14, she left for boarding school in El Paso, Texas. Growing up on the ranch, Jan was familiar with the process of hand forging iron. It has become a trademark of many of her designs. Jan Barboglio’s pieces are about life, love, faith and family. Her from the heart, universal appeal has made her pieces sought after by serious collectors.

“I’ve always tried to figure out what it is I want to do,” said Jan. “I worked at Neiman’s for a long time. I went through the Executive Training Program at Neiman’s; met all my friends through Neiman’s; met my first husband at Neiman’s, and of course, Neiman’s has been a big customer base for my designs. Neiman’s gave me a sense of quality, but my sense of style is from my upbringing in Mexico. I’m so sentimental toward Mexico. I hear Mexican music, and I cry.”

For a long time, Jan and her sister had a popular clothing company. Their white cotton, off-the-shoulder, tiny waist, big skirts, drawstring—one size fits all—dresses were inspired by the Mexican señoritas. Their belts were even borrowed from the old ammunition belts worn by the Mexican revolutionaries.

“We wore the belts and combat boots with frilly dresses,” said Jan. We had a great time with it and sold it at Neiman’s. The same customers who bought our clothes, are buying my things now. When I make appearances at Neiman’s, a lot of women come to meet me, wearing their dresses.

“When we we lost our apparel company, I started cooking a lot. Part of the movie, “Like Water for Chocolate” was filmed on our ranch: the scene in the kitchen with all of the pans was one of those. I had a lot of candles and candelabras, so I started looking for a bobesh. I call them wax grabbers, because I’d have to clean up all the wax the next morning. I couldn’t find anything, so I made a seven-inch, iron, wax grabber with a hole in it, and I’d put a candle or a pillar in it. That took care of my wax all over the floor. That was my first design.

“My sister came over one night and said, ‘I love this! I want one, but I want one without the hole in it,’ and I said, ‘Why?’ and she said, ‘Because I want to put it under my silver serving dishes.’ She really got the idea of the silver and the iron. So I said, ‘If you’re going to do that, I’ll make a charger,’ and she said, ‘Well if you’re going to do that, do a tray,’ so that’s how it got started. I loved the apparel business, but I love this more.”

Jan Barboglio was recently awarded the Cowgirl Hall of Fame Award, given to women who create, design, build and interpret the traditions of the American West. While Jan’s designs spring from her life on her family’s ranch in Mexico, many of those traditions are simpatico with the American West. Her pieces are sold at Neiman Marcus, fine stores across the country and on her website.

READ MORE of my interview with Jan Barboglio:

“Where I grew up, Durango and Coahuila, it’s like the Wild West. Very much like South Texas and West Texas. Where we were, there weren’t any tourists, and not much beauty. The beautiful, old colonial haciendas were in southern Mexico. Where I was, it was a lot of adobe and haciendas that had their own beauty. You created your own environment and your own beauty which is really what my pieces are about.

“Last summer, July 14, 2014, my workshop in Mexico burned. My father had built it. It was a beautiful warehouse he’d built for his cattle business. That was the saddest part, plus it was the biggest part of our business there. We also had another bodega, that is adobe, for our foundry and then there’s our offices. It was sad, but it was good, and I’m not just being a Pollyanna. We’d gotten to the point with our business where we’d gotten a little bit… What’s the word I’m looking for? La-de-da. The fire startled everybody and brought us back to together, back to reality.

“There was never any question that we wouldn’t go on. When I got there, the workers had built these little tents, one right after the other, and within a week, they were up and working again. I just cried. I just couldn’t believe it. It showed such a love for what they do and for all of us.

“We bought a circus tent and pulled them all together. We will rebuild. We had 106 angels that were all packaged in bubble wrap, ready to ship, that burned. When I saw them all lined up like that, and undressed, out of the box… Some of them have a unique patina from the fire with the white all over them. We put crowns on many of them. They’re La Belleza Del Fuego. The beauty of the fire.

“I don’t have my clothes made like I used to. I tend to go to Last Call at Neiman’s. I love going to vintage stores. It’s hard for me to find things to wear because I’m an odd size. It’s hard for me to look like other people, because I can’t wear what other people wear, so if I find something, I put it together differently. Like I found these harem pants in a vintage store, and my top is Eskandar. My favorite piece is this. I got it in San Miguel de Allende, and it is a raincoat. You can wear it with jeans.

“Yesterday I was boarding a flight and the airline attendant said, ‘Exactly what do you have on?’ (Laughing.) I go to these nurse uniform places and buy smocks that are a 5X. Really, really big. They have snaps, and they always have lots of pockets, which is what I love, so I had on some nurses pants that have five pockets, and I had on two of the tops. One of them on, and the other just tied around. It didn’t quite go around my waist, so I had a rubber band. It was all sort of asymmetrical. I’m sure she was thinking, ‘How does this poor thing afford to fly? Bless her heart. She’s just put on everything she owns.’ I didn’t even have any jewelry or makeup on. You know, the ritual of figuring out what you’re going to put on every morning and putting on your makeup can be such a waste of time.”

Boxed In by Downsizing

THE MOBILE LIFE FOR ME