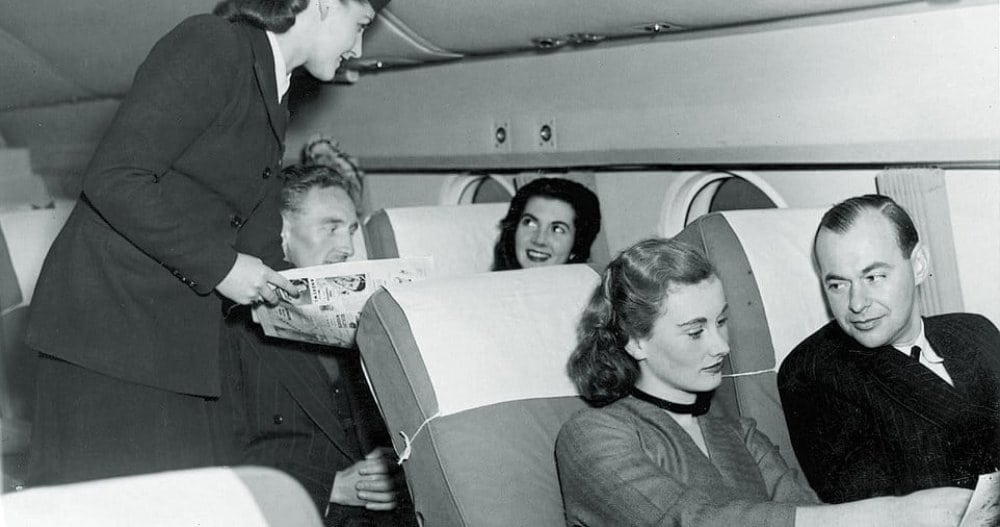 Last week I spent a lot of time in airports, waiting for the rain to stop and trying to read Anthony Bourdain’s Kitchen Confidential. I love this book because he wrote just like he talked. From page one, paragraph one, we’re reminded that his cutting wit was as sharp as his knives. Even so, like a deflated soufflé, my attempts to read his irreverent banquet fell flat. Who would have guessed Anthony Bourdain would be derailed by an airport full of poorly dressed passengers… mostly men over 50?

Maybe it’s just me, but I think it’s telling when the best dressed person in the airport is a nun.

Try as hard as I could, it was difficult to read about drugs, sex and haute cuisine when my fellow passengers looked like they’d just been to rock ‘n roll clown school. Six, 55 to 60-ish men—carrying guitar cases and looking like Gene Simmons wannabes—sat down across from me. Two of them had long, frizzy hair that exploded out of black caps with the word, “METAL.”

A couple of the guys were wearing black “Rock School” t-shirts. One looked like he’d been impregnated by a Volkswagen Beetle; a giant, rounded lump in his belly had taken over his lap and part of his legs. The 20-something girl, traveling with them, had rings in her nose and appeared to have spent one too many hard nights of debauchery. They were a motley crew for sure, although the band, Mötely Crüe, were true fashionisters compared to this bunch.

While I’m happy they were getting to live out their fantasies, they were car number one of a fashion train wreck I couldn’t stop watching.

Car number two was not one, but two men over 60 with long, unkempt, yellow-gray beards and matching hair. These twins from another mother could have been casting rejects from an episode of Grizzly Adams. What were the odds these two guys were on the same plane but didn’t seem to know one another?

Why do so many men have breasts these days, and why do they insist on wearing t-shirts that accentuate them? I remember when men wore t-shirts under their shirts to keep those puppies under control.

Then there was the guy wearing a red, white and blue, sequined, cowboy hat… tied under his chin… with his jeans tucked inside his boots. He looked like a Fourth of July version of Roy Rogers.

I’m not crazy about the “Rat Pack” hat trend of the last few years. I wasn’t wild about it when Frank, Dean and Sammy wore them, but at least they knew how to wear a hat. For starters their hats actually fit their heads, and they wore them pulled down on their forehead. At the airport I saw a 60-something guy in flip flops and a straw fedora, two sizes too small, perched on his head like a cherry on a sundae.

Don’t these guys have wives or girlfriends who tell them how dumb they look?

Other than the nun, my “best dressed in the airport award” goes to a seven-year-old boy, eating a chocolate bar and wearing a black and white plaid, Sherlock Holmes hat, a black trench coat belted at the waist and red pants. He was adorable! Who knows? Maybe he’ll grow up to be a “food inspector” and write his own book… Chocolate Confidential.

NEAT AS A PIN

FOR THE LOVE OF ISAAC

MODERN YOUTHFUL HAIR AND NAILS FOR WOMEN OVER 50