PUPPIES CAN BE OVERWHELMING 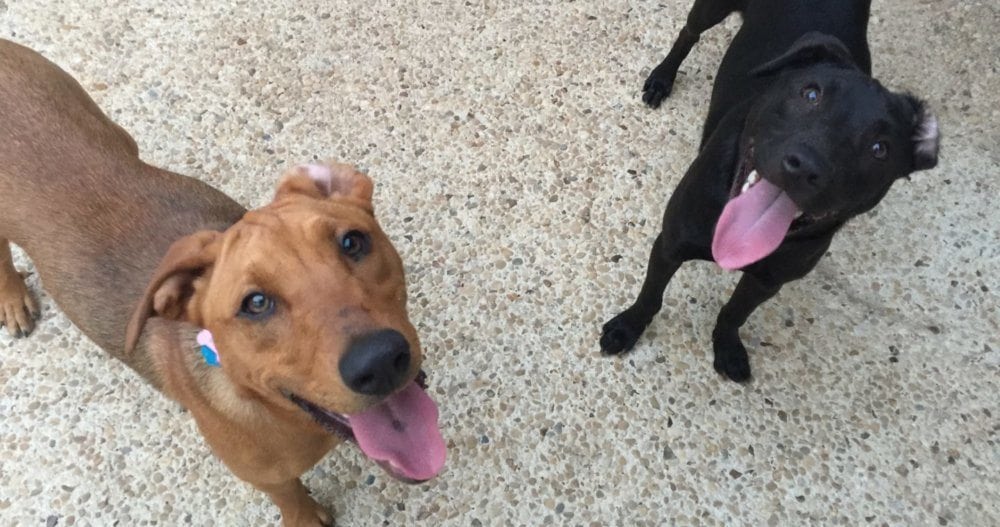 There aren’t many things cuter than a soft, snuggly puppy who nuzzles your neck and whispers, “Adopt me! Adopt me!” Adopting one puppy is a good thing, but two? When I asked my girlfriends why they didn’t stop me, they said, “You’ve always had dogs, so we figured you knew what you were getting into.” Yes, but never puppies! When I was younger and the same friends started having babies, I didn’t understand the degree to which their lives had changed, overnight, but now… That’s me!

I also have postpartum depression, and I didn’t even give birth!

I get nothing done! Nothing! All my time’s spent, dealing with two puppies! Where is their off switch? For the first couple of months I set my alarm to get up in the middle of the night and take them out to pee. Sleep deprived new moms… I understand that now as well!

In the beginning the girls squatted where they were to use the bathroom. Annie’s now mastered “outside,” but Lulu has what’s known as “Submissive Peeing!”

Everything’s still fair game to be chewed or eaten. I’m always right there, but they lunge for something and swallow it before I have a chance to dig it out of their mouths. It’s a wonder they don’t think their names are “Noooo!” 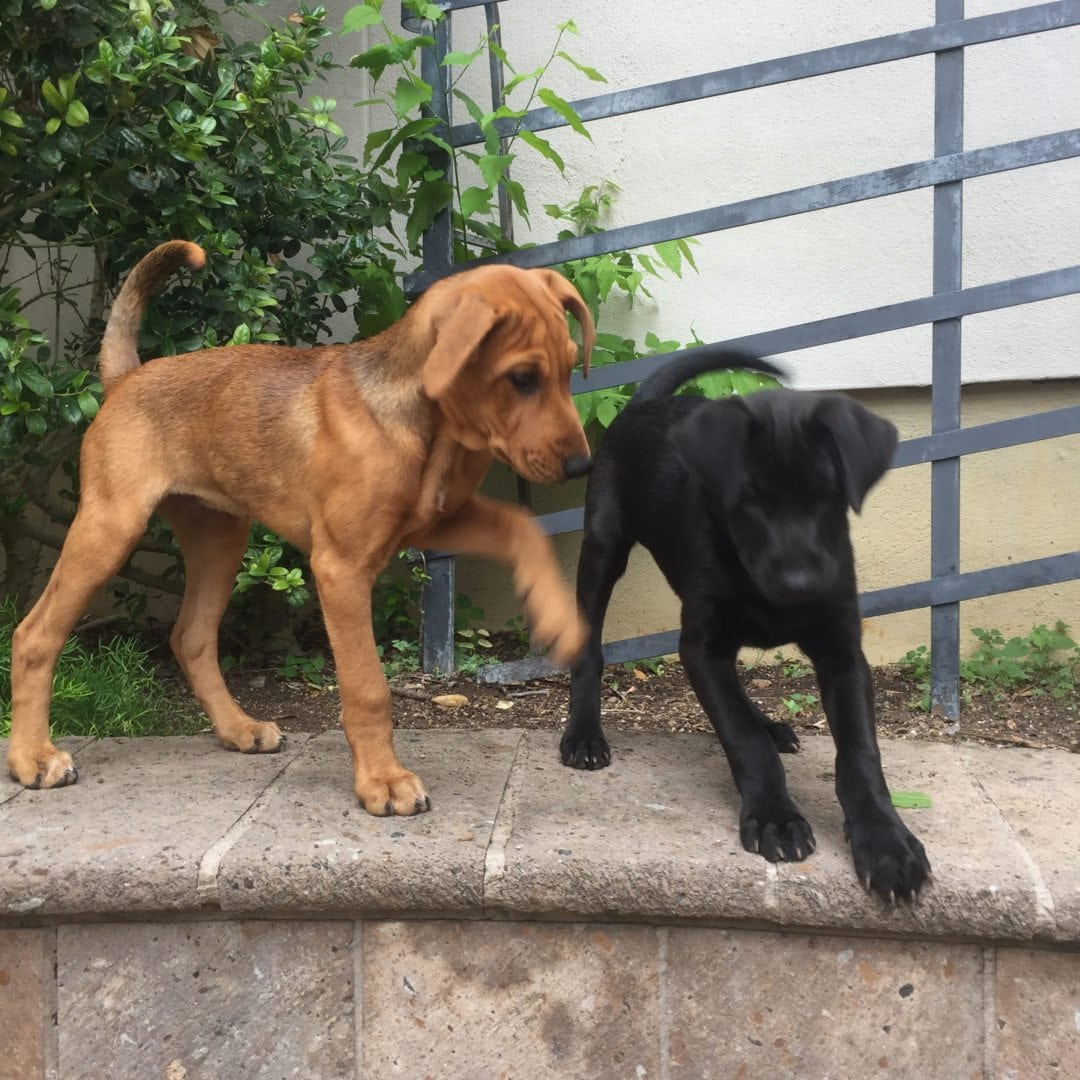 Together, they’ve had veterinary-induced vomiting five times to bring up things like sprinkler heads and rubber gloves. Let’s not even talk about the reams of crabgrass Lulu inhales and then “exhales” in the middle of the night. Then there’s Annie’s emergency surgery to remove a wire she swallowed that passed through her stomach and was waiting to puncture her intestines. The vet, literally, didn’t know if she’d survive. She was in intensive care and then in a crate and only out on a leash to pee for a MONTH. They’re now my five thousand dollar dogs!

In an earlier post I suggested puppies instead of antidepressants, but if I’m to be honest, I’ve been depressed. This has been one of the most overwhelming, nonstop times of my life.

After adopting them, I realized the guys who “flipped my house” dumped their trash in the bushes. I raked up nails, broken glass, tile shards and tin snips. When more stuff kept turning up, I raked—this time on my hands and knees with a HAIR COMB—and collected NINE garbage bags of dangerous things! When I realized there was more, I had the yard guys dig up FOUR inches of my back yard. Now after Hurricane Harvey, all I have is mud…

Dog trainers tell me it’s difficult for litter mates to bond with anyone, but one another, plus they feed off of each other’s energy. In an attempt to deal with this, I have a great “nanny” who walks them three days a week until their tongues touch their knees. Also each girl goes separately, once a week, to daycare to socialize with other dogs–Annie has a boyfriend…. a French Bulldog, and yes, she’s been spayed–while I bond with the other one at home.

Two weeks ago I reached my limit with hyperactive puppies who don’t listen to me, and short of an Exorcist head spin, I had a verbal meltdown. They stopped in their tracks. Their eyes got big, and they looked at me differently. I think I should have done that sooner. Maybe it was my Linda Blair moment or the cumulation of time and “it takes a village,” but I have glimpses of the family I wanted when I adopted them.

BENEFITS OF AN ELEVATED TOILET