Paul and Anna in Paris 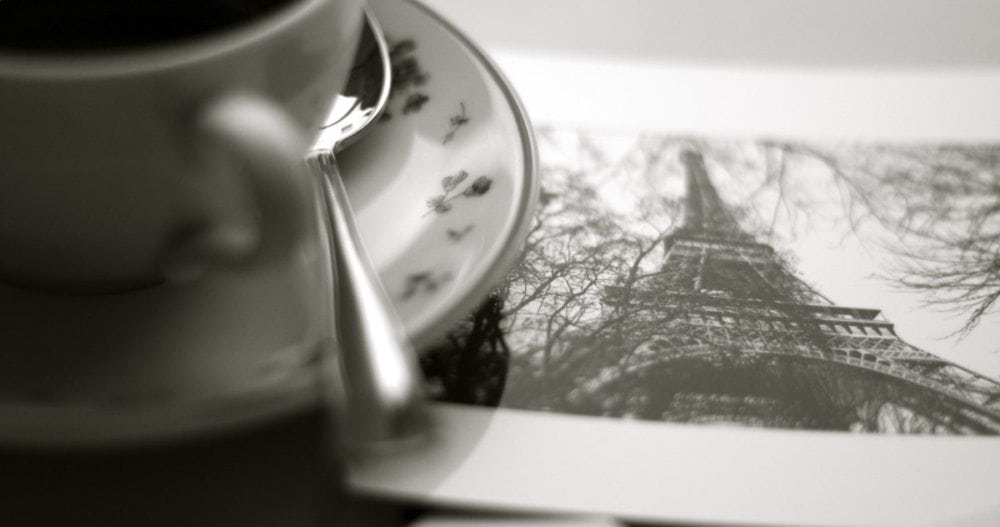 We pour our bodies into familiar seats at one end of the bar, our favorite place to sit as it’s the perfect spot; protected by the thoroughfare yet at the same time, a prime position to watch everyone else pass back and forth.

We order dinner and a bottle of champagne. It’s quiet, the large hands on the clocked have barely ticked past 7.30pm, “Do you think we’ll even make it to midnight?” my husband, David, asks. I grin, “I doubt it, but it doesn’t matter if we don’t.”

Being together in Paris, drinking champagne and eating French food was a pretty fantastic end to a year. Once dawn breaks, I’ll be happy to welcome in the new one from the comfort of a warm bed, rather than staying up just for the sake of it.

As it turns out, the sun has begun to rise as we make our way back to our rented apartment. We’re tipsy, but surprised and delighted by the way the evening turned out. I guess it was about 10pm when they arrived at the bar, but Paul and Anna were friendly and full of life, and we all hit it off immediately. And when new friends have entire lifetimes to catch up on, I suppose it’s inevitable we’d be up until the early hours.

A year later and we’re on those very same seats in the exact same position. “Did you ever hear from Paul and Anna?” David asks. I have to admit to him that despite our mutual promises to stay in touch, and my good intentions, I never so much as dropped them a line. I pull my phone out of my bag and flick through my contacts, “Oh look, I still have all their details. Let’s email them tomorrow and let them know we were here and thinking about them.”

As I slip my phone back into my bag, the door to the bar opens. “David, you may want to turn around.” My words are barely a squeak but the look of surprise on my face must have been enough to prompt him to move. And so there we are, one year later, face-to-face with Paul and Anna.

Six weeks into the year and we all meet again. This time the meeting has been arranged, and we’re in a corner diner in New York City. We just happen to be visiting the city they call home. It’s a cold Sunday afternoon in February, and we find a cozy spot to hunker down. There’s a feeling of excitement, but I can also sense that we’re all a little nervous; will the conversation flow quite so easily without several glasses of champagne?

We had no reason to be nervous, we talked into the early evening and parted reluctantly, but we all agreed that it felt as though that afternoon had cemented the friendship.

They came to stay with us in the summer. A few short days that were a highlight of the season. Such easy house guests and the feeling of familiarity that usually only comes after you’ve been friends for years.

I’m not sure when we’ll see them again, but I know we will. I’m always strangely grateful I never got around to getting in contact in the year between our first and second meeting in Paris. There’s something rather delightful about a serendipitous encounter. It reminds me there’s still a lot of magic in this world.

Dressing Up for New Year’s Eve