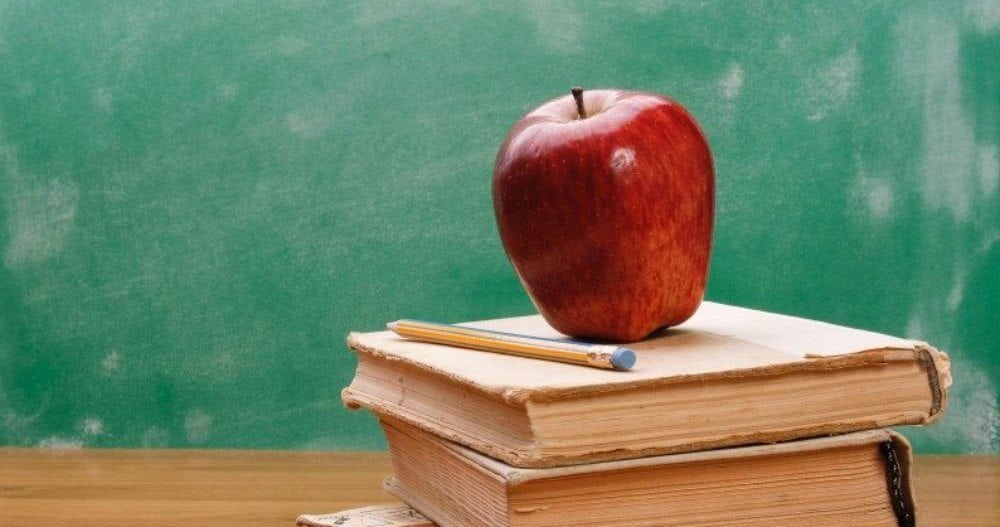 Years ago, I watched my brother’s kids for a week while he and his wife went on vacation. I stayed at their house in my hometown. I cooked the meals and got their kids to and from school — Raymond J. Lockhart School — the same one I went to.

Dropping them off in the morning was no big deal, but to pick them up in the afternoon, I had to show a signed permission slip to a woman holding a clipboard at the door. She had a hard time letting go of her suspicions about me until the third day.

I pictured me in the last half of the 1950s, right here in this lobby, holding my book bag, walking down these steps with my friends.

After a half-hour meander home — I’d say “hi” to my mother and eat a snack before going back outside to play. When she asked how school was I could say “Fine” without having to come up with any evidence.

For the first few days of picking up my niece and nephew in the afternoon, none of the other mothers said anything to me as I sat down. Mostly they stared as if I had Danger tattooed on my forehead and just spoke among themselves.

Then on the fourth day, when it seemed they were running out of things to talk about and the pauses between comments were getting longer, one of them looked up at the stately portrait hanging above us. She said, “Who was Raymond J. Lockhart anyway?” Before I could realize no one was looking in my direction, or that Dr. Lockhart had been dead for thirty years, I piped up helpfully, “He was Superintendent of Schools when I went here.”

Maybe it’s just me, but I thought questions would follow, questions like, “So . . . what was this school like then? What were kids like back then?” And it wouldn’t have killed any of them to tell me I looked good for my age.

Instead, everything got quiet. All eyes averted from me. Luckily, the school day was over and the bell rang, and soon backpacks were being unzipped and papers were careening slightly through the air.

What were kids like in the 50s? Here’s one answer. We were children who did what we were told, and now we’re all a little embarrassed about that. Hazards were everywhere. Sticking a fork in a toaster would zip you across the room and result in instant death as you exploded against the wall. A pencil could (and would) poke your eye out no matter the speed or trajectory.

Oddly, along with all the household objects that were out to kill us, we were also swept up in the American Can Do spirit and understood we could accomplish anything we set our minds to. This would turn out to be a handy way to think in our early twenties when we found out we were much smarter than our parents. Or — for that matter — any humans previously born.

We were primed to take over the helm from our reticent mothers and fathers who patiently waited for the next Great Depression, writing out budgets every month, and depositing money in their Christmas Clubs at the bank. By the time Raymond J. Lockhart School was built, our parents were practically old. Something we’d never be.

Mothers and Those Who Stand In the Gap