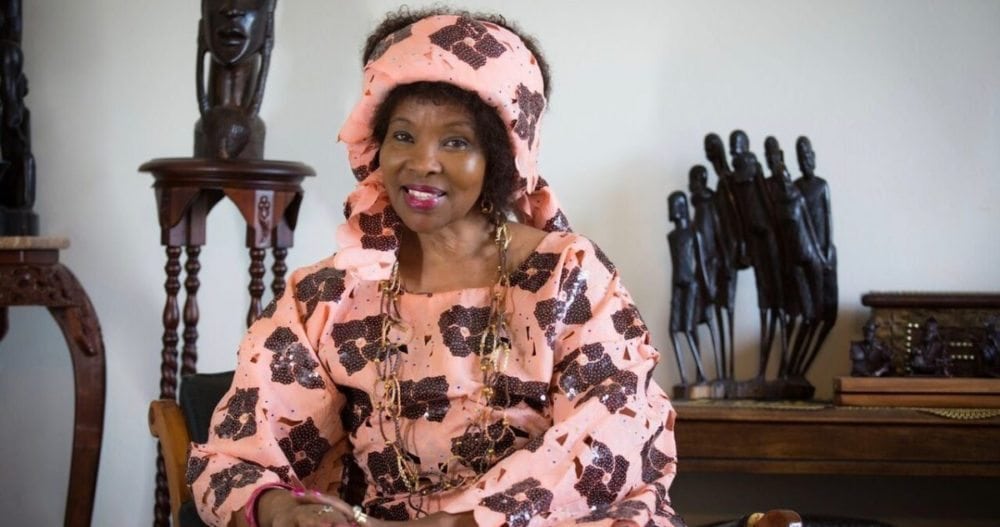 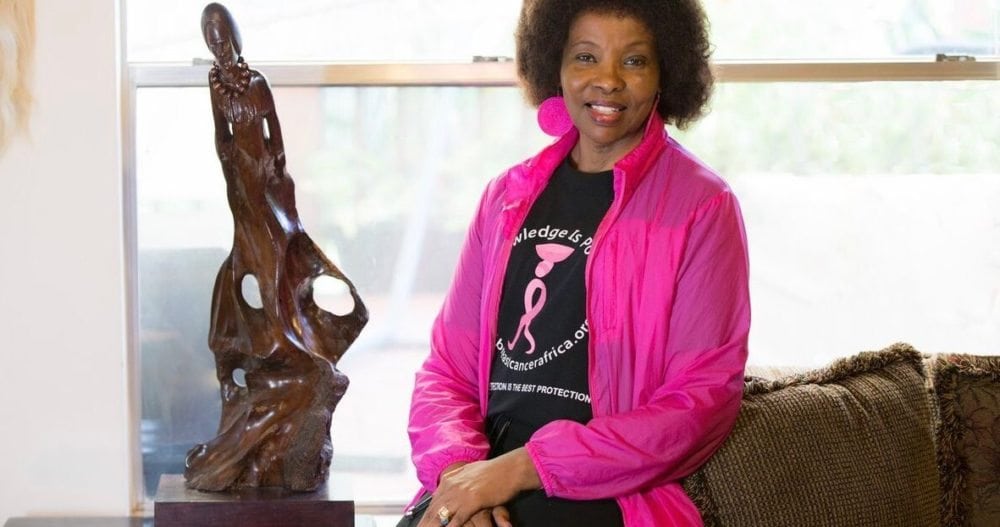 In 2007 doctors in Rwanda hadn’t heard the words breast cancer, and there were no oncologists. Now, thanks to Philippa’s efforts, there are two.

After her sister, Mabel died in Rwanda in 1986 of metastatic breast cancer, and Philippa survived her own diagnosis in 1994, she decided all women deserved the same healthcare opportunities she’d received.

“My sister represents so many African women,” said Philippa. “My doctors in Houston, Texas, told me I survived breast cancer because of early detection and treatment. Why should where you live make a difference whether you live or die? I had to do something.”

Women are the backbone of African society. When a woman gets sick, the entire family is in dire need. When Philippa discovered two sisters in Rwanda—both with breast cancer—were sharing the precious chemotherapy meant for just one sister, Philippa sold her personal computer and used the money to help the family. She also sold her beautiful, traditional Rwandan dresses at a special auction and used the money to make her first outreach trip to Rwanda. It was the beginning of Philippa’s extraordinary movement which has since become the Breast Cancer Initiative East Africa, Inc. (BCIEA), a 501(c)3 organization she founded in 2008.

On her first trip to Rwanda, Philippa did a small survey of 10 doctors to see how much they knew. “Only two, out of 10, had heard of breast cancer or were even interested,” said Philippa.

Philippa spoke with members of the Rwandan Parliament, the Minister of Health and the First Lady of Rwanda. “I prayed, ‘Lord, God, please… I don’t know what I’m doing. Please go before me.’”

Through a friend, Philippa started in Rwanda with 27 women who’d had their breasts cutoff. One had the wrong breast cutoff and was sent home without any pain medicine.

“There was a medical conference for Eastern Central Africa with 250 doctors in attendance who’d never heard of breast cancer. It was sponsored by Doctors Without Borders. We were able to talk about breast self-exams, mammograms, pap smears, and then those doctors went from one hospital to another. The next year we hosted our own breast cancer conference. We’re getting to be known.”

Philippa has created a mobile phone App with breast cancer, self-exam and other health information. “My goal is to train one ambassador in each of Rwanda’s 15,000 villages; give her a smartphone, the App and a translated book and have her teach the women in her village. I’m fighting breast cancer with one smartphone per village.”

“In 2001 we had our first Ulinzi walk to raise awareness. Three hundred people showed up, and we had doctor’s giving information. Our next walk is October 22nd.”

Philippa Kibugu Decuir—a former special education and English teacher for 28 years with a Master’s in Education—and BCIEA has directly impacted and educated close to 10,000 women in Rwanda. She’s also expanded her work to include educating the African residents and refugees in Houston.

“What I need most is money. I want empowered women. Even if you’re sick, you’ll know you’ve done everything you can instead of sitting until your breast is rotten and your husband and children don’t want to see you.”

PS: Philippa and I have been friends since 2011. I think the world of this woman and her mission. I’m also on her Board of Directors. Should any of you have funding or resource ideas, please contact me.

I’D ALMOST RATHER STARVE THAN…