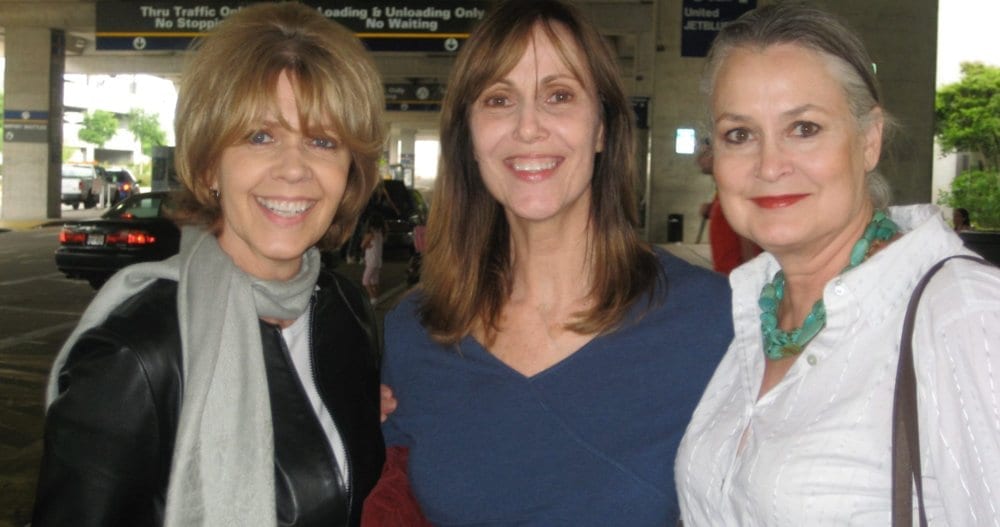 One of the best trips I’ve ever taken was to Santa Fe, New Mexico, with my two best girlfriends. We’ve known one another since high school. The stores on Santa Fe’s plaza and the art galleries on Canyon Road beckoned us with bold brush strokes and shiny silver and turquoise baubles. Stores where your gold and platinum cards are welcome before you are.

I bought a custom-made paper bracelet and a series of x-rays taken of me at the emergency room in Santa Fe.

The week before our trip I had a bladder infection. Antibiotics and a gallon of cranberry juice and all was well, but two days into our trip… My right kidney felt like I’d been in a WWE Smackdown. A call to my doctor at home produced phrases like “abscessed kidneys,” “loss of function” and a strong suggestion I visit the local emergency room.

At the hospital I listed my girlfriends, Gayle and Lee, as my next of kin. Sisters born of love not blood. The three of us trooped down the hall to the x-ray room; me in my hospital gown, cowboy boots and a blue hospital sheet I tie-wrapped around my waist and made into a midi skirt plus a peach blanket I draped over my shoulder like a serape. Ralph Lauren ER chic.

We should have been drinking margaritas instead of wondering if I had serious kidney problems. To pass the time Lee took pictures of me on the gurney; of me and Gayle on the gurney; of Gayle passing out Oscar Meyer Weiner whistles… I still don’t know where she got them.

“Maybe the hospital can pierce your ears while we wait,” Lee suggested. We laughed until I feared the hospital would throw us out for bothering the woman in the cubicle across the way.

Like a bolt of lighting a strange-looking man ripped the curtain back and stepped into our cubicle. He smelled of alcohol and was naked except for a pair of orange boxer shorts. On his head was a towering mass of matted hair that looked like Marge Simpson’s “do” except his was lopsided and coal black. Gayle screamed, and in a few seconds two policeman appeared with sheepish smiles and led him away in handcuffs.

When my doctor arrived he put my x-rays on the light box. “You have some interesting things going on here,” he said. He pointed to a cloudy mass in my colon.

“You have what we typically refer to as FOS.”

Gayle and Lee started to snicker.

“It’s probably been there since late last year,” he continued, well-aware that the new year was only a few days old. The corners of his mouth turned upward, and he and Gayle and Lee began laughing. “FOS,” he said. “Full of shit.”

“Oh no,” I said, still not getting that he was saying I had a world-class case of constipation pushing on my kidney. “That’s cheese. I usually don’t eat cheese, because it gets “stuck,” but I’ve had lots of cheese over the holidays.”

“That may be,” he said, tapping once again on my x-rays. “But that’s not cheese.”

“Oh, but I drink plenty of water and exercise every day,” I said, still in denial that I was impacted with ancient fecal matter.

“That may be,” he said, again. “But this is pushing on your kidney. A good laxative and you should be fine.”

How far would you go to have a great vacation? I went to Santa Fe’s emergency room and spent the day with my girlfriends, savoring our similarities and learning from our differences. In many respects we’re still the same girls we were at 15. We have a trust born of youthful innocence and nurtured by almost a lifetime of shared experiences.

Regardless of where we go next year, I won’t be eating cheese.

Have you ever taken a great trip with your girlfriends?

ALL BLACK, ELECTRIC GUITARS ARE OPTIONAL

STARS OF THEIR OWN REALITY SHOW

Your Body In The Bedroom