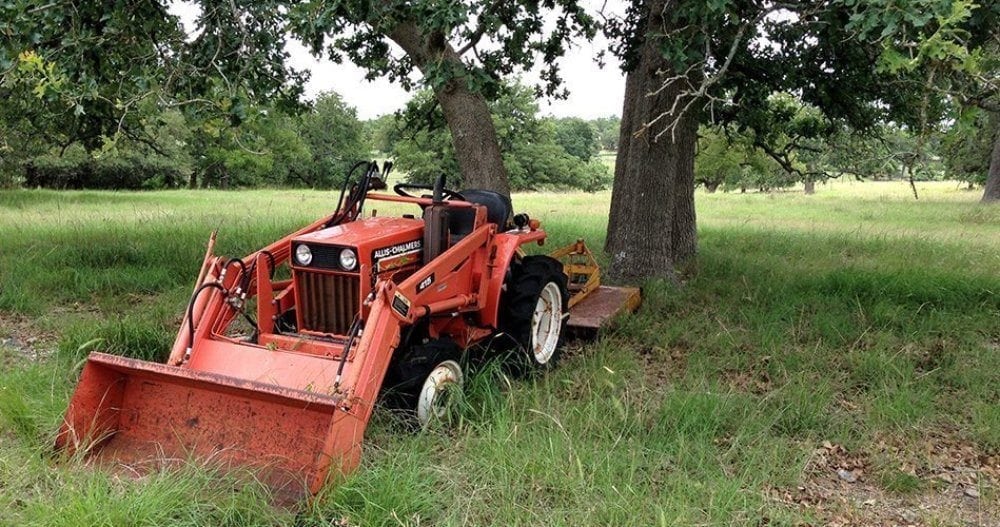 This week the world lost a great talent, director Mike Nichols. Nichols was in that small, elite group of people who’ve won an Emmy, Oscar, Grammy and Tony Award. We’ve love his films, The Graduate, Silkwood, Working Girl and The Birdcage, but he was much more. A kind and gentle family man who escaped Nazi Germany when he was seven. My heart breaks for his wife, journalist Diane Sawyer, and their family. I know what the sudden, unexpected death of a husband is like. Coming to terms with the death of my darling James was the most difficult thing I’ve ever done.

James liked to run on our ranch in the Texas Hill Country. The day after Christmas, almost four years ago, when he was late returning from his run, I knew something was wrong. I grabbed my coat, a flashlight and my cell phone and made a quick drive down the walking paths he’d cleared on the ranch. I was looking for an upright figure, so I didn’t see him laying on the other side of his tractor, hidden from view.

When I didn’t find him after the first time down and back, I called 911, and then the neighbors, and told them to bring flashlights and to hurry. My second trip I repeatedly stopped, turned off the engine and called, “James. James. James.” My voice echoed his name across the canyon, but I heard nothing in return. Maybe it was because it was nearly dark or because of the camouflage jacket he was wearing, but I’d passed right by him on both trips and didn’t see him.

“I LAY THERE FOR A LONG TIME, STARING SKYWARD AT THE LAST THING HE MUST HAVE SEEN: THE BLUE TEXAS SKY ABLAZE WITH ORANGE AND RED AND STREAKS OF PINK.”

I raced back to the house and secured the dogs on the back porch, then drove across the rough, boulder strewn land that runs along another canyon, but he wasn’t there. I could hear Molly, our Great Dane/Black Lab, utter what may be the most plaintiff sound I’ve ever heard: a low mournful howl. Molly and James were a love story unto themselves and somehow, I believe Molly knew James was gone.

It was dark and below freezing. Our neighbors told me to wait at the house. By then, 40 minutes had elapsed. It wasn’t long before the screen door opened. Our neighbor, Trey, shook his head back and forth. His eyes were sad. “We found him,” he said. I wanted to howl like Molly, but I couldn’t summons even a whisper.

I still have so many unanswered questions and “what ifs.” What if I’d seen him on my first pass, or even my second? Was he still alive? Could I have saved him? Did he suffer? Did he cry out? With so many lowlifes in the world, why James Coffee? He was a prince, admired and loved by all, with an ability to connect with everyone from billionaires to day laborers who didn’t speak English. He was a man of integrity. “A man’s man,” as a friend said, who spoke at his memorial.

The night after he died, I was compelled to drive his truck to the place where he took his last breath. Dressed in the camouflage jacket he died in, I layed down on my back, next to his tractor, my right knee bent upward, the bottom of that foot flat on the ground, my right arm extended away from my body. The exact position they found him in. I lay there for a long time, staring skyward at the last thing he must have seen: the blue Texas sky ablaze with orange and red and streaks of pink. I don’t know what I was hoping for, a message perhaps, a sense of being close to where his soul left his body. The one thing I knew was that he died on the land he loved, next to his tractor, under his favorite grove of trees. His Comanche ancestors would have said it was a “good death.”

For almost a year, I ran on autopilot, cutting off my highs and lows, living somewhere in the middle. For anyone who’s lost a child or a spouse, you can’t imagine joy and happiness will ever come again. For Diane Sawyer and her family, and those of you who’ve lost a loved one, I want you to tuck the words “hope” and “faith” in your hearts.

Faith is the foundation on which all of our hopes for the future are built. Without it, we would be limited to the very narrow world of only those things we can see, hear, taste, touch and smell. At some distant point, you will begin to feel hopeful about your future, but for now, hang on and have faith. I promise you, that day will come again.

GRIEVING THE DEATH OF A SPOUSE