A BOOK FOR DAVID YURMAN FANS 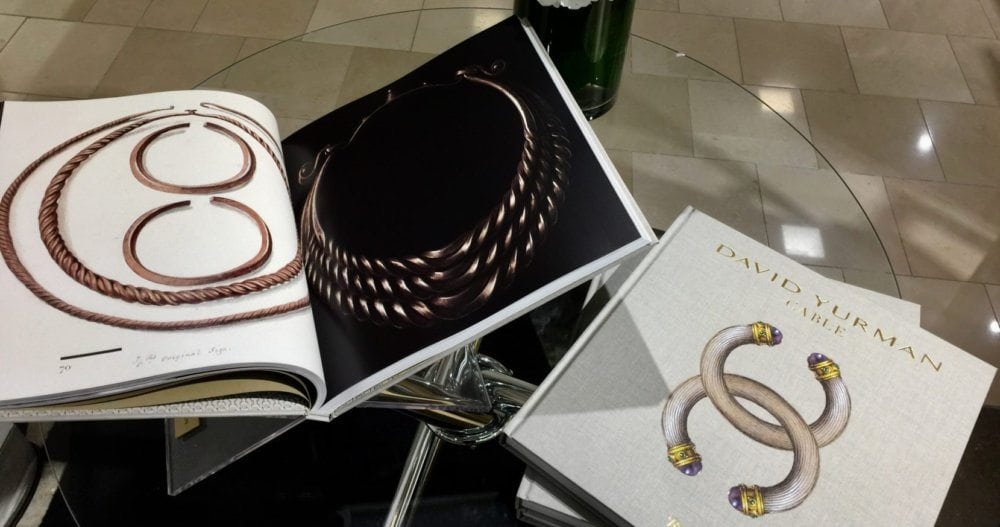 Since 1983, when he launched his first Cable bracelet, the twisted helix has been David Yurman’s signature design. This month Rizzoli published Yurman’s first book, a gorgeous coffee table retrospective of his work. Recently Neiman Marcus invited me to interview him.

The first thing David Yurman said when I walked in the room was, “Who made your necklace? It’s like my early, direct weld necklace!” 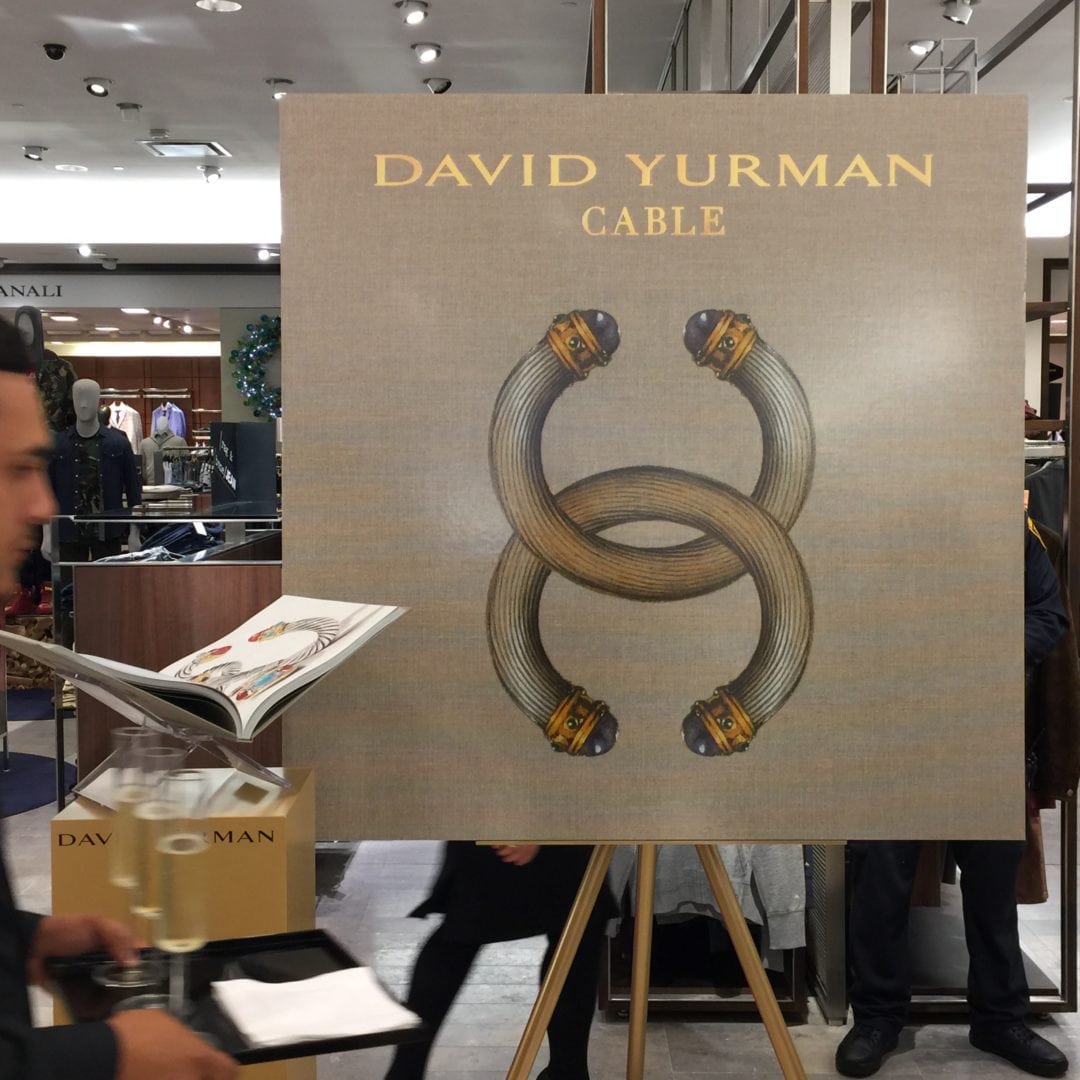 It may not have been politically correct to wear an Oscar de la Renta piece to interview David Yurman, but as I told him… “It reminds me of the sculpted, bronze Dante necklace you made as a gift for your wife. That necklace launched your career as a jewelry maker didn’t it?”

YURMAN: Yes! It reminds me of that necklace as well. It was a one-off. I didn’t really want to sell it because I made it as a gift for my wife, but a gallery owner saw Sybil (his wife and business partner) wearing it and and asked, “Are those for sale?” I was about to say no, not this one, but we could make you… when Sybil said, “Yes. It’s for sale.” (Laughs) Sybil did the right thing.

BRENDA: You began your career as a sculptor. How did you transition from making sculptural pieces to the Cable design?

YURMAN: It’s all wire, but I began twisting it to make it more rounded. I liked it’s (helix shape) strength in nature. The helix has a torque tension, and that’s where it gets its strength. I had a disagreement with Buckminister Fuller in an auditorium. Fuller said the strongest form is a triangle. I raised my hand and said, ‘Excuse me! Excuse me! I hate to disagree with you, but probably the strongest form in the universe–and the mechanical universe as well–is not the rigidity of the triangle but the fluid strength of the helix. There’s nothing stronger than the helix.’

BRENDA: DID HE HAVE A REPLY?

YURMAN: Fuller said, “We’ll talk about that later.” (Laughs) Did you know the strength of a spider’s silky spun piece is helix? Pound for pound, if a spider made that in a large form, a helix would stop a 747 landing. 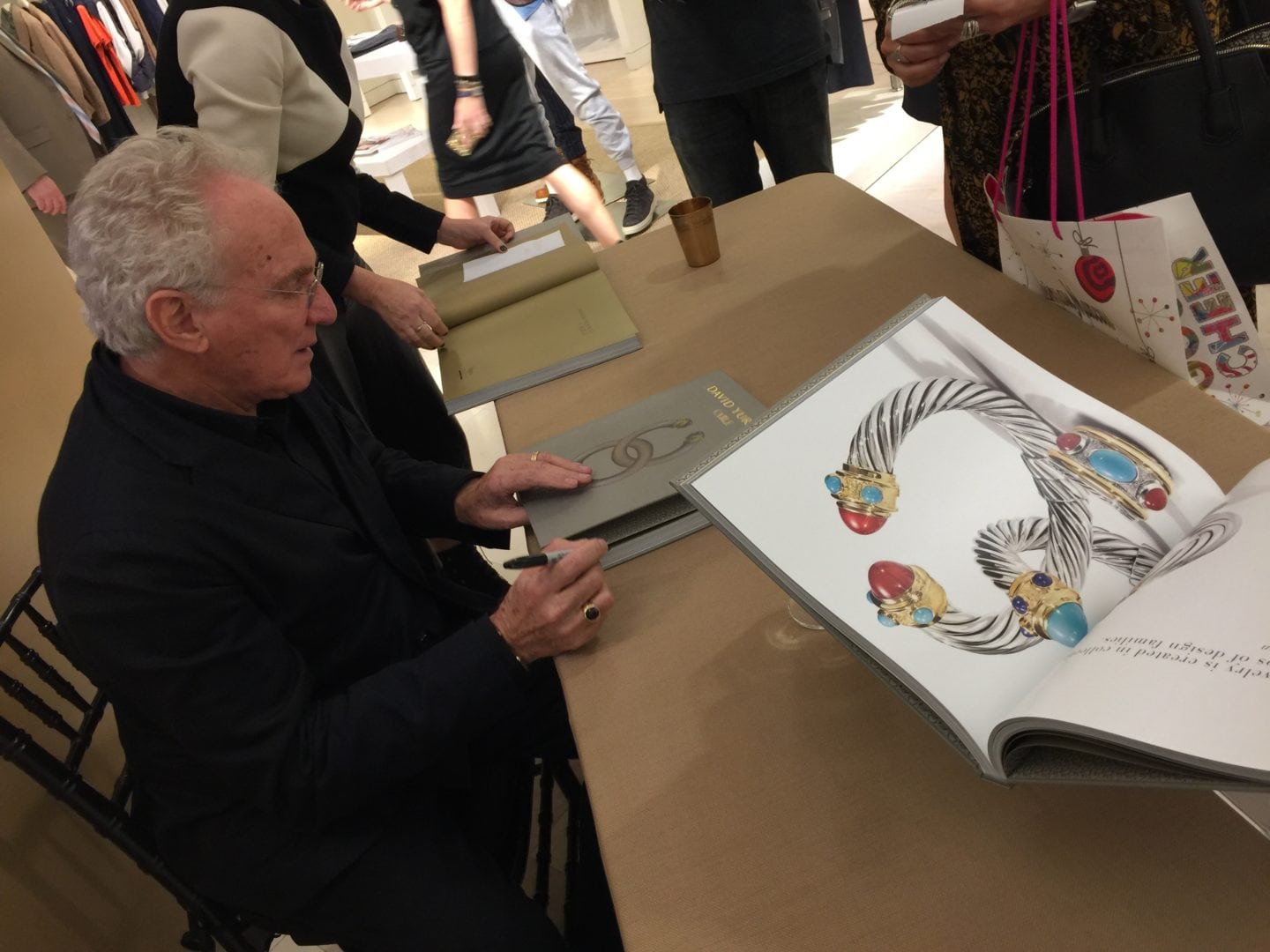 BRENDA: “Your jewelry designs are so iconic. Have you thought about designing other things in the luxury market?”

YURMAN: “I designed lamps just for Sybil, my wife, and our family, but other than that… not really.”

BRENDA: “I could see your beautiful cable design with the stones on the handles of chic little handbags.”

YURMAN: “We did that but scrapped it. I didn’t want to move that much more into fashion. Originally Sybil and I are both painter/sculptor and jewelry was almost a concession. My ego had a hard time just getting to jewelry. It was such girly stuff, but I got over that, because you’re still making things.

BRENDA: You and I share an interest in petroglyphs. What is it about them that captured your attention?

YURMAN: “Petroglyphs got me! I took a book about cave paintings out of the library when I was in high school… It’s still overdue. My hypothesis is that art, through the history of man’s being aware, has not really changed. Technically it’s changed, but the soul of what it is… Those cave drawings in Lascaux (southwestern France) express as much as anything by Picasso or van Gogh. The expression and the refinement was there in those cave paintings. 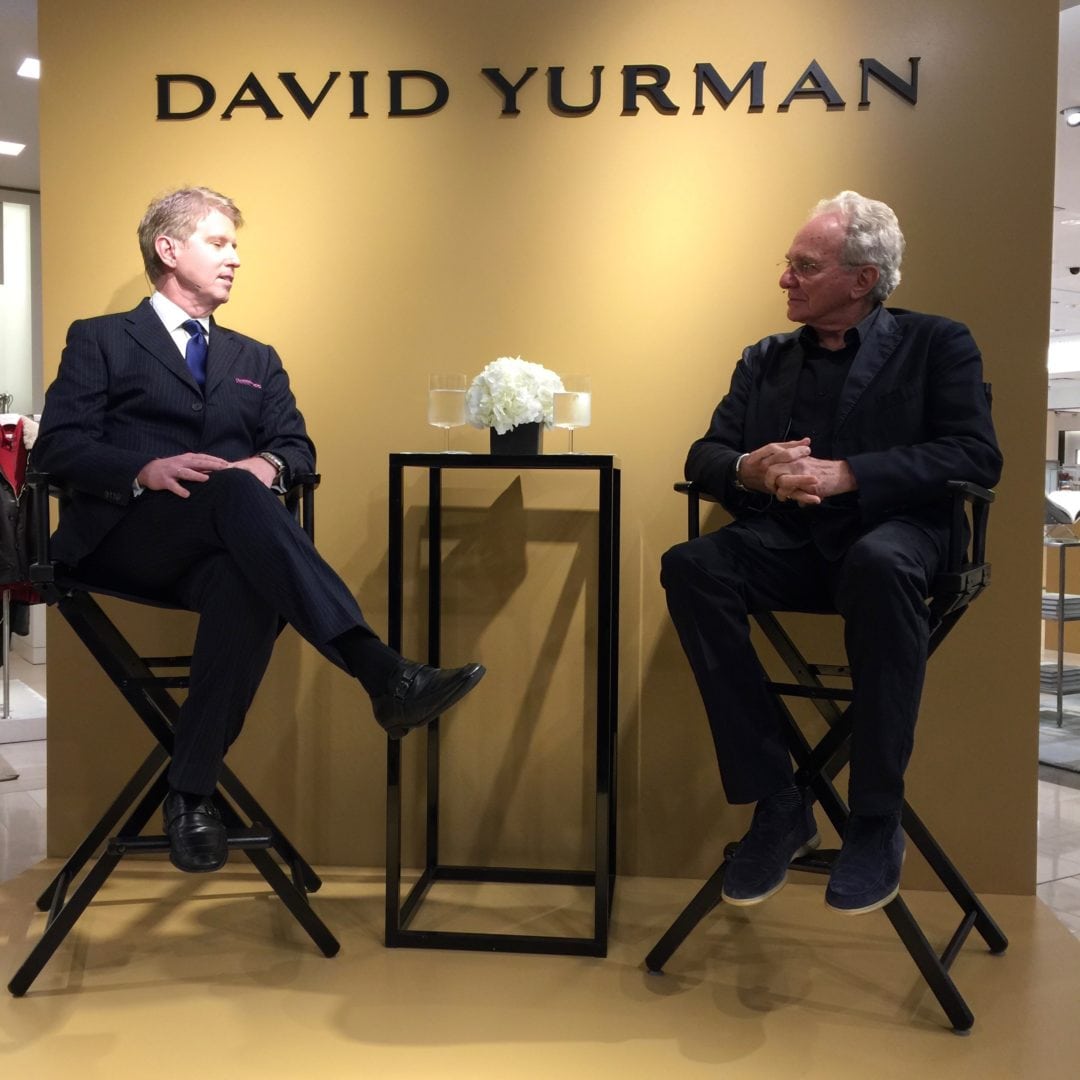 BRENDA: “You’re also a horseman. Do you still do trail rides?”

YURMAN: “I do! I just did a mini trail ride before I came here. Usually I go with a group of guys… same guys for 42 years now. My horses are “summering in Florida.”

Before I got up to leave, Yurman asked about the jewelry I was wearing on my arm.

JINGLE ALL THE WAY

JINGLE ALL THE WAY