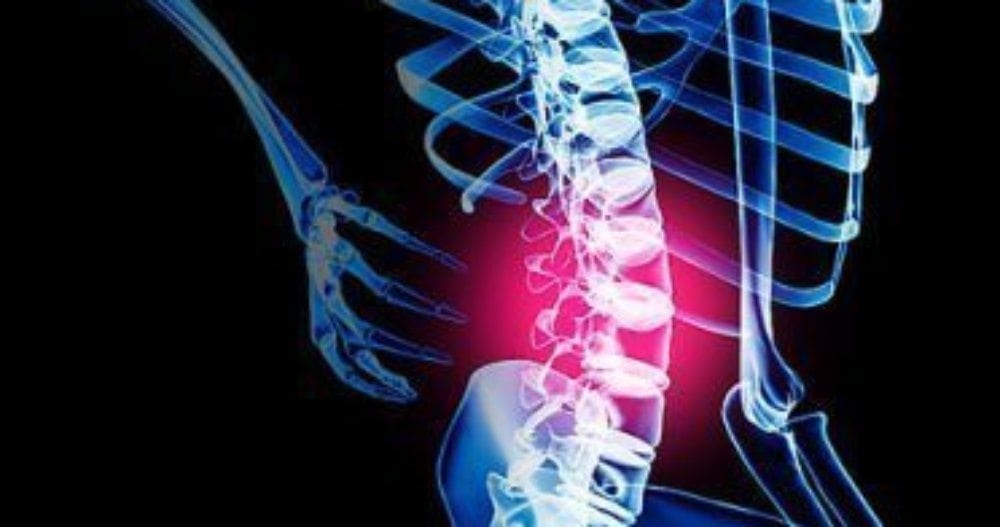 For as long as I can remember, I’ve had neck and back pain. Some days it’s one or the other, some days both. Occasionally it can be debilitating, but more often than not, it’s just annoying, the kind of pain that holds you back from being or participating fully in life. I think the genesis of my back pain was from a really bad crash when I was ski racing in high school. The spine is a delicate creature, and one good twang can create a lifetime of annoying symptoms. There were other minor incidents over the years, but the coup de grace came about 25 years ago: I had a run-in with a bad cup of clam chowder that landed me in the hospital for four days with food poisoning. I won’t go into detail, but let’s just say I don’t eat clam chowder anymore, and the strain on my body ruptured a disc in my lower back.

Anyone who suffers from neck or back pain knows you will do anything to avoid it. And should the pain present itself, no treatment is too “out there” if it provides relief. Over the years I’ve tried medication, acupuncture, chiropractic, ultra sound, physical therapy, massage therapy, cupping, yoga, gravity inversion, ice, heat, alcohol… you name it. I even consulted a neurosurgeon who put the fear of God in me about all the things that could go wrong, so I never went down that route. Some therapies have worked better than others, but always the pain was there, lurking in the shadows, holding me back from becoming my full self.

This afternoon I was getting a massage from Adina, whose hands have worked miracles in the past. My neck had been so tight that I was clenching my teeth, and my hips were sending shock waves down my legs they were so locked up. As she worked the muscles in my cervical spine, she tried to coax a displaced vertebrae back into alignment. After a while I felt something akin to a pop, more like a thump, kind of a twang. “Did you feel that?” she asked. “Yes, what was that?” “That was your vertebrae moving back into place.”

Something told me what had just happened was significant, perhaps life changing. That particular vertebrae had been out of alignment for so long, I had forgotten what neutral – normal –  felt like. What happened when it moved was so subtle – no drama, no fireworks – just a feeling of rightness.

Maybe that’s how big changes happen in life. Quietly, subtly, without fanfare. Somewhere deep inside your spirit says “Ahh…” and lets you know all is well. I feel aligned – harmonious – right now. I’ll still take her recommended dosage of Ibuprofen tonight, but something has shifted and it feels… good.

Just Say No With Confidence and Grace

WHAT WE SAY TO OURSELVES MATTERS