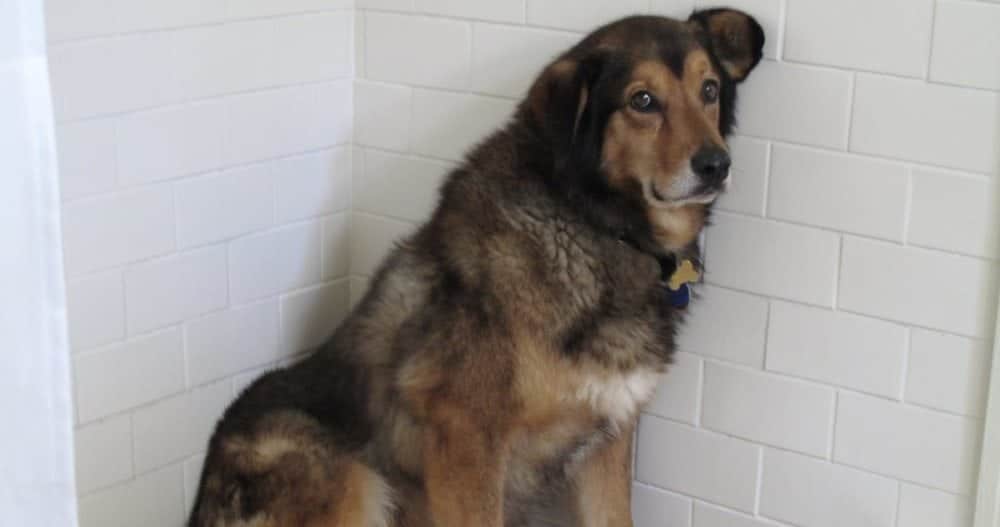 Sam and Molly have turned into velcro puppies. If I leave the room, they come with me. With two moves in two weeks, I’m not surprised. Numerous times a day I love on them, rubbing their sweet faces at the same time. We huddle, our heads together like players before the big game.

“We’re home,” I say, my head in-between both of theirs. “I know I said that two weeks ago, but this time, it’s for real.”

We’ve left the “Tower of Terror” as my girlfriend calls it. In case you’re wondering how I got out of my lease, I told the manager we could do this one of two ways. Their choice: I could move out quietly, or I could get my friends at the local TV stations to cover the dark, seamy underside of the city’s new la-de-da apartments, and I would post stories on key online sites. They chose option number one. Almost everyone I’ve told about these apartments has relayed similar negative stories. One said the Muslim women won’t get on the elevator with her and tend to stare her down. I told her I bumped into a man, dressed in a burka, then asked how she could be sure they were really women?

The day I turned my keys and parking pass into the office, a woman in her mid-to-late 70s, was signing her new lease. She and her husband—whom she said was 10 years older—were moving there from a retirement community. They were tired of playing cards with the other residents who did nothing but talk about their ailments.

“Their negativity was contagious,” she said. “We’re too young to live there.”

While I was hesitant to rain on their new home parade, when she asked why I was moving, I was honest.

“I won’t live where people scream at one another; beat up their girlfriend; are more interested in what’s on their cellphone than picking up after their dogs; there are potentially fatal dog diseases in the dog park—Molly contracted Lepto there; the building only picks up garbage once a week and the neighbors might be terrorists.”

I didn’t tell her my law enforcement friend said there are more Muslims—who’re suspected militant extremists—in that zip code than most neighborhoods in America, and he told me to “Get out, NOW!”

I’ve leased an older house in a nice neighborhood, not far from the ranch I sold two weeks ago. The house has been restored with French doors leading out to a big deck and a huge backyard that runs along a creek. Sam’s still tentative, but Molly’s resumed her hobby of sunbathing. It’s beginning to feel like home.

Perhaps the lesson from my experience is to do an honest gut check if you’re thinking about a drastic move. If you’ve never lived at the beach, maybe it’s a good idea to rent a condo before buying one, regardless of how excited you are by the shows on HGTV, and don’t transfer your fantasies about what the city, countryside, mountains or someplace offshore—like Aruba or Belize—is like until you’ve spent a lot of time there.

I make good decisions, but my brain wasn’t functioning on all cylinders with the apartment idea. Sure, I would have been closer to my city friends and have more opportunities to meet someone “interesting,” but I’d much rather live in a quiet, country neighborhood than be surrounded by violence and dog poop.

Elegant Mother of the Bride Dresses