The Man Who Modernized Women’s Hair 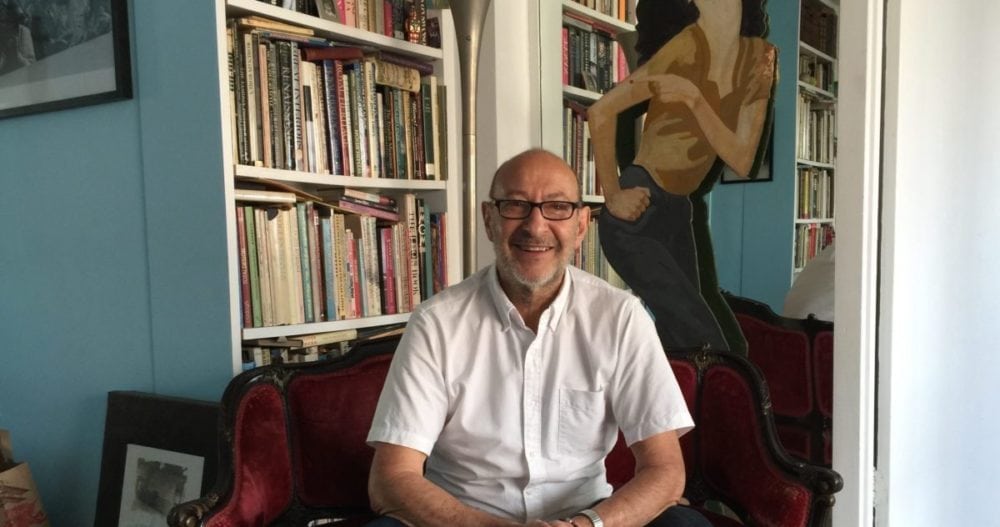 Harry King in his Manhattan apartment. Photo by Brenda Coffee. 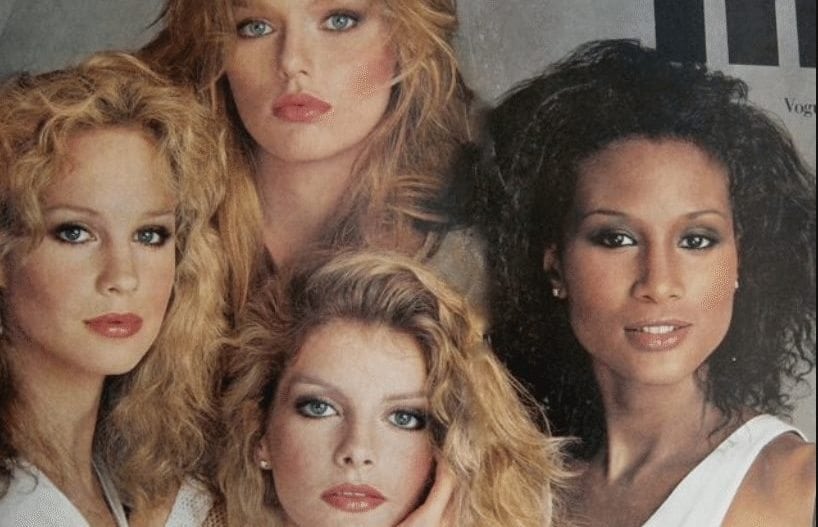 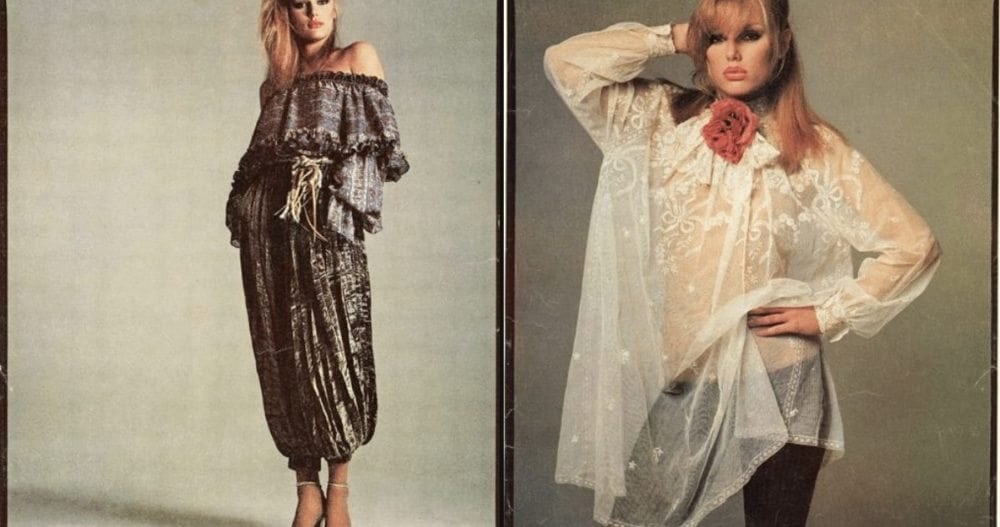 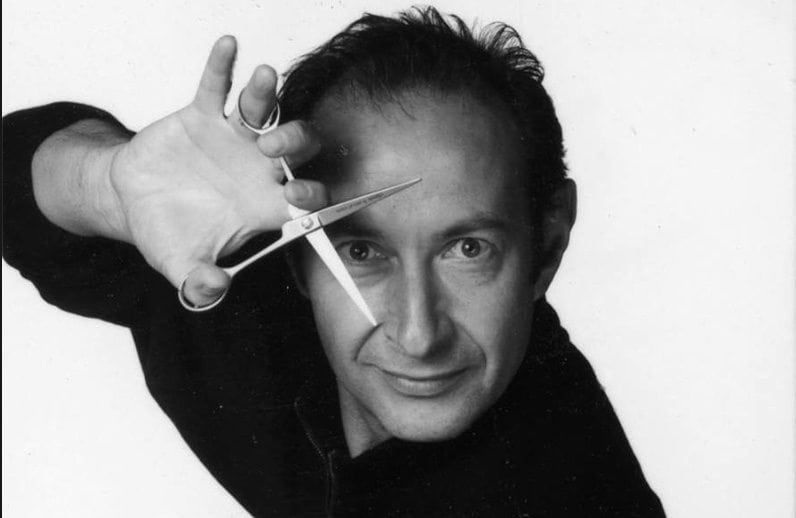 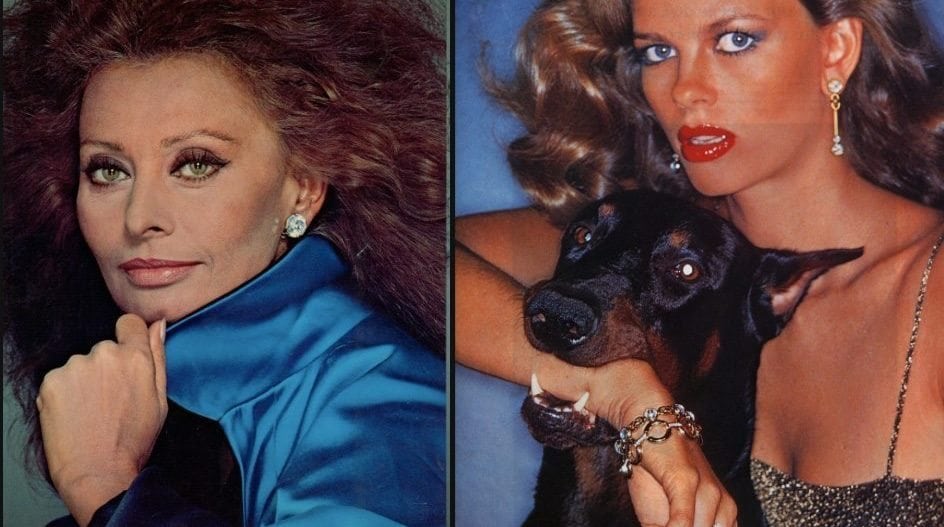 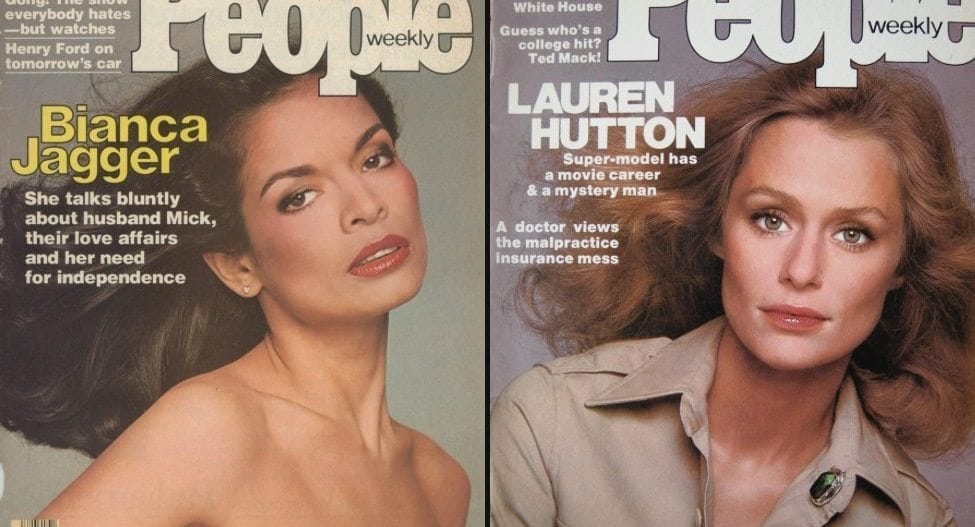 Harry King freed women from permanent wave solutions, sleeping on orange juice cans, big bonnet hairdryers and the need to have every hair shellacked into place. He’s a hairstyling legend, and we owe him our gratitude. Even if you don’t know Harry, one look and you’ll notice the mischievous twinkle in his eye and his feisty nature, and if you think he has a love for life and is a great friend, you’d be right. With five decades of stories about almost anyone you can think of—even Monica Lewinsky—Harry knows how to keep a confidence.

“Hairdressers are psychologists. If you don’t see a therapist, you see your hairdresser. Hair is secondary.”

Once a year, Harry and former supermodel, Nancy Donahue, throw one of their legendary parties for their friends in the fashion industry. That’s where I first met Harry King. Here are some snippets from our recent conversation:

Brenda: After your party, Dustin Pittman (renowned photographer and an intimate of the Andy Warhol Factory) and I shared a cab ride uptown. He said you’ve done more Cosmo (Cosmopolitan Magazine) covers than Cosmo.

Harry: He’s a sweet man. A hundred covers worldwide, more or less. I started my career at 15 as an apprentice hairdresser. By the time I was 24, I was working for the top salon in London, Michaeljohn’s. I was just so lucky. Michael’s clientele is extraordinary. In one chair, Michael would have Chita Rivera—who was doing a show in London—and John would have Julie Andrews. It was filled with celebrities and society. When the Royals started coming in, it kind of went down a bit.

Early on I invented a haircut in London called “the Lion’s Mane.” It was short layers, getting longer, longer, longer. In fact, it became mall hair. (Laughs.) So many salon’s are now named the Lion’s Mane. I was booked to do the second cover of British Cosmo, and subsequently more with big photographers like David Bailey and Bill King. It was a nightmare because Cosmo never had a look. You did a girl with a nice bosom and a tight dress. You did her hair–pretty–and she did her own makeup. The editors were always nervous about everything! When I left London, I thought, “Thank God, I’ll never have to do another Cosmo cover.” Then I’m in New York 10 minutes, and Vogue snapped me up.

B: You were a big hit! In the 70’s, you established the look for Calvin Klein and for Patti Hansen and Rene Russo. You’ve worked with all the great photographers.

H: Everybody! Deborah Turbeville was the first photographer I worked with for Vogue, then Scavullo, Irving Penn and Avedon. It was still hard because there was no concept. Then one day, I’m coming to work, and I bump into Sandy Linter, and told her I was doing another Cosmo cover.

Sandy said, “You should be so happy because every hairdresser in New York wants to do just one, and you’re doing them all.” I thought, she’s right. I’ve got to come up with a concept. America likes big hair. I’m going to do big hair!

B: I remember those covers. We all read Cosmo in the 70’s. The girls were fierce and fabulous!

H: The first thing I introduced to America, for American Vogue, was natural hair. That is really my thing. You have a great cut. Shake it about. Goodbye! Grace Mirabella loved it. My pictures of Patti Hansen and Rosie Vela on the beach, with their hair blowing… Grace said, “This is modern. This is how women look.”

B: My hair was naturally curly and I had lots of it then, so I snapped that look up! My hair was wild and fabulous like your Cosmo covers.

H: Don’t get me wrong: I love modern looks, but I still think women shouldn’t torture their hair. For Cosmo covers I did Kelly Emberg… Kelly and Nancy (Donahue) had the best hair. All my hair took me 10 minutes to do. I never set the hair. Also I was cutting everybody’s hair because I was the number one Vogue guy.

B: There weren’t blowdryers then. Did you put them under a big dryer and fluff it with your fingers or what?

H: I found this Pantene setting lotion. The models would come in; I’d spritz it with this stuff on dry hair. Then they had their makeup done, and they were back in my chair. I looked at the clothes they were going to wear for the shoot. Then I would take huge sections, huge, not little sections, and tease with a Denman brush. Then with my Mason Pearson brush, I’d brush it through. Then I would do exactly the same thing, again, but fast. Brush it through again, and with my hands… Create! The hair would jump to attention! After one shot, while the girls were changing, I’d give the photographer a brand new hairdo. With two bobby pins, I could throw it up in two minutes. I learned how my photographers worked, their technique, their angles…

B: You were the photo stylist and the hair stylist.

H: Yes, but we all made a great team. I was so successful because I was fast, and it was cool.

B: You’re cool. This morning my team and I took the train to Bedford, NY, to shoot a story. On the way back, one of them asked me what I was doing this afternoon? When I said, I’m going to spend it with Harry King, at his apartment, he said, “I hate you!” (Laughs.) Then he launched into these stories about you and your Cosmo covers. He said, “Harry took those covers to a different level because it didn’t matter what the model was wearing, it was all about the hair and the makeup.”

H: How nice. I worked with such great people.

B: What was it like to work with all of those world class photographers?

H: Everybody had their thing. With Deborah Turbeville, you’d ride around all day in a van, and then she’d see a wall, and we’d jump out. That was her process. Then of course there was Polly Mellen (stylist and fashion editor at Harpers Bazaar and Vogue), who was spectacular. Vogue was my finishing school. I learned so much from Vogue. Not just working, but lunch times and stories, because I’m now a historian of my business. It upsets me when you mention people’s names to someone in the business, today, and they don’t know anything past day before yesterday.

H: An uncle gave me a camera when I was 18, so I was always taking photos. I love the photo process. I do snapshot portraits now.

B: What camera do you use?

H: A digital Nikon. I’ve still got my film cameras. All Nikons.

B: I started as a photographer.

H: Who did you train with?

B: (Laughs.) Nobody. I’ve been taking photographs since I was a kid, plus I minored in photography and film in college. My dad was a photographer. I took his Rolleiflex to the Rolling Stones second US performance. I had a front row center seat. I went to see Bobby Rydell, Lesley Gore… I’d never heard of the Rolling Stones. That day they were these English guys who had food on their shirts. Twenty years later I read they’d been pelted with tomatoes at the first show. I was at the second show.

B: No! The Stones were the only ones I didn’t photograph. I was just a baby and didn’t know what I was doing. I think I just sat there and stared. They changed my life that day, and I’ve been a Stones’ fan ever since. I started buying their albums, and my mother would throw them away, but I’d just buy another one and another one.

B: In San Antonio, Texas, at Joe and Harry Freeman Coliseum.

H: Tomatoes… Very early 19th century behavior. (Laughter.) I just went to the premier of Keith’s new documentary, “Under the Influence,” at MoMA, then a big party at 21. It was great seeing him. I don’t hang out with him anymore, but I used to back in the day. Patti was one of my girls, and she calls me up one night–after she started going out with Keith–and invites me to come over and meet him. I was so excited.

I’m walking over there thinking, “I guess tonight I’ll be doing heroin.” (Laughter) I’m so stupid sometimes. So I go over, and from the open window, I could hear Otis Redding’s “Try a Little Tenderness.” I go up, and the door opens. Keith is standing there with arms open and says, “Harry!” I’m thinking, “Fucking hell. It’s Keith Richards!” He walks me into the room. There’s a few people there, and no one’s lying on the floor, doing heroin; no hypodermics in their arms at all.

Later we went to a private room upstairs at a Japanese restaurant, opposite Studio 54. A few of us go into the bathroom. There’s some gorgeous girl in there, taking pictures, and we’re all snorting a little bit. Then we hear this knocking. “You come out of there! You come out of there!” We come out, and we are asked to leave. As we’re leaving, I said to myself, “You’ve finally made it. You’ve been thrown out of a restaurant with Keith Richards from the Rolling Stones!”

B: How are you different now than you were 20 years ago?

H: I’m older. (Laughs.) I’ve condensed my life. Even though my life is big, I’ve simplified it. I don’t want to do studio work anymore. I love my life. I love the people in it. I’m not surrounded by any negativity. I’m comfortable with myself. I’m not 100 percent perfect because that would be…

H: How awful would that be? You’re not cutting your hair short, tomorrow, are you?

H: Good. Don’t cut too much off. I’d like to cut your hair. (Harry plays with Brenda’s hair.) Look how gorgeous you look! Sexy!

B: When I had lots of curly hair, it was wild… Actually, I’m a wild child.

H: I know you are. That’s why we’re going to get along.

FIT FOR A PRINCESS