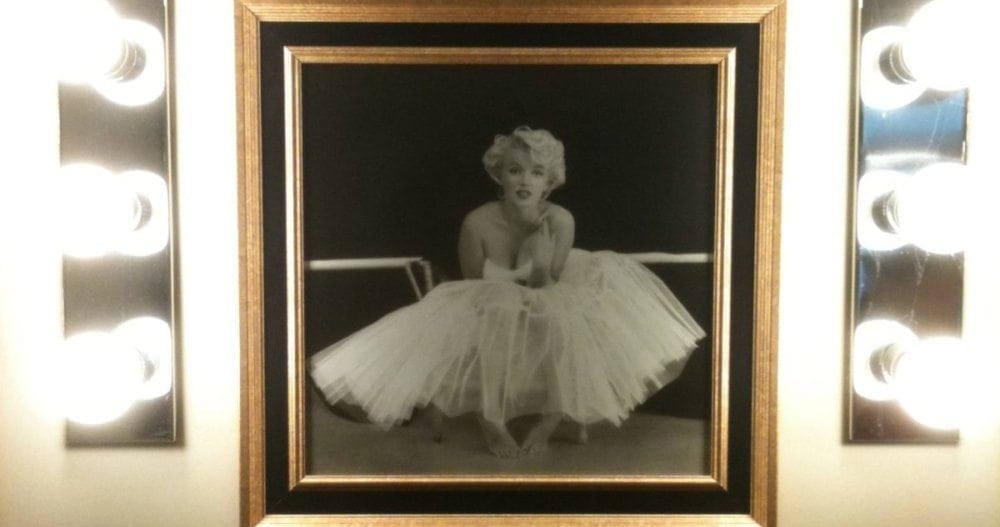 Today I sit with mother in the beauty shop at her dementia facility. It’s become more difficult to make out her words, but her eyes say everything. “I think I need a psychiatrist, she says.” Her voice is soft and raspy. “I can’t remember things.”

Mother’s lived in this facility for six years. When I tell her she has dementia, she nods like she understands, and then starts fretting all over again. Nothing I say or do breaks her cycle of fear or her obsessive picking at the bump on the top of her nose. A bump of her creation.

My thoughts shift to another beauty parlor. Mother’s hairdresser stands next to me, a pair of scissors in his hand, waiting for her instructions.

“Mother, you look pretty in green,” I say. “You should wear green more often.”

“I don’t know why they’re mad at me,” she replies. “I haven’t hit anyone, today. There! Did you see how they looked at me?”

Gently I pull mother’s hand away from the bump on her nose. She begins picking at her trousers. In a few seconds she’s pulled one of her pant legs up over her knee. She’s stick thin. Her leg is as big around as my forearm. The nurse tells me mother weighs 93 pounds, one pound for each year of her life; almost 40 pounds less than this time last year. Other than not eating much and having dementia, she’s in remarkably good shape, but clearly, she’s in mental distress. She’s taking a mild anti-anxiety drug, but if it’s helping, I hate to think how she’d be without it.

I can’t bare to see her this way. I’ve been her caregiver since I was 12. As James once reminded me, “She may not have been the mother you wanted, but you can be the daughter she needs.”

I pull her trouser leg down, lay my hand on her knee and begin to pray, out loud, in the beauty shop. “Dear Heavenly Father, mother loves you, and she loves your Son. She’s forgotten that, but you haven’t. Please don’t let her continue to suffer. It’s not a quality of life. It’s not what she would have wanted. It’s not what I want for her. Please keep her from being afraid and depressed. Please take her, Father… Sooner, rather than later.”

Looking at mother, I’m reminded of snippets of conversations from my childhood, almost like I’m watching a movie.

I’m about seven, and I’m asking the new kid next door the name of his dog. “That God damned dog,” he says. “That’s what my father calls him. What’s your name?”

My thoughts shift to another beauty parlor. Mother’s hairdresser stands next to me, a pair of scissors in his hand, waiting for her instructions.

“Poor little thing,” mother says. “Her face is so long and horsey. Long hair just makes it worse.” Mother has him cut my hair short, as though he’s using an imaginary bowl as a template, and she has him shave an inch off my hairline along the back of my neck.

In the next conversation, my father is standing in the doorway of my room, an uninvolved bystander.

“Poor little thing,” mother says to him. “Her asthma makes her poor little chest look all sunken, and her little rib cage sticks out like the hull of an abandoned ship.” She rubs Vicks Vapo-Rub over my bare, nine-year-old chest.

“You get this from your father’s side of the family,” she says to me. “When you’re older, you’ll have to watch out for diabetes, too.”

“Poor little thing,” she says to the clerk who’s helping her select my new pair of glasses. “Her lenses are so thick. They look like Coke bottles.”

“Poor little thing,” she says to the saleswoman in the department store. “She’s tall and skinny and has no figure at all.”

My thoughts bring me back to mother in her wheelchair. Once again, she’s picking at the bump on her nose. I resist the urge to say, “Poor little thing.”

When the Holidays Aren’t Merry and Bright