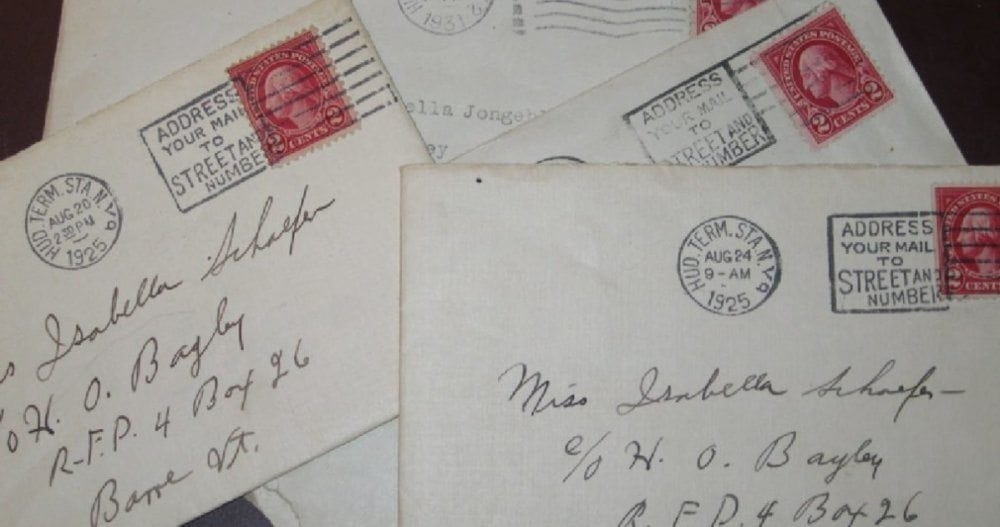 The summer of ’66 was a good one. My parents let me buy a lemon yellow bikini. My best friend’s brother was required to take us along to the beach, and even though we had to sit in the back seat and weren’t allowed to sing along to radio, we were in heaven.

One tiny pocket of discomfort that year came via my grandmother. She was vacationing in Rome, without my grandfather, who had opted to stay home and run the family business.

After a perfect day at the beach, I found this on the kitchen table, in one of those Per Via Aerea tissue-thin envelopes:

I thought New York City was noisy. But Rome is noisy with gestures! Last night I saw the Coliseum by moonlight. It was a full moon. Unfortunately, I did not have my lover with me. I hope someday you will see this beautiful sight with your special lover,

I’m sure she meant well, but the word lover was nothing I ever expected to slip from my grandmother’s lips. She was, well… ancient. She wore gray wool skirts and full-length girdles and stockings, even in the humidity of a New York City summer. I had never seen my grandparents touch each other. Sometimes she would smile at one of his silly jokes or puns, but more than likely it would be, “That’s enough, Will.”

Now, all of a sudden, he was her lover? I put the letter away and hoped the visual image it incurred would fade. Soon.

Then, a few lifetimes later, when I was in my fifties, I inherited a box of my grandparents’ letters to each other. My mother, an archivist at heart, needed to make sure they would endure, and I was her best candidate.

The letters were written when my grandmother would travel to Vermont each summer. She was in her 20s, and my grandfather—ever the practical one—stayed behind. The letters are filled with young love I never got to see in person.

“I’m not sleeping well,” he writes. “I keep telling myself not long until I see my Isabella again.”

For all my 1966 uneasiness over my grandmother’s wording, now I understood. She watched me then—young and smooth and always in love—and she was remembering herself when she was, too. I wore halter tops and let my hair get streaked by the sun. She walked along an unpaved road in Vermont in the morning, hoping for a letter from the man she loved.

When my first grandson was three, he and I were taking a walk, and I was trying to explain how we were all related.

He gave me one of those toddler giggles, an indication that he knew better than I. “You’re not a mom!” he said with absolute certainty. “You’re a grandma!”

His discovery about his grandmother awaits.

Pour Another Glass of Wine & Turn Up the Volume

Anything But The Lobster