LEE WOODRUFF, A WOMAN OF STRENGTH 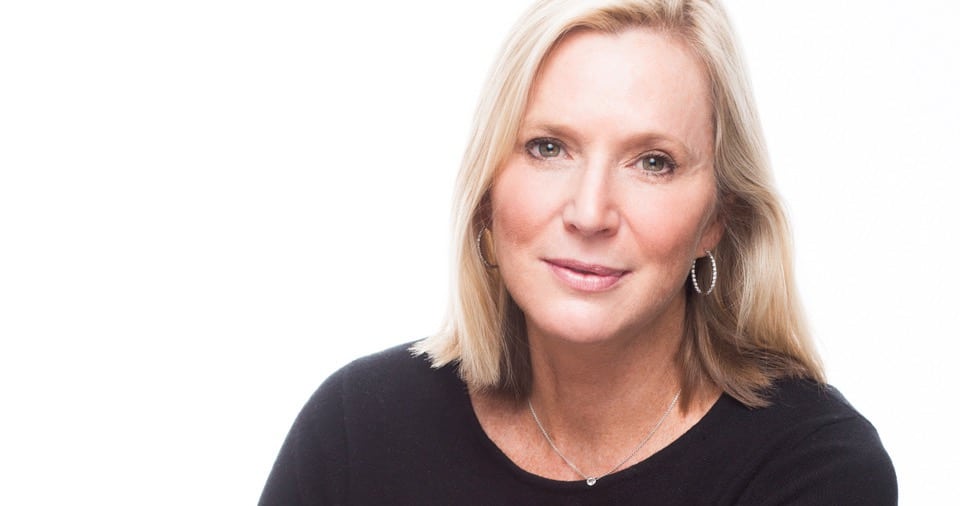 In 2006, while at Disney World with her four children, including five-year-old twins, Lee Woodruff got a phone call no spouse wants to receive. Her husband, Bob Woodruff, journalist, and co-anchor of ABC World News Tonight, had been critically injured by a roadside bomb in Iraq. Shrapnel to the brain. In their 2007, #1 New York Times Bestseller, In An Instant: A Family’s Journey of Love and Healing, Lee and Bob write with raw honesty about his injuries and the healing and recovery process for all of them.

This week I interviewed Lee. Their story is a powerful reminder that families can heal and thrive after life-altering moments.

Lee Woodruff and I met last year on a virtual zoom event. Since then we’ve emailed back and forth a number of times where her strength and sense of humor came through loud and clear. Lee is a broadcast journalist and a former contributing editor for CBS This Morning and ABC’s Good Morning America. She’s a speaker, a poignant author of three books and countless magazine articles, and she runs a communications and media training business with clients all over the world.

Here’s an edited transcript of our conversation:

BRENDA: I see why you’re in demand as a speaker and you run a communications and media training business. You’re polished and well spoken on camera. Public speaking terrifies so many people. How do you help your clients overcome their fears?

LEE: It’s a process. I don’t think there’s any magic bullet that works for everybody. The most important thing is to get to know the person as much as you can, do a lot of listening, ask a lot of questions. It’s negotiating with people’s psyches and understanding their fears and hang-ups.

BRENDA: You’re such a wonderful writer. When I first read your book, In An Instant, I literally couldn’t put it down.

BRENDA: In An Instant will always be a timely book, particularly since so many people of a certain age are getting older and having health problems, and they, or their spouse, are becoming caregivers. I think the book you and Bob wrote will always be needed.

LEE: There’s a beautiful phrase from Rosalynn Carter, something like, “There are those who’ve been caregivers, and those who’ll need caregivers.” Being a caregiver is an evergreen role in our society. People are living longer, and while the details are different—Parkinson’s, Alzheimer’s, Traumatic Brain Injury—there’s a universality of a bad thing happening, and what does healing look like? Healing isn’t always the same as cure, and then what does care look like?

BRENDA: One of the reasons I was drawn to you is because we’ve both experienced great trauma and loss and in the midst of these terrible things, we’ve pulled ourselves together and formulated next steps for ourselves and our family. In your book you write about when “the General” kicked in. Have you always been this way, or did the General show up when you learned of Bob’s accident?

LEE: I think I’ve always been the General. I’m the eldest of three girls, pretty organized. Probably more forthright as I get older. I think I made a conscious decision… so in that regard I was the General… People respond in different ways. You could just be stunned. You could legitimately and rightly fall apart and say to somebody else, ‘Help me make decisions’… but as I say in the book, I talked to people and would fall apart later. I wasn’t always the General. That was just my initial reaction, but I do believe it had to do with the fact I had four young kids with me when I got the phone call. A part of my brain was thinking, ‘You better do this right, because this could either be indelible in a good way or a bad way.’

BRENDA: Are there any strategies you can give someone for coping with the stress of being a long-term caregiver?

LEE: They all sound trite, and when you’re in the thick of it, they all sound like eye rollers. Things like try to get outside, find time with your friends, carve a tiny slice of pizza of time for yourself, but a lot of that may depend on resources. If you have someone who can come in and watch your loved one, or just be there in the house. A lot of people can rely on their friends’ network, but when I interview people for my AARP blog I hear, ‘I’m in year five, and I don’t have friends, volunteering anymore, who can come over on a regular basis and sit with (him) for two hours, so I’m always so careful about being prescriptive about that. For anyone who can afford to have a caregiver come in for two hours a few times a week, it’s probably a life changer. I talk to so many who are pinched and pressed and exhausted and at the end of their rope, and they don’t have the resources to do that, so I don’t have any answers for those people other than to listen and tell them this is hard. At the very least, instead of trying to fix it, just acknowledge that it does stink, and it’s hard and the person is doing the best they can do.

BRENDA: Any thoughts about finding ourselves again when we’re no longer in that situation?

LEE: Again, that’s so situational… I don’t think you wake up the next day and say, ‘I’m going to plan a trip to Greece.’ I think there’s a real hibernation period after a big change like that… Even though you weren’t able to do x, y and z while you were caring for them, you’re still in that hole… It’s also a wonderful turning point for many of us because we get in patterns: seeing people we really don’t care about or prioritize in our lives, but we feel we’re supposed to, or we should. When a change like that happens, it’s a chance to reevaluate your life, and how you’re spending your time, and what do you want to do differently? What do you want to do for you, for a change, because for most caregivers, that’s the last thing on the list, as you know.

BRENDA: After Bob’s accident you wrote three books. I’m wondering if writing helped you go inside and find yourself.

LEE: For sure. That’s where I’ve always found a complete sense of being absorbed by something. In An Instant was never intended to be a book. That was my journal. That was how I managed the stress of the hospital, the unknown, the coma Bob was in (for thirty-six days). I was just writing through it. Writing what happened for him, if he lived, and for my kids, if he didn’t, and just because that was a place I could exert some control of the story a little bit. So much in therapy, today, after trauma is about writing, and that was exactly what I was doing.

BRENDA: Talk to me about the nonprofit Bob Woodruff Foundation you and Bob started. Since you began, you’ve raised $80M dollars to care for members of the military with Traumatic Brain Injury and their families. That’s awesome!

LEE: It was a time in the war when those with brain injuries were coming back and people in America didn’t really know what was happening. We didn’t know how Bob would survive, and his brothers and I kind of made a pact and said, ‘If he gets better, we need to use our voice and all the attention his injury has gotten and turn it back on these families… ‘ It started and grew, and it was part of our therapy, this thing that could give back to others, and that makes the bad thing at least have a purpose. It just became something bigger than us, and we’re both really proud of what it’s done for families.

BRENDA: I’m sorry we didn’t get a chance to do this before the holidays, because I wanted people who were thinking about making an end-of-year, tax-free donation to read this and think about giving to the foundation.

LEE: It’s been such a hard time for so many families, that even giving a little bit every month to organizations they care about is good. I think anybody who reads this, at any time, can always help. It’s nice to be able to write a fifty dollar check in February. Every organization needs that.

One of my favorite interviews with Lee and Bob, 2017. When you read about the severity of his injuries, you realize Bob is a walking miracle.

I encourage everyone to visit the Bob Woodruff Foundation and see the impact Bob and Lee’s nonprofit has made for those with traumatic brain injuries. So far the foundation’s funded and shaped the most innovative programs to support our injured heroes, and they’ve reach more than 11 million veterans and their families across the country. If you’re so inclined, you might consider writing a tax deductible check for whatever you can afford.

Over the years I’ve given their inspiring book, In An Instant, to friends whose family members have suffered a debilitating stroke, a serious heart problem, and now Covid. If you, or someone you know, find yourself in need of a big bouquet of hope and inspiration, may I suggest Lee and Bob’s book. They write about more than his injury and recovery–how they met, and when they lived in Beijing, China. Both were at Tiananmen Square when the protests and the massacres happened. It’s the only insider’s account of this time I’ve read, and it’s riveting, as is the entire book.

Speaking of books, one of my favorite places to discover new books is Lee’s monthly Bookmarks Blog. You can subscribe to it on LeeWoodruff.com.

ELIZABETH TAYLOR, A ROLE MODEL FOR WOMEN OVER 50