IS YOUR PHARMACIST GIVING YOU THE WRONG MEDICATION? 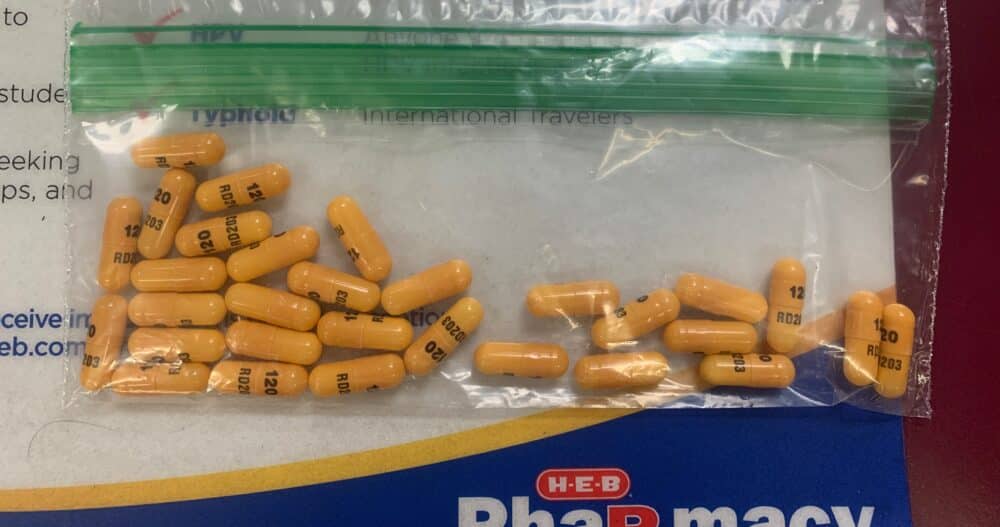 There are a lot of things in life we need to be afraid of, but our pharmacy shouldn’t be one of them. Last week I picked up a prescription for a heart medication. Later, at home, I reached for a glass of water and paused a few seconds before swallowing it.

And in that moment, I realized the capsule in my hand was not my usual medication.

Chemotherapy for breast cancer left me with A-Fib and A-Flutter, a condition that puts me at higher risk for stroke. The medication I take to control it is an orange and white capsule, but the newly filled prescription I almost swallowed was solid orange.

Upon closer inspection, I noticed there were a lot of solid orange capsules in the bottle, and when I dumped all 90 of the prescription count out on my kitchen counter, only 60 were my regular orange and white capsules. The other 30 were solid orange.

When I looked even closer, the orange capsules were physically larger, and the numbers stamped on them indicated a higher milligram than my usual prescription. Instead of the 80mg on my regular orange and white medication, the solid orange ones said 120mg.

My first thoughts were what is the drug in the orange capsule, and how the flip did this happen?

I put the larger orange capsules in a clear plastic baggie and returned them, and the newly filled bottle to HEB, a privately held supermarket chain based in San Antonio, with more than 340 stores in the US and Mexico. The HEB pharmacist didn’t seem at all alarmed or bothered by what I showed her.

“No problem. We’ll just refill it with the proper prescription,” she said. She took everything and disappeared, and in a few minutes she came back and said, “We’ll also give you a gift certificate for your trouble.”

My trouble? Her words flew all over me, but I remained calm.

“How much would the gift certificate be?” I asked.

The pharmacist just stood there and said nothing.

“I have two separate heart conditions I take medication for,” I said. “I don’t know what the orange capsule is, or what it would have done to me. No. I don’t want a gift certificate. I want to know how this happened. Can you look in your computer records and see who filled my prescription?”

“There’s no way to determine that,” she said.

“You mean you can’t see when it was filled and by whom?”

She continued to stare at me and say nothing.

“Don’t you want to know who did this? This is more than a mistake. How could somebody count out 30 capsules that were the wrong milligram, size, and color—plus I don’t even know what drug this is—and then put them in the same bottle along with 60 other capsules that are a different milligram, size, and color? How could they not notice what they’d done? I’d like to see the manager.”

Patrick, the store manager of that San Antonio HEB wasn’t any more helpful or comforting. Inside, his alarm bells must have been going off bigger than Dallas, but outwardly he echoed the pharmacist’s offer of a gift certificate! Grrrr….

By now it was obvious HEB was covering their posteriors, but their lack of concern was almost as bad as the 30 mystery capsules in my prescription bottle. “The person who did this has no business filling prescription medication,” I said. They need to be fired and drug tested. Does HEB drug test their pharmacists and pharmacy employees?”

“I’ll look into it,” the manager said.

“We can give you a credit on the card you used to pay for them.”

I’m not accusing the pharmacist who filled my prescription of being on drugs, but clearly they weren’t in their right mind, either. It wasn’t one pill that “accidentally” found its way into a bottle of 90. That would have been bad enough, but there were 30. Someone was asleep at the wheel.

Over the years, the incidence of pharmacists and pharmacy technicians with substance abuse addictions has skyrocketed. In 2020, Drug Diversion Digest estimated that at least 148 million doses of drugs such as Hydrocodone and derivatives like Oxycontin, along with Vicodin, Valium, Xanax, and Ativan were “diverted” away from customers, but analysts suspect the actual figure may be much higher.

The theft and use of addicting drugs by pharmacists are leading to prescription errors and deadly mistakes that place us, the unsuspecting public at risk. Is your pharmacist giving you the wrong medication?

Be vigilant. Double-check that the prescription medication you’re about to take is the right medication. Your life could depend on it.

TWO SECRETS TO AMAZING STYLE OVER 50

TODAY COMES THIS WAY BUT ONCE

THE STORIES WE TELL OURSELVES