GRANDMOTHERS ARE SO INFLUENTIAL 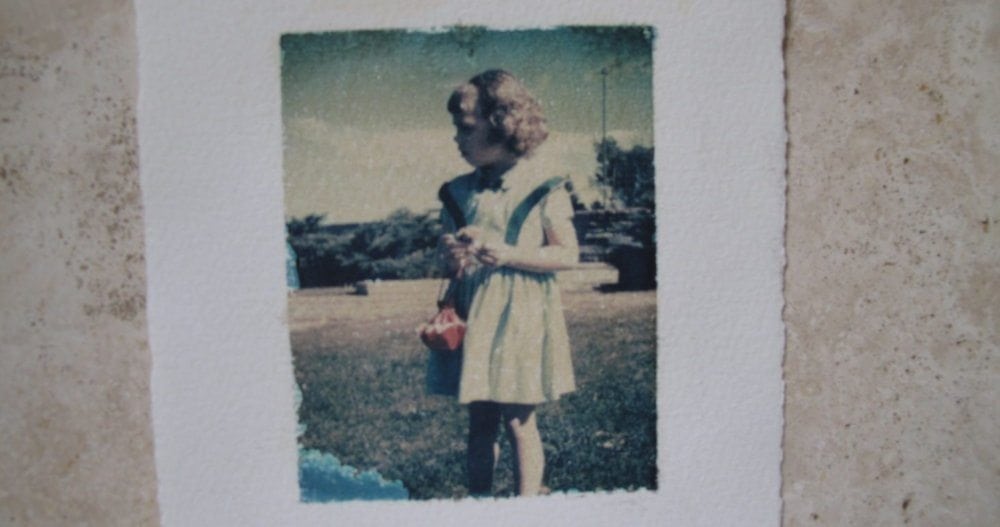 I STILL haven't unpacked my photos, so I don't have one of my grandmother. This is me, a few years older than when I "axed Mamie's floor!"

I’ve been thinking a lot about my grandmother, wishing I could tell her how much I admired her strength and thank her for being my role model.

Her name was Dorathy, with an “a,” not an “o,” and she was a strong, no nonsense woman. Her parenting skills, raising my father, were this side of Gestapo tactics, but I don’t remember her ever scolding me, even when I’d ruined my pretty dress and made a mess of her floor that day.

By the time I was born, Dorathy was divorced and a working woman in a time when both were a rarity. Regardless of the circumstances, women were expected to stick it out. While I don’t know both sides of the story, I doubt she was the “little woman,” waiting at home to satisfy her husband’s every need and my grandfather… Let’s just say he was a good-looking man who went from town to town in the midwest, selling Encyclopedia Britannica.

During my father’s last weeks with terminal cancer, Mamie came to live with us and be near him. After he died both Mamie and mother were devastated, but while mother fell apart, I knew Mamie’s grief wouldn’t take her down for the count. At some point, two women in the house became more than either could handle, and Mamie went home. From then on, she and I visited one another frequently and/or talked on the phone every Saturday morning until the week she died. She was in her early 90’s.

While there wasn’t much love lost between Mamie and mother, Mamie never spoke ill of mother to me. In fact it was Mamie who would always ask, “When’s the last time you talked to your mother? You should call her, Brenda. She’s your mother!”

When Mamie retired, she was head of the Air Force Reserve personnel records for the Air Force Finance Center in Denver—an impressive job for a woman of any generation. When she was in her late 70’s or early 80’s, she went back to college and took writing and english classes. She loved those classes! I’m ashamed to say I wasn’t as impressed as I should have been. I now realize how brave that was of her. Women didn’t do that then, either.

My grandmother’s dresser, which was my father’s when he was a little boy, is upstairs in my guest room. The drawers are still lined with the paper liners she placed there, and every time I open one, I smell her favorite perfume, Elsa Schiaparelli’s “Shocking Pink.” It always makes me smile because I know she’s part of me. Sometimes I say, “Hi, Mamie!” Other times I’m melancholy because there were so many things I should have asked her, shared with her, told her… In many ways her examples made me a stronger woman. I also know without her, I would have had a very different life. I love you, Mamie! Thank you.

10 Things That Scare Me More Than Aging

I’M WITHOUT A MAN IN MY LIFE