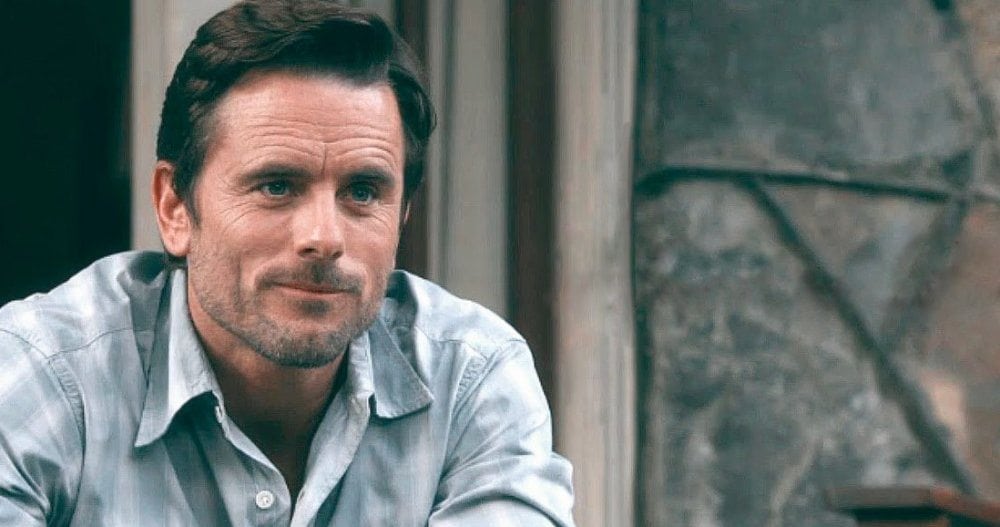 What is it about Deacon Claybourne that makes my ole’ heart go pit-a-pat, pit-a-pat? Just about everything! The way he looks at Rayna, a woman his own age—an anomaly on television—and the way his eyes well up with love for Maddy and Daphney. Deacon’s either blooming tears or ready to throw a punch. There’s nothing wishy-washy about Deacon Claybourne. He’s a man who knows what he wants; a big softie, deep down to the core of that handsome, craggy tough guy.

Deacon Claybourne is the consummate bad boy with the heart of gold, a fictional character on ABC’s Nashville.

We cheered him on as he walked the 12 steps to sobriety and back into Rayna’s life. We rooted for him as he stopped her from marrying that other guy, and we wept when he reconnected with his sister, Beverly. And really, I was ready to quit watching when they almost killed him off in a car accident.

But Deacon has lived to see another season… or three. In real life, he’s on tour with the other Nashville stars and croons to sold-out crowds, and he’s a regular at the Grand Ole’ Opry. I saw him! I bought the t-shirt.

Who hasn’t loved a Deacon at some point, if only from afar? What is it about this character that has turned middle-aged women into die-hard fans? From my perspective, he awakens the girl in me.

I had two bad boy relationships in my life and although I knew neither one was suitable husband material, they plucked a chord so deep inside me that I vibrated for years. They strummed my inner romantic and fanned the fire in my blood. Is it odd that both played the guitar? Both swore they loved me—to abstraction—and both cheated like hell. They broke my heart a thousand times, and a thousand and one times, I left them.

Loving a bad boy is like eating something you know will make you sick, but you do it anyway, accepting the consequences. It’s knocking back those shots because everyone’s singing and having a good time, and one more never killed anyone, anyway. But it has.

Loving Deacon is redemption from loves past because Nashville’s writers have written him ‘good.’ He really wants to straighten out, and we believe he can. When he stumbles, our hearts flutters. When he falls, we have faith he will get up, again. The actor who portrays Deacon Claybourne is Charles “Chip” Esten, a good family man: a husband, a dad. At 50ish, he’s been a working actor and a comedian for years. Isn’t it interesting that Nashville’s baddest boy is, in reality, one of the good guys? It’s safe. It’s reassuring. So when he sings, his sad smile melts your heart, and his twang tickles your toes. It’s all good. 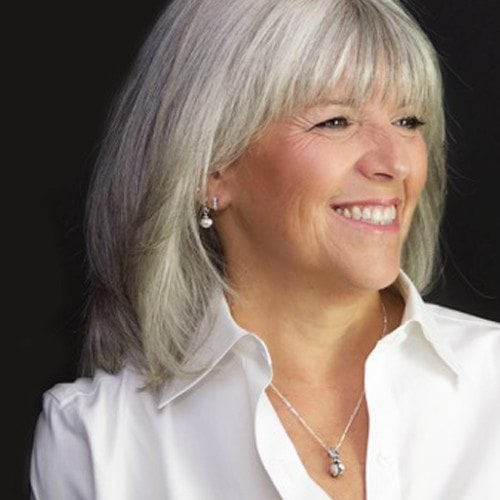 Debbie Slevin is an award-winning essayist, author, theatrical producer/director, teacher, tenacious reporter and emotional softie. She’s the author of the new book, UnPregnant Pause: Where Are the Babies?, a regular contributor to the Hampton’s Dan’s Papers and Huffpo50 Blog. Debbie loves talking to people and believes everyone has a story to tell. She recently completed a new play about Mark Twain’s women and will be producing it soon. Debbie is married with three children, one grandchild—who lights up her life—and a new puppy.

The Beads of Life