Survival Tips for the Mid-Life Wedding 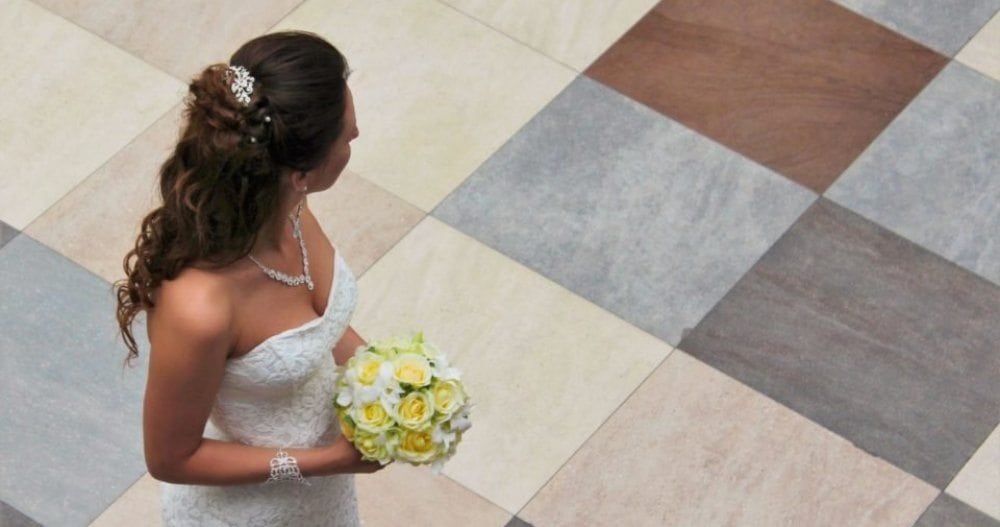 As some of you know, I’m getting married this year. Second time’s the charm.

It’s odd getting married at this stage of life. You feel a little old to be the blushing bride and yet want to do something celebratory. Initially we planned a destination wedding in the islands. That worked until I talked with the resort’s wedding planner about the details of the ceremony. She informed me I’d have to make my way to the wedding gazebo on my own, past three different pools. I had visions of some sweaty guy in a banana hammock, juggling eight Piña Coladas, crashing into me on my way to the altar. In a panic, I cancelled it all and booked the local church.

Have you shopped for a wedding dress lately? When I got married the first time, it was 1994, and I wore something that looked like a sundae. Two years after I was wed, Carolyn Bessette married JFK Jr., setting the stage for pared-down, bias cut dresses that became popular for years to come.

Somewhere between 1996 and 2016, things became even more minimalist, and now everyone sports the naked dress. This season many gowns feature cutouts to show off the skin right above one’s hip bones. This looks divine on Karlie Kloss.

On me, it’s like someone drew a circle in Sharpie marker right around my love handles.

Also wedding gowns are now seriously expensive. I found one that was perfect, save for the five figure price tag equalling two years of tuition at a decent university. No sale.

In the end I bought a gown from the designer behind Grace Kelly’s gown. Her company was the “it girl” for weddings until the early 2000’s. Somehow I felt a kinship with this label in a way that went well beyond the hand-finished silk.

We’re still in search of a photographer who doesn’t insist on using drones or channeling his inner Wes Anderson by asking us to pose ironically with falcons. All I want are couple of highly airbrushed candids for my Instagram account. Surely it can’t be this hard.

We did find a DJ. He’s our age, which is key. We do not want an evening of nothing but Drake songs. Not even Drake can dance to Drake, so we don’t stand a chance. This guy understands that an excellent playlist includes very few songs written after the 80s.

So this New Year’s Eve, while other brides will be dancing to D.R.A.M. while showing off their midriffs, I’m looking forward to a little Etta James, a vintage YSL jacket, and a groom who knows a lot about life and love. Because that’s what mid-life marriage is really all about.

Hiking Poles Not Just for Trekking