IT’S NOT AN AGE SPOT. IT’S MY PATINA. 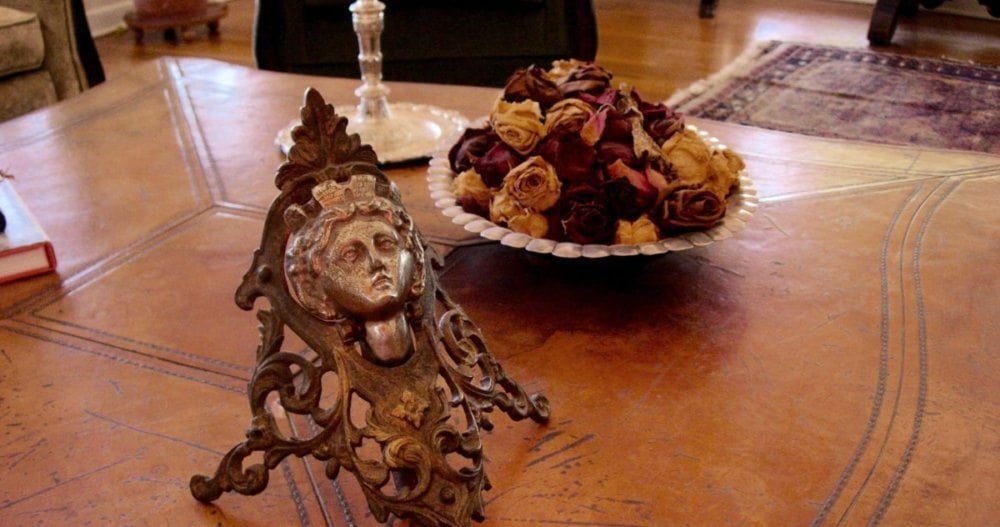 When most of us think of the word “patina,” we think of the way time has caressed a building or a piece of metal, changing it’s character and often making the object more valuable. One of the things I knew I’d miss most when I sold my ranch earlier this year was the patina of the Little House’s 100-year-old, corrugated tin roof.

There’s something charming about the word “patina.” Wouldn’t it be great if we used patina to describe what happens to us as we age instead of “age spots” and “wrinkles?”

In the case of metals–like copper and bronze–the changing of colors is accepted as natural. The Statue of Liberty, for example, gets its green color from the natural patina of time that forms on its copper surface. Many new objects are deliberately distressed to simulate patina, antiquity and value. If you watch “Fixer Upper,” you know Joanna Gaines loves to paint and distress wood tables. When I was in my 20s, I wouldn’t have dreamed of buying anything that looked old or worn. I bought pristine Mies van der Rhoe Barcelona chairs and a new leather coffee table with cool top stitching. Over the years, they’ve both developed their own patina that have become precious memories.

The Barcelona chairs were a favorite resting place for Blanche DuBois, my beloved calico cat. Then there was the time some friends sat in them and ate buttered popcorn during film night at our house. The caramel leather cushions–with their tiny pinpricks and dark spots–now remind me of Blanche and my friends.

The oversized, square, leather coffee table was often the place where we had fondue dinners for anywhere from four to eight people. We all sat on the floor, dipping our fondue forks into boiling oil, or hot melted cheese, dragging the contents across the leather table to our plates.

The same leather table was sometimes a work table that held x-acto knives, superglue and paint thinner for building and painting balsa wood kites we flew on windy days. On the 4th of July, we dumped the contents of dozens of smaller fireworks onto a newspaper and used the gunpowder to power larger rockets we built and launched when it got dark. The table was so large, sometimes I sat crosslegged–in the middle of the table–to be closer to friends seated around the other sides.

It wasn’t until 20 years later when an interior designer offered to buy my “battered” leather table that I began to appreciate it. She said the patina was something you couldn’t recreate, and she could sell it for five times what I paid for it. It was then I began to buy 200-year-old, threadbare Oushak rugs and old Fortuny fabrics to cover pillows.

WHERE IS THE STRUGGLE?