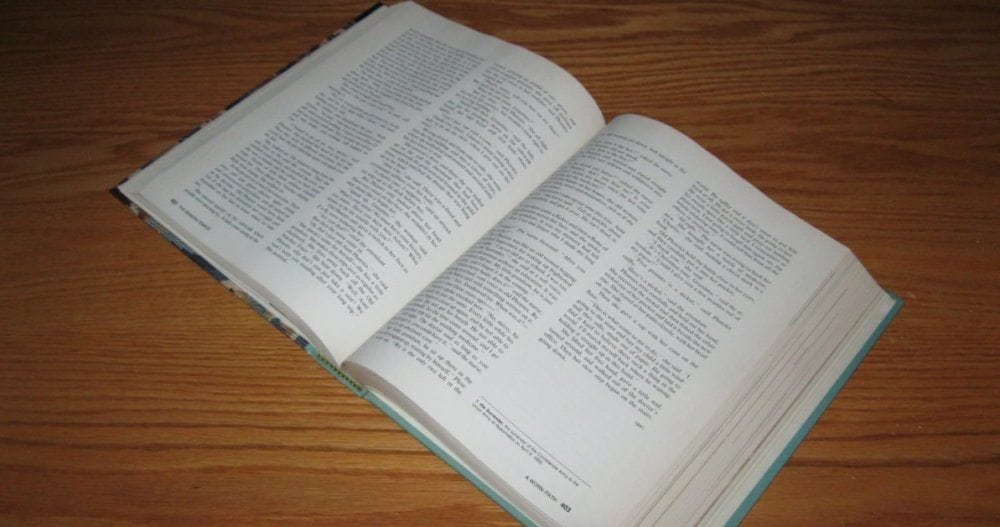 I started college in September, 1968, and quickly forgot why I was supposed to be there.

I wasn’t against learning; I just had other priorities, and there were only so many hours in a day. I seemed to be driving young men crazy, a new phenomenon for me. The more I attracted attention, the better I got at it. It was almost mathematical. Or, to put it another way, if I’d looked like this back in 6th grade, I probably would have been picked first or second in Square Dancing. Definitely in the top five.

So I’d mastered the social part of college early on, but then in November, midterms loomed. I began to notice that my study regimen wasn’t working the way I’d hoped.

I blamed my professors for this. If asked my opinion, I would have said the profession was getting a little lax. I’m sure my parents thought they could count on strict rules about attendance and grading in exchange for the tuition money they were shelling out. But the old rules weren’t resonating with younger teachers who were walking into class humming Dylan tunes. Attendance wasn’t mandatory in many of my classes, and that didn’t bode well for me.

One of my professors, a young man who taught English 101, would come in late and sit cross-legged on the desk in the front of the room and say, “So, what do you guys want to talk about today?” The answer was hardly ever subject-verb agreement.

There were, unfortunately, still midterms and finals in the mix. And there was my particular rub.

And that’s when I discovered it was much harder to absorb 250 pages of text in one sitting than you might think. I opened my Sociology book for the first time ever, cracking the virginal binding, at 11 PM the night before the 9 AM exam. Within an hour, I was erupting in sobs.

My roommate, Randi, heard me (perhaps the reason I chose space in the hall, right outside our room?). She padded out in her bathrobe and fuzzy slippers. She was taking the same course with the same professor but had chosen a different route early in the semester. At first her attention to detail had annoyed me.

After dinner, she’d say things like, “See you later. I’m going to the library to study.” Sometimes she actually used the word homework, and I’d want to shake some sense into her.

“Come on,” I’d think, as if she were a little sister who didn’t know any better. “We’re in college. There is no homework in college.”

This night made it Randi’s turn to talk. She sat down in one of the lounge chairs.

“I have outlines,” she said softly. They’ll help us. Don’t cry.”

It was so late we both had red eyes and just wanted to lay our heads on our pillows. That night signaled the start of what would be the most important course I’d take in college.

The first lesson was at midnight. Called grace. Taught by my roommate in fuzzy pink slippers. Rubbing her eyes and saying, “Okay, so let’s start with an independent variable…”

For the Love of Food