ARE YOU AFRAID OF DEATH? 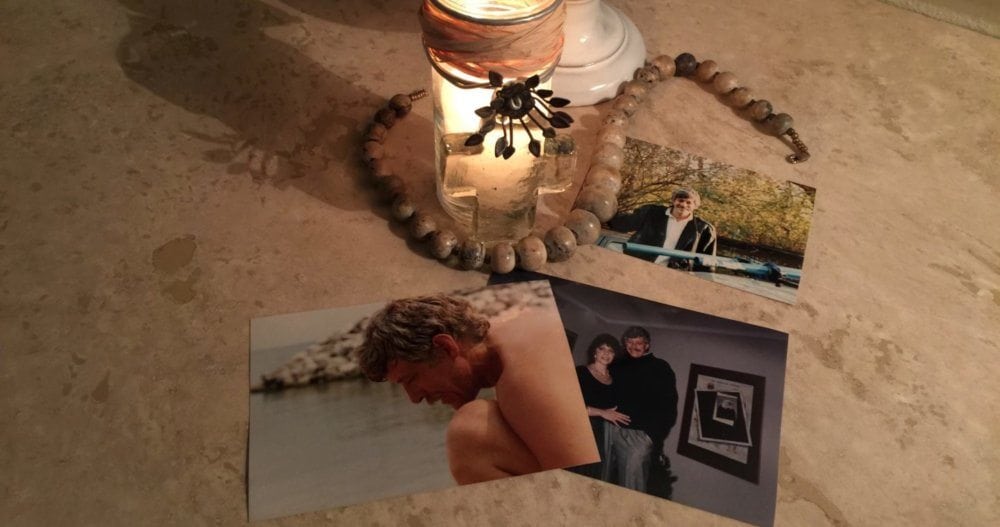 Fear dictates our feelings about a great many things, especially death and dying. Death is something we try to outrun our entire lives, but because we don’t keep our end time in sight, many of us don’t live our best lives.

I’ve already realized my biggest fears—my two husbands died and I’ve had cancer—so death holds no fear for me.

I sometimes think those of us who’ve received a cancer diagnosis are not as afraid to talk about death as those who haven’t. Many friends and family don’t know what to say to us, much less want to hear our thoughts about death.

Several years after I married James I learned my ex-boyfriend had lung cancer. The last time I’d seen him, this brilliant Princeton grad was being stuffed into a police car for violating my protection order. When I heard about his diagnosis, I asked James if he’d mind if I called him.

The next day I went to the hospital where I learned his newly diagnosed lung cancer had metastasized to his brain. When his doctors forbid him to drive, I took him to chemo, helped him grocery shop, and when he and his family couldn’t bring themselves to ask how long he had to live, I had that conversation with his doctors, then with him and his family.

The day he died his friend called and asked me to come. “You’re so good with him,” she said. “He’s always better after you leave.” When I arrived his eyes were closed, and the blankets pulled up under his chin. His head was covered in a ski cap. For two hours I held his hand and reminisced about our six years together.

“Remember when we drove to Memphis in that wicked rainstorm while we listened to Paul Simon’s Graceland?” His hand stirred lightly in mine. I wondered if it was a coincidence or if he’d heard me. “And what about the time we windsurfed around the oil tanker and the wind died? We paddled for hours in the dark. I wasn’t sure we’d ever reach that tiny light on the beach.” Again his hand moved, but this time, I knew he’d heard me.

The whole time his family and friends stayed in the living room as though his bedroom were the portal to the dark side. I remember thinking if I left, would anyone know when he died?

“The necklace you bought me in the Yucatan? I still wear it.” His eyelids fluttered. I knew a minister had been to see him earlier in the week—when he was fully conscious—and had baptized him. “I know there’s a God. Of that, I am certain. Your family’s here, and they love you. It’s okay to let go and be with God.” I felt his hand stir in mine for what would be the last time.

James went with me to the memorial service. That night as I removed the necklace my ex-boyfriend had bought me, the clasp broke. Grey stones and tiny brass beads hit the floor and rolled in every direction.

As I tried to retrieve them, I wondered if it was coincidental, or maybe he was saying goodbye.

If you know someone who’s dying, remember… They’re still among the living. While you may be uncomfortable with their impending death, don’t ignore them. Don’t be afraid to tell them what they’ve meant to you, what you will remember about them. It’s okay to say, “I don’t know what to say” or “What can I do for your family?” And if you cry? Big wup! At least they will know you care.

Every death should be a wakeup call for the rest of us to live our best lives, and in the process, to lessen our fear of dying.