JEALOUSY BETWEEN WOMEN OVER 50 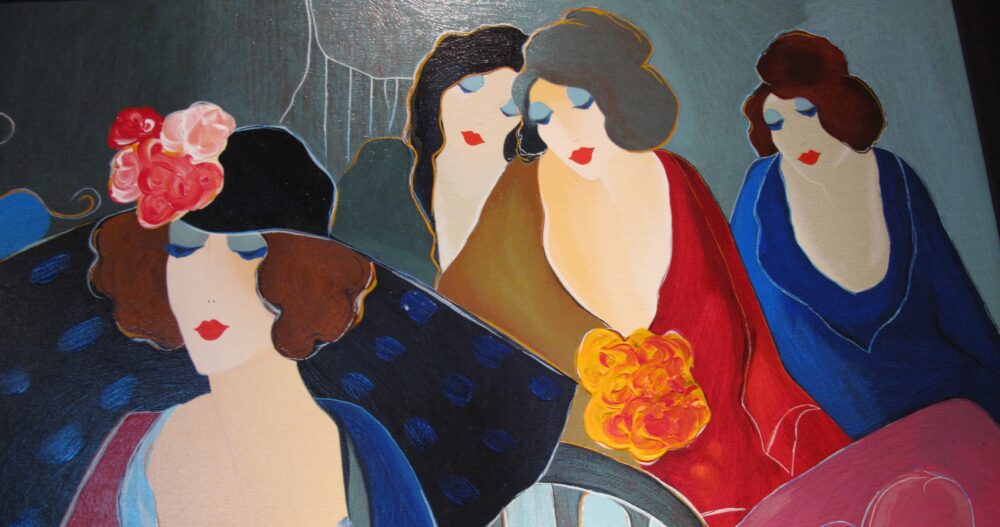 Recently a woman I’ve known most of my life and I were on the phone, talking about things like bunion surgery, life, and how difficult it is to make new friends when we reach a certain age. By the time our children are adults and have lives of their own, many of the friends we made when we were in parent/teacher groups have scattered. Or maybe we’ve gotten a divorce, or our spouse or partner died, and we no longer fit in with our old crowd. Then again, maybe we’re running with the wrong crowd.

My friend, let’s call her Patricia, has given me permission to share a couple of threads from our conversation.

“I feel like I’m living in the aftermath of Sherman’s march through Georgia,” Patricia said, a reference to when General William Tecumseh Sherman burned nearly all of Atlanta during the Civil War. “My old friends are gone, and I no longer fit in with a group I’ve belonged to for almost twenty years.”

“What makes you feel that way?” I asked.

“It’s not any one thing. Maybe I’m being too sensitive. Some of their recent comments caught me off-guard, so I may not be relaying the exact words, but the gist of it was something like, ‘Patricia looks younger than the rest of us. She wears makeup and she’s always so put together.’”

“I don’t think she meant to offend you,” I said. “It sounds like a complement. You’re attractive, and you’ve always worn makeup and looked nice.”

“It wasn’t that. It was the tone and the catty response from another woman who said, ‘Well… She won’t always look that way!’

She wasn’t trying to be funny. She was dead serious, and they were having this conversation like I wasn’t even in the room. Would they feel better if I didn’t wear makeup and just schlepped around?”

“Then there’s the comment another member made to me a few months ago: We were all saying our goodbyes, and she was saying things like ‘Have a great weekend’ and ‘Enjoy your time with your grandchildren,’ but when she looked at me she said, ‘Go be beautiful.’”

At that remark, I let out an audible gasp on my end of the phone. “Does she know you? Does she know what you’ve accomplished and how difficult your life has been?”

“Yes! We’ve been in this group for nearly twenty years. I feel like how I look is my only value.”

Other than suggesting the usual “join a church, become a docent at a hospital or a museum, and you’re running with small-minded women,” I was at a loss for what to tell her about making new friends, but I know how she feels. Someone who’s different makes people uncomfortable. I’ve led a big life, and I don’t always fit in. I’ve also been widowed twice, and I’ve learned single women of a certain age aren’t always welcome, especially if there are spouses involved, but I don’t think that’s what’s going on with Patricia’s friends.

Maybe I’m feeling bad for my friend, but it occurred to me those women might be jealous. At the very least, thoughtless in their choice of words. By now, I’d hoped we’d be more considerate of one another.

WHAT HAPPENS TO A WOMAN’S BUTT AFTER 50