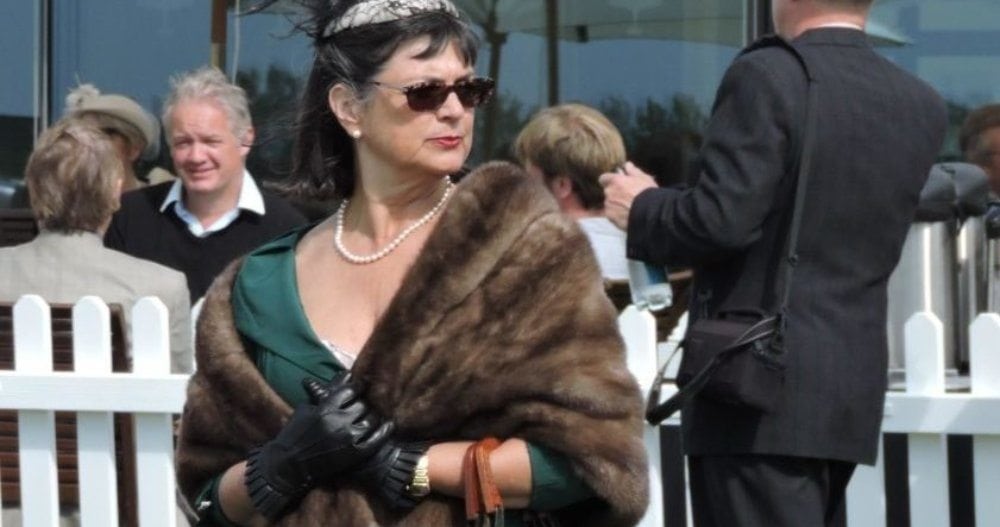 The Swiss village of Bubendorf has denied a family Swiss citizenship because they wore sweatpants outside of the house too often. While it seems somewhat harsh to deny one citizenship due to a fashion faux pas, I’m not entirely opposed to the sentiment.

I find sloppy dressing depressing. I know people like to be comfortable and, at times, it’s hard to muster the energy to put on something smart. But even if your life is going to hell in a handbasket, it does not mean you have to dress for it. In the heart of post-partum depression, I managed to put on a sweater and a decent pair of pants. I knew I needed to seek help when I couldn’t be bothered with jewelry. Like Clairee in Steel Magnolias, I believe “The only thing that separates us from the animals is our ability to accessorize.” I was somewhat mortified when, in a documentary on post-partum depression, snippets of my writing were read by an actress swathed in a ratty pink bathrobe. As if!

On the weekend, we were at a charity polo match, which involved sitting in the blazing sun for hours. The highlight of the day is the divot stomp, where one leaps over piles of horse manure in exchange for a thimbleful of champagne. In spite of the obvious obstacles, the women looked fabulous. One woman strode by in six-inch heels while her four-year-old shouted, “Let’s have a race, mama!” If some are willing to wear stilettos on a field, surely others can put on a collared shirt when out for dinner, no?

I believe dressing up is part of the social contract: if you are going to be an active member of society, you need to put on a proper pair of pants.

Yoga pants are terrific when one is doing yoga. If they are worn to your local Red Lobster, however, they transform into cheap trousers that show things nobody else wants to see. This whole athleisurewear thing is of the devil as far as I’m concerned. How hard is it to slip on a cute summer dress? Even churches – the last bastion of nylons and hats – have become a sea of track pants and baseball caps. I ask you, is this one’s Utmost for His Highest?

It’s an uphill battle when it comes to my kids. If my son had his way, he’d wear the same tired, red, t-shirt 365 days a year, including at my upcoming wedding. Every once in a while I have to frogmarch the kids into Brooks Brothers and threaten them with matching tennis sweaters until they agree to smarten up.

Perhaps I should head to Switzerland to be among my people. What is considered fussy, in my neck of the woods, would make me downright moderate. Plus, there is all of that chocolate and cheese. I wonder how big a suitcase I’d need for my dresses and hats and heels?

Who are You, Really?

Two Out of Three Pigs…